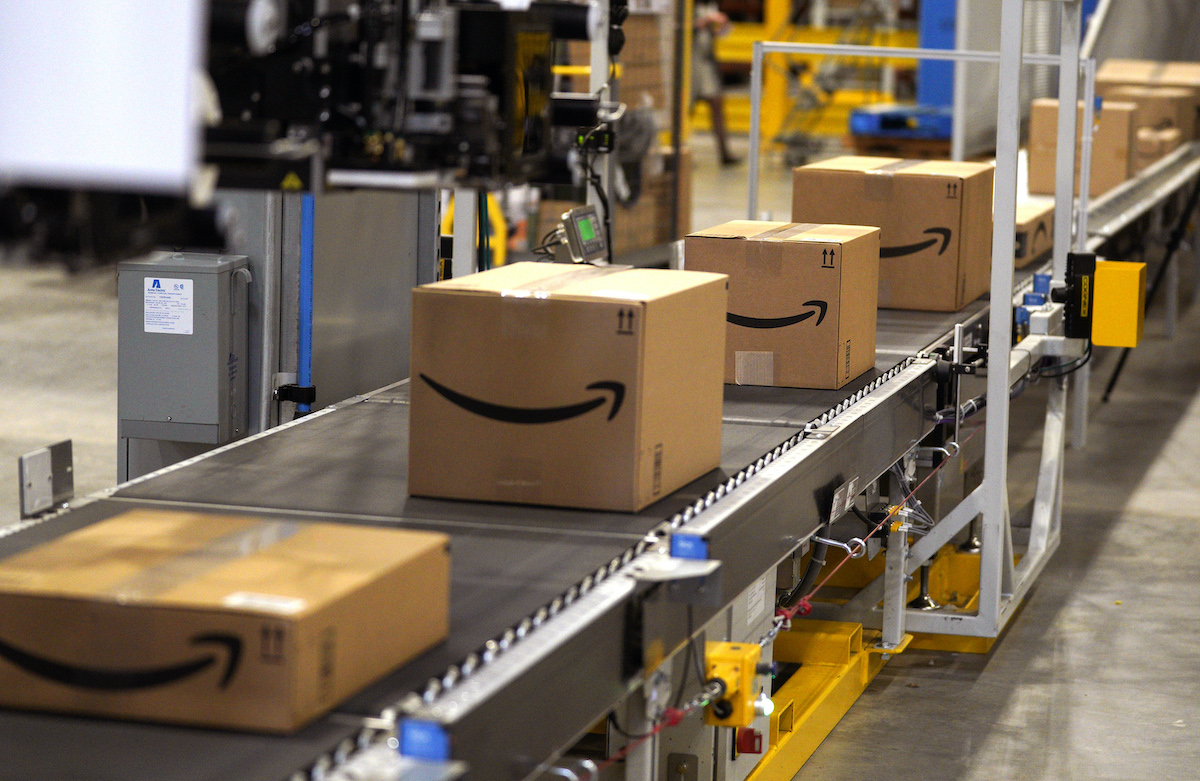 A few years ago, Amazon launched their “FC Ambassador” program in an attempt to convince us that their workers aren’t overworked, underpaid, frequently injured, and forced to urinate in bottles because they don’t have time for bathroom breaks. It is, hands down, one of their weirdest PR campaigns to date.

FC (fulfillment center) ambassadors are allegedly real human Amazon employees who love their jobs so much that they have special Twitter accounts to document their joy. Over the last few days, some of these accounts have also taken to criticizing unions, which I’m sure is just a total coincidence seeing as Amazon workers in Alabama just had the biggest union vote in the company’s history and Amazon has been working overtime to quash the unionization effort.

There’s been a rash of these @AmazonFC-insert-name-here accounts tweeting textbook anti-union talking points in the last few days.

I always like to put my employer’s name in my Twitter handle because I am a real person who definitely exists. pic.twitter.com/rHSbKeII5b

It’s actually hard to tell which of these Amazon FC accounts are real, which are bots, and which are parodies. Although if you can’t tell the actual employees from satire, that might be a good sign that your PR campaign is a little too dystopian to be effective in the first place.

Twitter has now begun suspending the “fake” accounts but again, fake can mean different things here. That @AmazonFCDarla account in the tweet above is reportedly not associated with Amazon at all. This other account for “Burt” doesn’t actually use the Amazon FC name but his profile reads “Happy Amazon employee,” and was suspended after being called out for using a fake picture.

Amazon didn’t even really try with this one lol pic.twitter.com/Q9dyTzKqns

It’s been pointed out that the “real” (meaning Amazon-operated, not necessarily human but not parody troll) accounts post through the platform Sprinklr. (This makes sense since these tweets are part of these employees’ jobs and need to be tracked and measured by the company.)

There are quite a few of those Sprinklr-using accounts tweeting anti-union messages and otherwise defending the company, many of which just happen to have been created this month. Many of those have been suspended or temporarily restricted, indicating that they were very likely bots, or that Twitter at least thought they were.

And again, if you can’t tell the difference between a paid employee, a troll, and a bot, it’s probably not a great campaign!