Things We Saw Today: What the Heck Is Going on With These “Amazon FC Ambassadors” on Twitter? 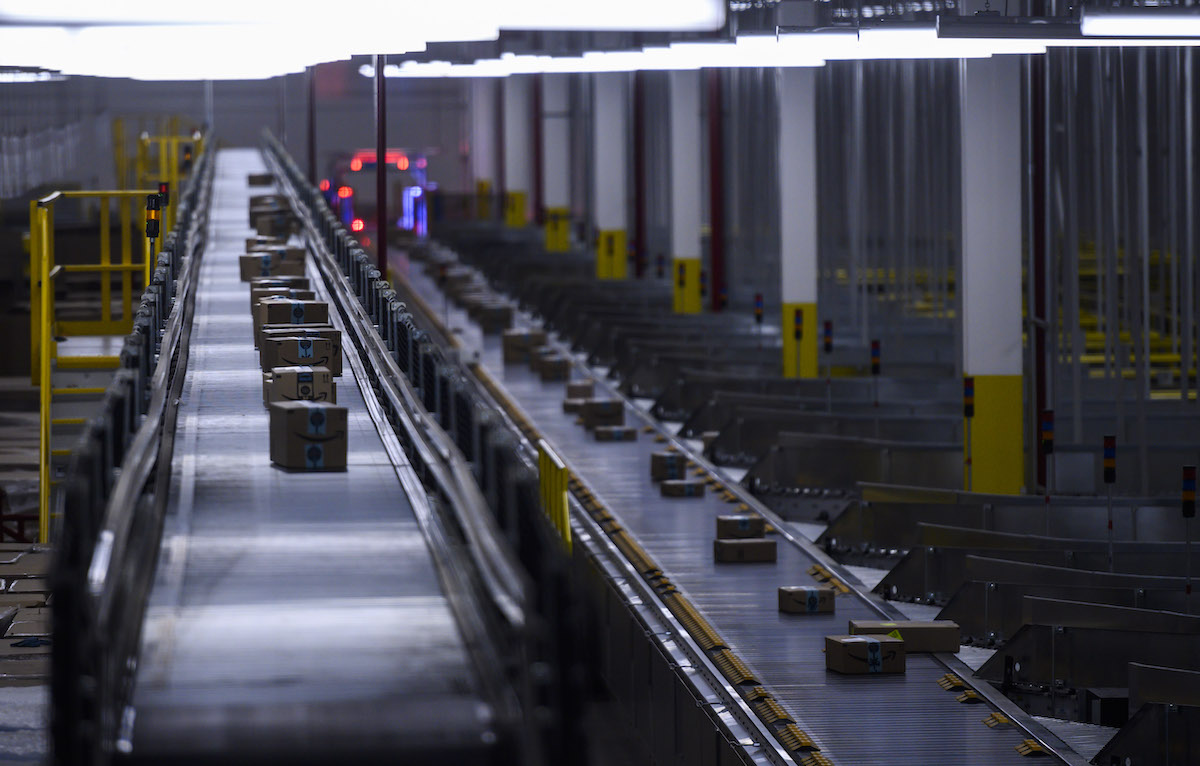 Amazon fulfillment centers have been getting a lot of attention lately thanks to a recent worker strike and some in-depth reporting (like this episode of Last Week Tonight) exposing their horrible working conditions.

Amazon appears to be trying to combat this image as a soulless company forcing workers to endure grueling conditions that frequently lead to injuries they’re then allegedly discouraged from reporting and seeking care for, all to make more profits for the world’s richest man. And they’re doing so by inviting the public to schedule tours of those fulfillment centers, like the world’s worst family vacation.

Come take a free tour at an Amazon fulfillment center and see what our warehouses are really like. Check out the locations and reserve your spot online. #AmazonFCTours

Amazon also launched an “Ambassador” program, which is basically just a bunch of employees being paid to talk up the company online. That launched last year but I don’t know anyone who really took notice of it. That is, until yesterday, when one Twitter user commented on the above tweet and was suddenly inundated with ultra-positive tweets from a whole army of Ambassadors, just waiting to tell her how wrong she was and how great it is to work at Amazon.

Everything is fine, I don’t think there is anything wrong with the money I make or the way I am treated at work

I am a tier 1 which is the lowest level employee at my building. We give our bad and good experiences at working for Amazon.

It’s not totally clear if these are all real people or if some (or all) of them are bots, although they insist they’re real. (Which is exactly what a bot would say …)

Nope, I am not a robot mam. I was just sharing something from the FC that are all from me and my experience. That would be a crazy technology to artificialize thoughts. I am actually a picker inside the FC,(prep itms) and was given a chance to be an ambassador here in social m.

I don’t get compensated per tweet. I get paid $15/hr whether I am answering tweets or out on the floor stowing. I do this 2 days a week and 2 days a week I stow.

lol nooo!! we’re not paid to say that we like our job. The FCA role is to educate others about what we do on our day to day @ amazon. Its just happened that we enjoy what we do.

Whether these are real people or bots trying way too hard to perform humanity, things got bleak.

I suffer from depression too, and at one point I wanted to quit Amazon. But I realized it was my fault for the problems I was dealing with, and not Amazon’s. I’m allowed to talk to people, but sometimes I don’t want to. Now I have some great coworkers to pass the nights with.

As soon as Wilde would reply to one Ambassador, another would swoop in to pick up the conversation. I recommend reading through the entire thread because it is weird.

Update 8/16: Amazon asked us to include this statement from them: “FC ambassadors are employees who work in our FCs and share facts based on personal experience. It’s important that we do a good job educating people about the actual environment inside our fulfillment centers, and the FC ambassador program is a big part of that along with the FC tours we provide. This year alone, more than 100,000 guests have come to see for themselves what it’s like to work inside one of our FCs. If you haven’t visited, I recommend it.”