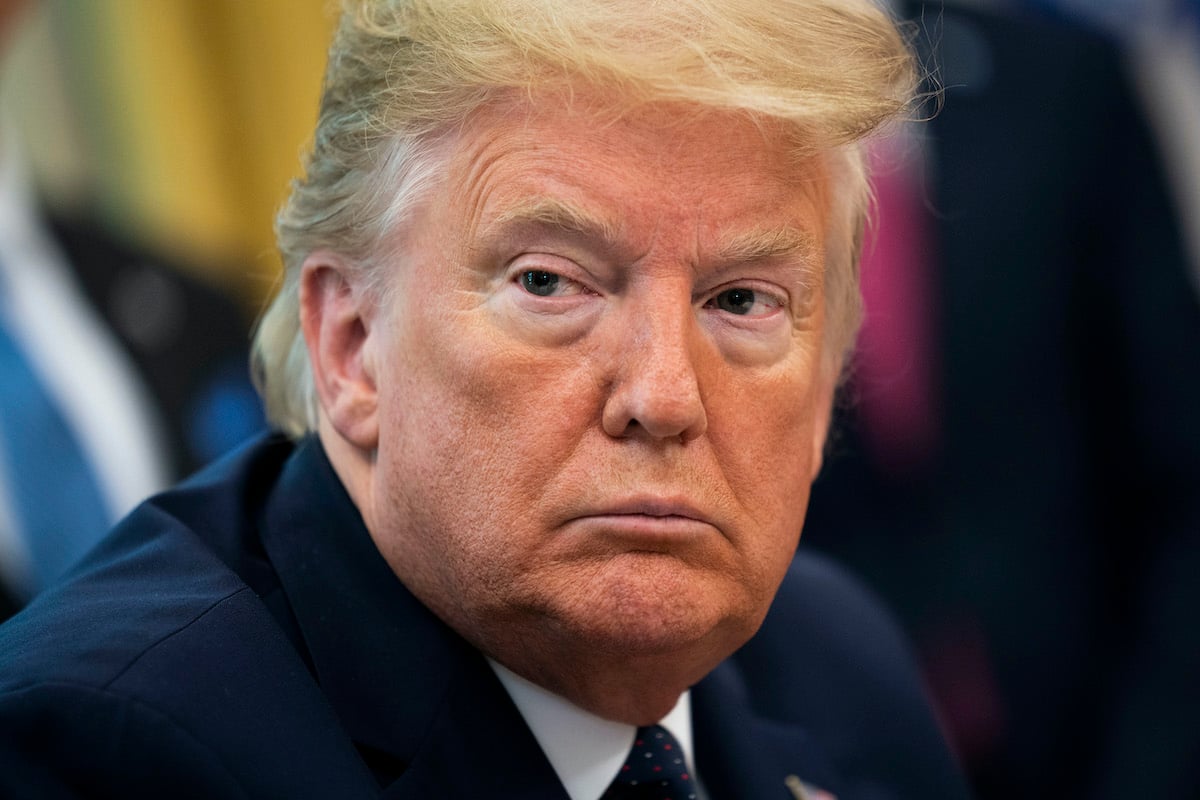 Late Thursday night, Donald Trump was on Twitter railing against the ongoing protests in Minneapolis. In a set of tweets, he called the protesters “THUGS,” called the city’s mayor “weak,” and threatened to send in the National Guard. “When the looting starts, the shooting starts,” he wrote.

Twitter took action against Trump’s tweets for the second time this week (also ever), flagging it as having “violated the Twitter Rules about glorifying violence.” However, they left the tweet up, saying “it may be in the public’s interest for the Tweet to remain accessible.” So essentially, this is the equivalent of writing the tweet a sternly worded letter.

We have placed a public interest notice on this Tweet from @realdonaldtrump. https://t.co/6RHX56G2zt

Earlier Thursday, Trump did something he doesn’t do very often, especially when it comes to Black people: He expressed empathy.

“I feel very, very badly,” he said of George Floyd’s death at the hands of Minneapolis police, calling it “a very shocking sight.” His press secretary said that he “was very upset when he saw that video [of Floyd’s death.]”

Just a few hours later, though, he was back tweeting his racist, violent messages and retweeting them on the official White House account.

Straight sociopaths are in power. pic.twitter.com/7eQQGTzfOU

The official White House account is tweeting this??? https://t.co/YHoZDskecy

(That line about looting and shooting, by the way, is a quote from Miami Police Chief Walter Headley, who, in the 1960s, frequently defended and even promoted the use of police brutality in Black neighborhoods. It’s also often attributed to Alabama’s infamously racist former governor George Wallace. I’m going to guess Stephen Miller is behind Trump’s usage.)

Trump continued tweeting Friday, writing that the National Guard is in Minneapolis and that they are going to guarantee that “George Floyd will not have died in vain,” which makes absolutely no sense.

What cause does he believe George Floyd died for and how does it connect to the National Guard? https://t.co/mUy5OlYTU6

All of this comes just barely a week after Trump offered encouragement to the overwhelmingly white and also heavily armed “protesters” who stormed the Michigan statehouse over lockdown orders. He called them “very good people.” He’s calling Black protesters “thugs.”

I’ll just leave these here for you to compare. pic.twitter.com/WsTTNhdDVx