In the Wake of Twitch Plays Pokémon, Could Twitch Become the Next Great Platform for Game Developers?

Let us consult the Helix Fossil. 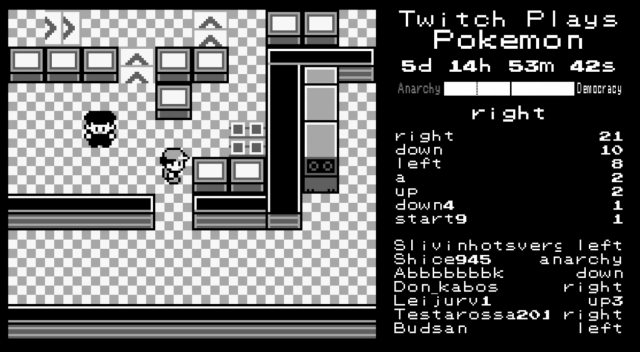 Twitch was built to stream live games, and it hasn’t deviated much from that model (despite best efforts to the contrary on the part of Twitch users, of course). But after the success of Twitch Plays Pokémon, which allows users to type commands in a chatroom to move the player, might a more interactive form of Twitch be on the horizon?

It certainly might, vice president of marketing Mathew DiPietro suggested. Not only did he tell MCV that “the incredibly high volume of chat activity” present in Twitch Plays Pokémon helped the site hone in and improve their chat system to deal with the large demand, but he said, “It has also made us all think deeply about creative social experiments that can be done on Twitch. This is one of the most interesting things we’ve seen on Twitch since we launched, and we hope to see more experiments like it.”

The Internet-wide reaction to Twitch Plays Pokémon is definitely something the higher-ups at Twitch should be talking about. Just fifteen days after the feed  first began, it’s been viewed over 30 million times and recently hit the 100,000 peak concurrent viewer mark. Twitch Plays Pokémon users have also managed to get all eight of the gym badges and revive the Helix fossil together, and meet regularly on a subreddit and crowdsourced Google website (previously just a document) to share jokes and discuss strategy. So, it’s only natural that Twitch would now be considering some way to make these kinds of interactive game “experiments” easier to create and market on their site.

“You never know. Twitch Plays Pokémon is an interesting proof-of-concept[…]. We encourage everyone to think about new ways to leverage Twitch’s platform and community for creative gaming endeavors,” DePietro continued.

So obviously, I think we can all agree that someone should find a way to create an interactive crowdsourced Flappy Bird, right? Clearly that’s the next step. Just imagine the resulting insanity. Just… pipes. Pipes everywhere.

While we wait for that to become a reality, check out Twitch Plays Pokémon in real time below: