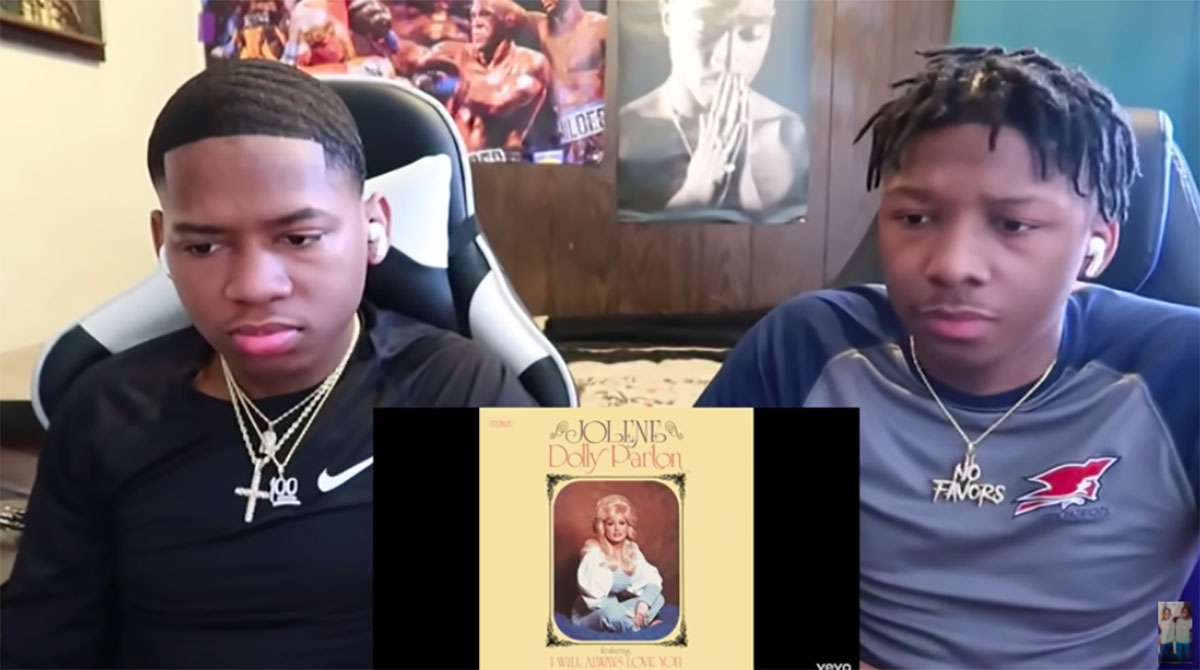 There is beauty in discovering a song for the first time. The same goes for all entertainment, but a song can change your mood, move you emotionally, or connect you with others. So watching as two twins react to popular songs together—listening to them for the first time—in a series of videos is an incredibly joyful experience. The twins brought a whole lot of happiness to the internet today after a clip went viral and many more people discovered their videos.

On a YouTube page called “TwinstheNewTrend”, the two brothers from Gary, Indiana listen to music, showing their first reactions to hit songs, and it is one of the most wholesome and uplifting things I’ve ever seen. The video that got traction on Twitter today was their reaction to Phil Collins’ classic “In the Air Tonight” which, as they observe, has an extremely unexpected beat drop three minutes in.

I felt like that the first time I heard the song, too. #PhilCollins https://t.co/jTh90zKTYL

Their entire YouTube page is filled with utter joy. I think, more often than not as adults, we can forget the simple pleasures of finding something new and investigating areas of entertainment we may not have been previously exposed to. This is sorely lacking in our knee-jerk cynical culture. I couldn’t tell you the first time I heard “In the Air Tonight,” but watching these two brothers discover the beat drop? It made it feel like I also was experiencing it for the first time, too.

And that’s their entire channel. Just them reacting to things, often for the first time, generally through music. The sheer amount of Frank Sinatra songs on their page brought me such happiness.

Twitter reacted to them listening to Phil Collins with just as much excitement, with thousands of retweets and comments.

This made me smile & laugh & just…feel wonderful.

I have LOVED that Phil Collins song for decades. It BLEW ME AWAY too when I first heard it, just like these young men.

I suppose, in these times of disconnection, seeing a true bond through a musical experience uplifted me https://t.co/Gk5Rm4gdBH

And it was at this moment that Phil spoke to them pic.twitter.com/BGXtsNuQ2I

Everyone seems to agree that this is an extremely refreshing change of pace and oasis of fun on the Internet.

I just watched this last night and went down the rabbit hole and spent the next few HOURS watching their other videos! 😂💟
got my teens involved and we loved them! Needed something good for a change.

Cracking up! Love this. 😂❤️

And the love continued as we all started to watch them discover even more songs. Like learning about the Dolly Parton classic “Jolene”.

And then they discovered Abba and made my day.

I’m obsessed with the video where we see the impact of Tracy Chapman’s “Fast Car,” its lyrics provoking a visceral reaction. Talking about how Chapman sings “You got a fast car and I got a plan to get us out of here,” he’s floored by the power of Chapman’s lyrics, and I think it’s safe to say that’s a mood many of us have had.

Tim (who sometimes does videos by himself) reacted to “Purple Rain” for the first time and I wish someone had stopped him and had him watch the movie Purple Rain, because getting to that reveal without knowing the song? It’s something I wish I could also experience, but Purple Rain as a movie and a song has always been a favorite of mine so I never had that moment of not knowing what the song was going to be. But I got to live it this time through Tim.

Don’t worry though, they did watch “Lips of an Angel” by Hinder.

He also did one of my favorite songs by Led Zeppelin and loved the beginning and I knew in that moment that I could trust him.

And you all know I love him listening to Black Sabbath’s “Iron Man”.

There are a lot of reaction videos on YouTube, but the joy these two have in discovering them is truly something special. Like Tim listening to “Comfortably Numb” by Pink Floyd.

And I leave you all with this.