3 New Documentaries To Watch About the Tulsa Race Massacre

On the 100th Anniversary of the Tulsa Race Massacre, Here Are 3 New Documentaries To Watch 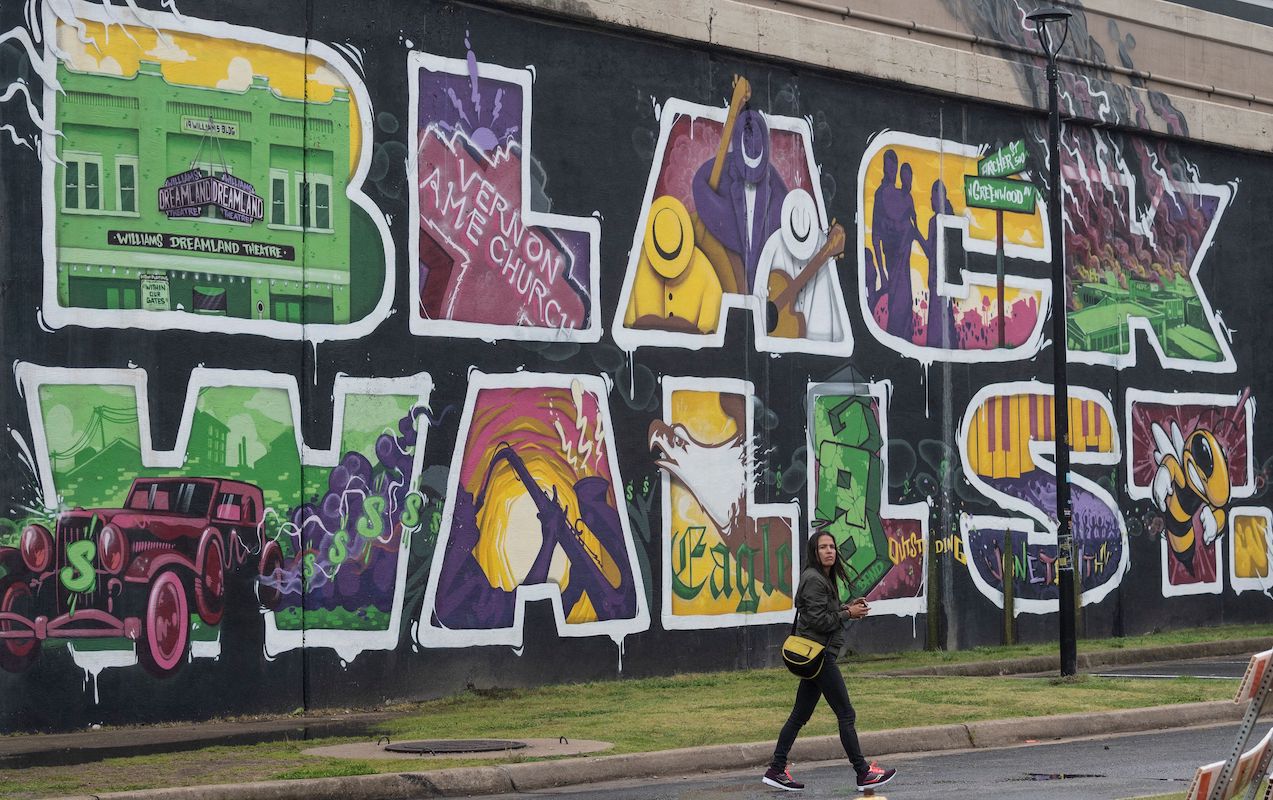 For 100 years, the Tulsa Race Massacre has been nearly entirely erased from the annals of American history. It’s gone untaught in schools, even in Tulsa, Oklahoma itself. For a lot of people, the first time they ever heard about this monumentally shameful historic event was when it was depicted in HBO’s Watchmen and later, Lovecraft Country.

In 1921, a white mob destroyed the Greenwood district of Tulsa—a segregated and extremely prosperous area known as Black Wall Street. The mob, aided by police, burned down an estimated 12,000 buildings and murdered hundreds of Black people. And the event was scrubbed from public record.

Now, 100 years later, people are finally starting to talk about what happened. That is undoubtedly due in large part to its inclusion in such mainstream entertainment, but it’s also the work of activists and survivors, who have been fighting for years to get this story heard.

This Memorial Day marked the 100th anniversary of the Tulsa Race Massacre, and to honor the occasion, three new documentaries about the event have been released. Where there was once a near-total dearth of information, we now have so many new sources from which to learn.

Here are the documentaries:

This History Channel documentary is a comprehensive look at the events of May 31st and June 1, 1921, as well as the history of Black people in Oklahoma and how Black Wall Street came to be, with impressively restored archival footage. It also focuses heavily on modern-day Tulsa and the work those activists have put into getting the victims their due recognition, including seeking out the mass graves said to be buried under the city.

Similar to Tulsa Burning, DREAMLAND traces a path from the mass murder and destruction of millions of dollars of Black wealth to Tulsa today. Both films work hard to make it clear this was not a singular event perpetrated by some white individuals: They were acts of systematic white supremacy and the effects of the massacre are not relegated to the past, but robbed an entire community of the chance to build generational wealth.

DREAMLAND is co-produced by LeBron James and it weaves animated sequences in between its archival footage, with historical quotes and clips from publications read by actors. The film is available to stream on CNNGo through June 12 (with an encore showing on CNN on June 5 at 9pm Eastern) before eventually moving to HBO Max at a future date.

Tulsa: The Fire and the Forgotten

I haven’t watched this documentary yet but NPR calls it a “more personal story focused on the work of longtime Washington Post journalist DeNeen L. Brown, whose reporting on the Tulsa Race Massacre has spread word about the history of the attack.”

According to Roger Ebert, this film focuses heavily on the attempts to excavate those mass graves, and includes forensic experts and archaeologists discussing the logistics of that work. It also, like the others, emphasizes the systemic nature of this tragic event and explores the similarities seen today in the rise in white supremacist mobs.

Tulsa: The Fire and the Forgotten is available to stream on PBS.

Have you seen any of these documentaries yet? Let us know your thoughts in the comments.

(image: )
Want more stories like this? Become a subscriber and support the site!