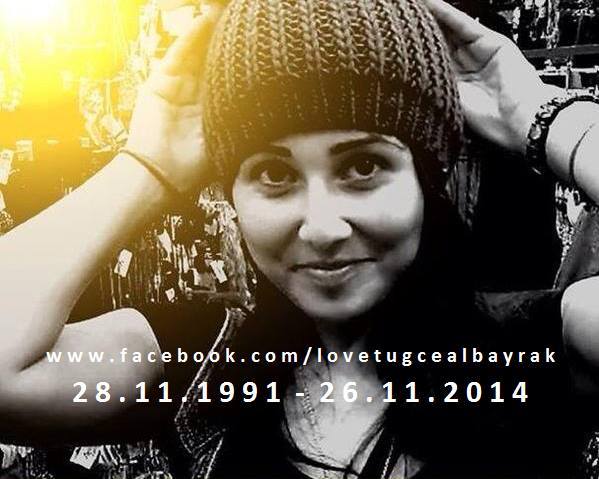 An incredibly upsetting story, but one deserving of global recognition. Trigger warning for violence and harassment.

On November 15th, Tuğce Albayrak responded to cries for help from the bathroom of a fast food restaurant in Offenbach, where the 22-year-old protected two teenage girls that were reportedly being harassed by a group of men. Upon leaving the restaurant, Albayrak was followed by one of the men and attacked in the parking lot, landing her in a coma. After being told their daughter would not regain consciousness and was brain-dead, Albayrak’s parents took her off life support on Friday—her 23rd birthday. An 18-year-old man identified only as Senal M has confessed to the attack and is in custody.

In addition to honoring the young woman’s life with a vigil to her “civil courage” and various memorials across Germany, a petition asking that Albayrak posthumously be awarded the national order for merit has gathered over 100,000 signatures. President Joachim Gauck promised to consider the award, writing in a letter to Albayrak’s family:

Like countless citizens, I am shocked and appalled by this terrible act. Tugce has earned gratitude and respect from us all.

She will always remain a role model to us, our entire country mourns with you.

Where other people looked the other way, Tugce showed exemplary courage and moral fortitude.

I’m wary of pointing out the relationship between the attack on Albayrak and our global problem of violence against women, for fear of  diminishing her into a statistic. It feels disrespectful to honor her sacrifice on anything less than an individual level, or to immediately relate her death to my own politics. Nor do I want to imply that the violence experienced everyday by less visible women—women who will not be given hero’s eulogies, trans women, women of color, women in developing countries—is any less indicative of widespread, systemic misogyny.

But, in addition to grieving for Albayrak and her family and friends as individuals, I’m also inspired to a deep, visceral anger against anyone who continues to insist on the harmlessness of harassment, who fails to understand why an unwanted physical or verbal approach—even if it’s intended to be innocuous—can be terrifying. When instances of violence against women do receive the media attention they deserve, how does it not fail to inspire our public figures to empathy? In light of high-profile, heartbreaking cases like this one, how is assault still fodder for jokes? How are the voices of so many women still being silenced and ignored?

Attacks like those on Albayrak, Ben Schwartz, Mary Spears, and countless others are why a CNN guest’s assertion that catcalling never hurt anyone cannot be allowed to stand. These attacks are just a few of the infinite reasons why claims of assault shouldn’t be dismissed—and why online rape and death threats can be dangerous as well, even if the perpetrator never intends to follow through. Because of Tuğce Albayrak. Because of so many unknown others.