So You Agree? Your Viewers Are White Nationalists, Tucker Carlson? 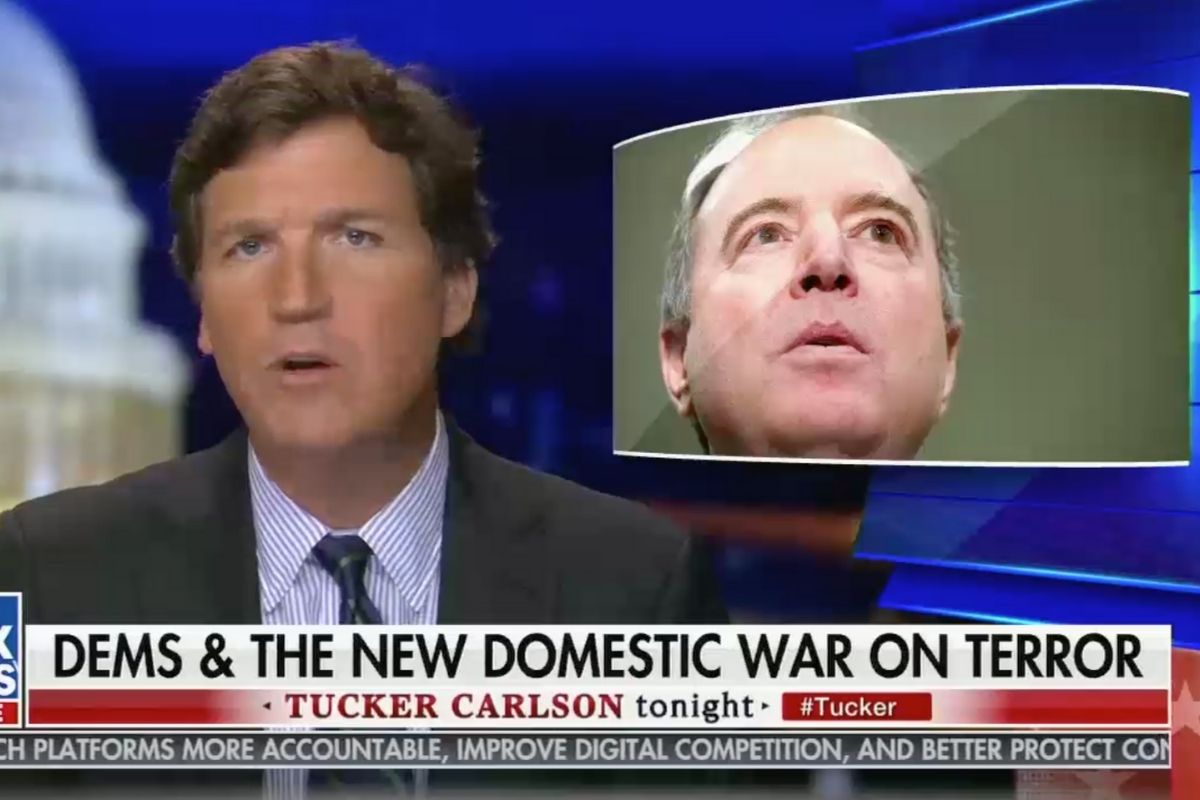 Tucker Carlson, Fox News mouthpiece and proud deplorable, just outed himself as a white nationalist supporter on national TV, seemingly without realizing it.

I’d like to say I’m shocked, but at this point, I’m not. Carlson has had a long history of being the actual worst. He had to create a whole new Joe Biden conspiracy theory to cover for his old Biden conspiracy theory, about Hunter and Joe Biden being caught up in a Ukrainian corruption scandal, falling apart. He spread lies about the coronavirus and then yelled censorship when Facebook flagged his lies. And even his own network has argued in court that he doesn’t have the “obligation” to tell the truth.

Carlson took it all a step further this week during a rant about Rep. Adam Schiff from California. Schiff has been part of a movement amongst lawmakers urging the FBI and Department of Homeland Security to “raise the priority to domestic terrorism, to white nationalism, as it threatens the country.” Schiff also added, “We’re gonna continue sounding the alarm and make sure that they’re devoting the resources, the time, the attention, just as we did after 9/11 to the threat from international terrorism, we need to give the same priority and urgency to domestic terrorism.”

The response from Carlson speaks for itself and just exemplifies his racist rhetoric: “Got that? Vote the wrong way, and you are a jihadi. You thought you were an American citizen with rights and just a different view. No, you’re a jihadi. And we are going to treat you the way we treated those radicals after 9/11, the way we treated bin Laden. Get in line, pal. This is a war on terror.”

But wait, there’s more! Carlson then went on to tell his viewers that “they’re talking about American citizens here,” and “They’re talking about you.” And that’s when it all clicked. Tucker Carlson isn’t even hiding anymore. He knows white supremacists watch his show. He’s known for years that it’s the reason he’s so popular … amongst white nationalists. But this brazen acknowledgement? This level of courting white nationalist fans? It’s dangerous.

Raising the priority of acknowledging that white nationalism is a problem isn’t about voting the wrong way or having different political views. This is about making sure that those who think that a specific group of Americans are better than others because of the color of their skin know that they are not welcome. This is about rooting out hate, fear mongering, and suppression by those who think it’s ok to be racist, homophobic, or sexist. This is about taking away the power away from those who threaten our democracy and think it’s acceptable to storm the Capitol building of the United States of America because they see themselves as the exception to the rule.

What happened at the Capitol building was an act of domestic terrorism aimed at subverting our democratic process, and supporting that in any way, shape, or form is, in turn, supporting white nationalism and the supremacists who think they are fighting for the soul of the U.S. White nationalists are fighting for the destruction of inclusivity, representation, and democracy itself. And excusing these white nationalists on national TV, as though they don’t exist and it’s just a label being applied to innocent people, like Tucker Carlson does, is excusing the behavior of those who want to ignore that white nationalism is the problem. It always has been, and exposing it, prosecuting those who break the law in honor of it (including a certain former president), is the right step in stopping white nationalism in its tracks.