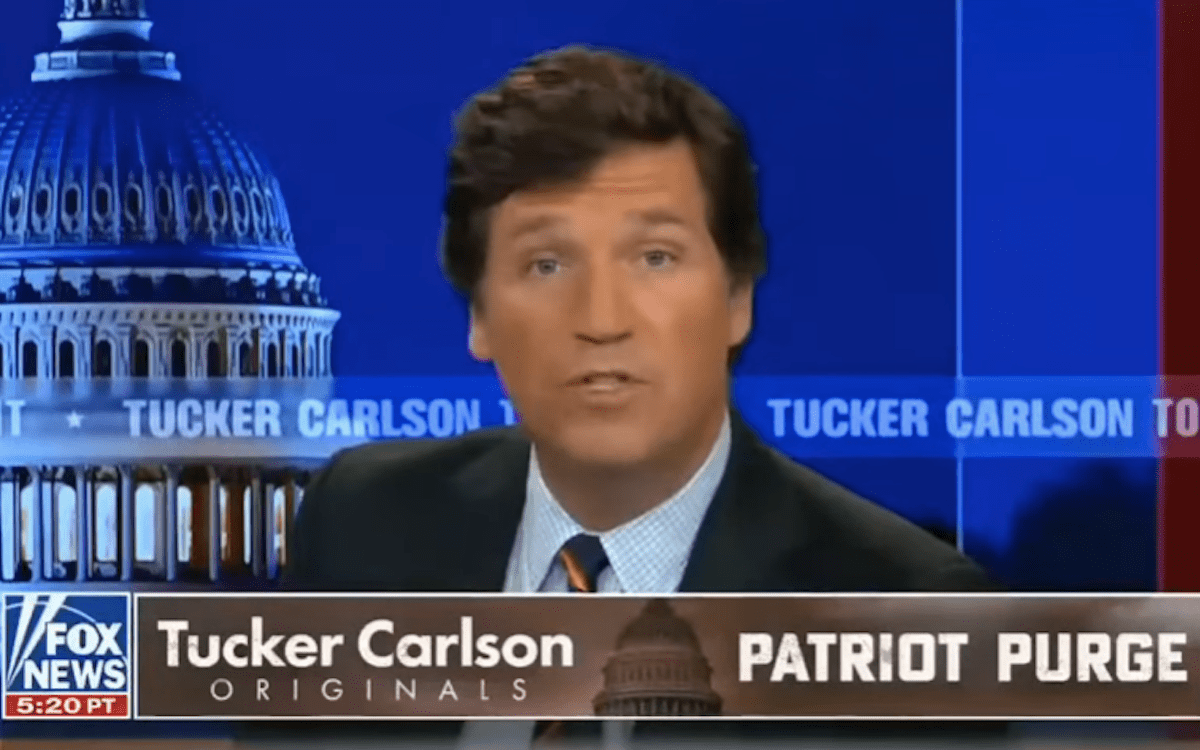 Tucker Carlson is releasing a “documentary” about the January 6 Capitol Riot, in which he plans to “tell the true story” of the day. Truth is subjective, though—or, in Tucker’s case, completely made up—because his version of the “truth” involves telling viewers that the insurrection was (or “may have been”) a “false flag” meant to frame Trump supporters and that it is part of “the War on Terror 2.0” aimed at silencing those supporters.

On his Fox News show this week, Carlson announced the premiere of Patriot Purge, a three-part “docuseries.” But apparently, the network wants to make sure that no one actually thinks it has anything to do with the series, despite the fact that it’s been created and promoted by their most popular “news” host right on their own network.

After the Daily Dot ran a story about the new “Tucker Carlson Originals” series, Fox News emailed the site asking them to make it “clear that these new episodes are for [streaming service] FOX Nation,” rather than Fox News.

Daily Dot’s original article did not say the series—which, based on the trailer, seems to downplay the threat of white nationalism in America and falsely claims that the left is “hunting conservatives” and sending them to Guantanamo Bay “to rot” for participating in the Capitol riot—would run on Fox News. Nonetheless, the network wanted the site to expressly clarify that the series is not for the network, but for its paywalled subscription-based platform.

“I don’t see that noted anywhere in the piece,” Fox New’s PR rep told the site. “Tucker Carlson Originals is not for the channel.”

I’m going to guess that, for Fox News, that’s a hard no.