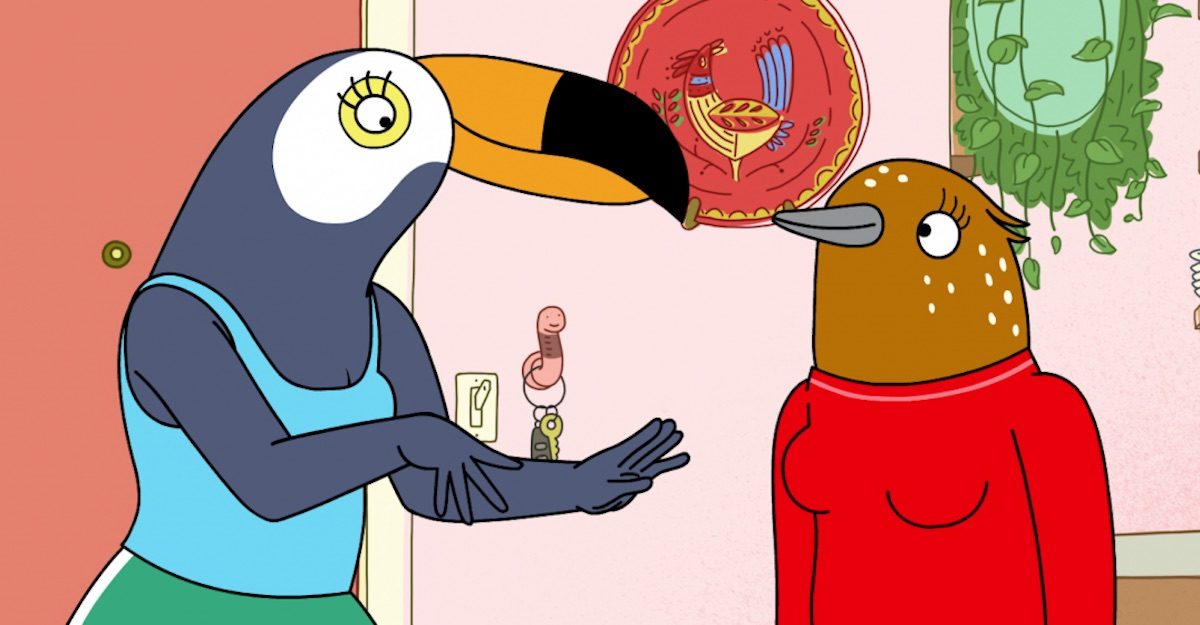 The television landscape is littered with beloved shows that didn’t deserve cancellation. But every once in a while, fate smiles on a beloved series and gives it another chance to find its audience. And now, nearly two years after it was canceled by Netflix, Tuca & Bertie season 2 is premiering tonight on Adult Swim.

The animated series, created by Bojack Horseman executive producer and artist Lisa Hanawalt, follows the friendship between two 30-year-old bird-women who live in the same apartment building, Tuca (Tiffany Haddish) a gregarious and impulsive American toucan and Bertie (Ali Wong), an anxious and introverted song thrush who moves in with her mild-mannered boyfriend Speckle (Steve Yeun).

When the series premiered in 2019, it immediately drew comparisons to Bojack Horseman (Bojack creator Raphael Bob-Waksberg is an executive producer on the series) for its animation style and animal cast. But Tuca and Bertie quickly carved out its own lane, with whimsical, psychedelic animation, and a bustling world filled with talking plant women and snake subway trains. The series also focused on more complex themes like sexual harassment in the workplace, addiction, and anxiety, along with trauma.

When asked about the unlikely season 2 renewal at Adult Swim, Tiffany Haddish said she had no doubt the series would find a home. “We’re amazing—Ali and I are amazing. You would be a complete idiot not to want to work with both of us, not to have us somewhere. Or: You’re broke; you can’t afford us. And, apparently, Adult Swim could afford us and they’re not dumb. They’re quite intelligent over there at Adult Swim, and they picked us up immediately. You know, we were concerned for a moment—but just a moment—and then we realized we’re amazing. [Laughs.]”