Netflix Has Taken Tuca & Bertie From Us Too Soon 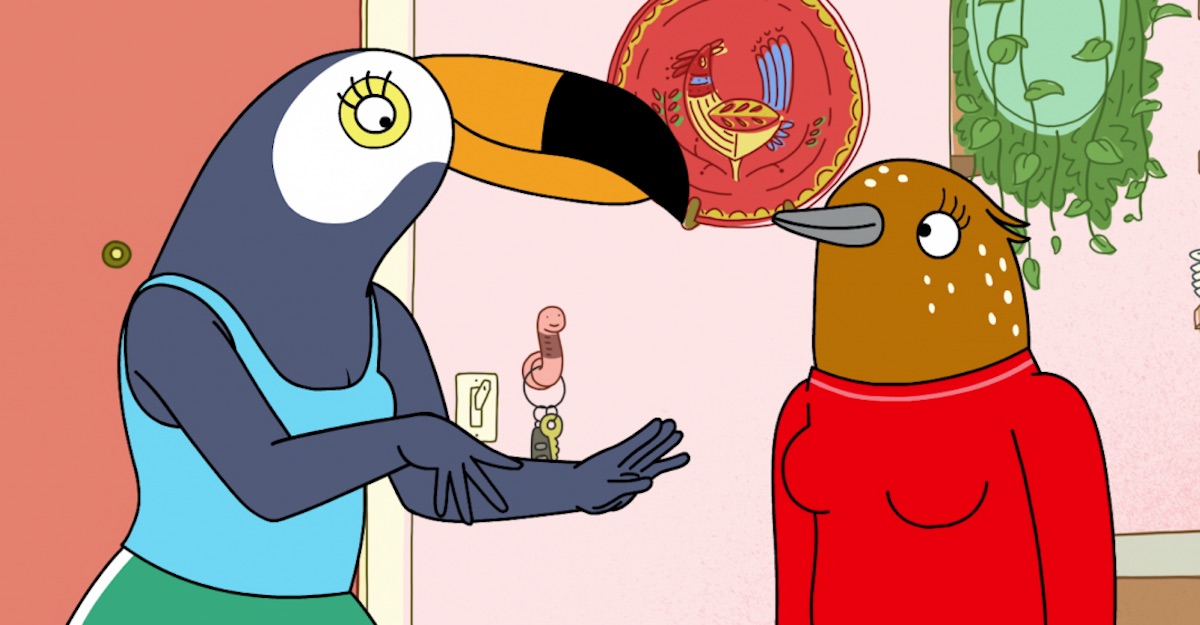 Last night, it was announced that Netflix would not be picking up a second season of its animated comedic drama Tuca & Bertie, which stars comedians Tiffany Haddish and Ali Wong as the titular duo.

The series, a Netflix original created by Bojack Horseman executive producer Lisa Hanawalt, was highly regarded among critics, but especially female reviewers, who praised its nuanced depictions of sex, anxiety, friendship, trauma, and workplace harassment. It was truly clever and inventive, but sadly, that wasn’t enough.

“Lisa Hanawalt created a relatable yet whimsical world in Tuca & Bertie,” Netflix said in a statement that was released by The Hollywood Reporter. “We’re grateful to Lisa, and her fellow executive producers Raphael Bob-Waksberg, Noel Bright, Steven A. Cohen, and EPs/stars Tiffany Haddish and Ali Wong, along with all of the writers and animators for sharing the funny and dynamic female bird duo of Tuca and Bertie with the world. While Tuca & Bertie won’t have a second season, we’re proud to feature this story on Netflix for years to come.”

I and many others are disappointed to see this dynamic, sex-positive, and visually engaging series is being cut so short, especially considering all the other “comedy” Netflix keeps putting out. Once again, Netflix, you raise me up only to drop me again. In this case, I can believe that it probably didn’t have the same audience as BoJack, despite being cut from the same cloth, and likewise took a bit for it to find its footing. I think, with a second season, it really would have been able to find its viewership. It’s definitely going to be one of those shows people find and, after watching, say, “They cancelled that?”

Netflix is not ordering a second season of Tuca & Bertie.

Lisa’s thread was so gracious but I am not gracious, and cancelling Tuca & Bertie is complete bullshit! That show was universally applauded, it was original and singular and inspiring for all it brought to the table

cancelling tuca & bertie feels like an enormous step backwards in every direction. the show is so funny and so tender and so necessary.

Netflix will not order a new season of Tuca & Bertie, cancelling the series

This shocks me. The show was incredibly well received, it had a Bojack Horseman legacy to it, I feel like some people didn’t like the humor but… enough to cancel it, peeps ain’t gonna like this move pic.twitter.com/Uktrxje2zD

To quote the American classic film Pretty Woman, “Big mistake. Huge.” This was a show with a lot of promise, and maybe if they put more effort into marketing it the same way they did with Big Mouth, more people would have seen it. Now, Tuca & Bertie can join American Vandal in canceled Netflix comedy heaven.