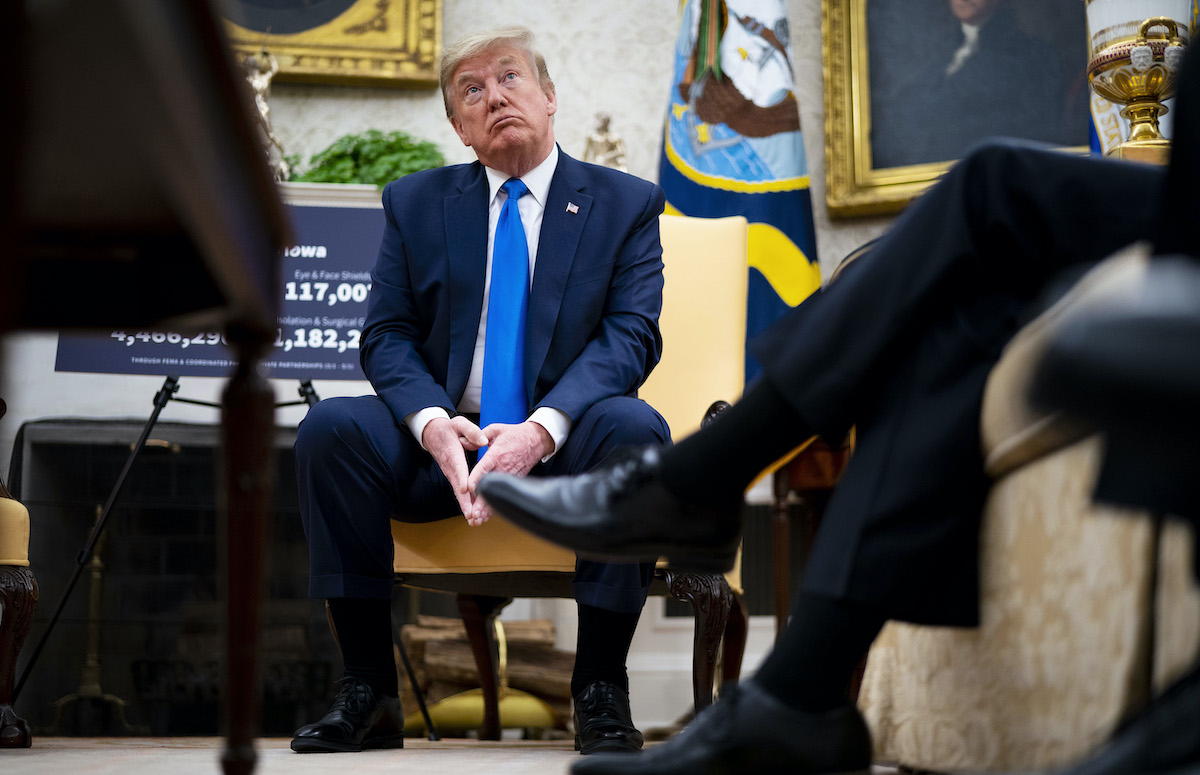 “For nearly three years we have been building a juggernaut campaign (Death Star),” Parscale wrote. “It is firing on all cylinders. Data, Digital, TV, Political, Surrogates, Coalitions, etc. In a few days we start pressing FIRE for the first time.”

For nearly three years we have been building a juggernaut campaign (Death Star). It is firing on all cylinders. Data, Digital, TV, Political, Surrogates, Coalitions, etc.

In a few days we start pressing FIRE for the first time. pic.twitter.com/aJgCNfx1m0

Oh boy, there’s so much happening here. First of all, it’s a weird choice to publicly brand your reelection campaign as a gigantic superweapon built and run by power-hungry villains with the ability and willingness to destroy an entire planet—especially in the middle of an actual global pandemic.

Hard to imagine the Campaign Manager of any other campaign in history getting away with referring to their campaign apparatus as the “Death Star” in the middle of a pandemic that’s killed 75,000 Americans in weeks.

Nicknaming your presidential reelection campaign “Death Star” in the middle of a pandemic that has already killed 70K+ people is an interesting choice https://t.co/2cxIxT70LD

There’s also the fact that the Death Star was destroyed … twice.

Didn’t make it till the end of Star Wars, huh?

You do understand that the people who built the Death Star were the bad guys, right? Also they lost. https://t.co/U0g5nYCet9

Brad, this is a great comparison. The Death Star is too big to fail! Nothing could possibly go wrong. https://t.co/XcYgTISDQy

Of course, it’s likely Parcale already knows this and is simply being the professional troll he’s always been.

Hey maybe Brad Parscale knows how Star Wars ends and he knows that a million WELL ACTUALLY tweets drives up engagement and virality of content.

That doesn’t mean it’s not still disturbing to see a presidential surrogate claim the Empire as the group that best represents them and their party–not that that’s anything new for them.

The thing about Parscale’s Death Star tweet is that it reminded me of the conservatives who think the empire were the protagonists of Star Wars pic.twitter.com/zifqd9xeK9

And remember, these are also the same people who thought it would be cool to superimpose Trump’s face onto the body of Thanos—another big-time villain who also lost.

It is pretty clear that Parscale is deliberately trolling here. He followed up his original tweet with a claim that they didn’t dub the marketing campaign the Death Star, “the media did.”

I didn’t give our campaign the name, Death Star, the media did. However, I am happy to use the analogy. The fact is, we haven’t used it yet. Laugh all you want, we will take the win!

That is partly true. The term seems to have caught on for a while after it was used in an article in The Atlantic back in February. But the author, McKay Coppins, was quoting a Republican strategist who used the term “admiringly.”

It’s strange that Parscale would want to draw attention to the origins of this nickname, though, because that article (which is straight-up terrifying, by the way) doesn’t just portray Parscale’s work as a regular advertising campaign. All those things he tweeted about—”Data, Digital, TV, Political, Surrogates, Coalitions, etc.”—are what Coppins describes as parts of a “billion-dollar disinformation campaign.”

What I was seeing was a strategy that has been deployed by illiberal political leaders around the world. Rather than shutting down dissenting voices, these leaders have learned to harness the democratizing power of social media for their own purposes—jamming the signals, sowing confusion. They no longer need to silence the dissident shouting in the streets; they can use a megaphone to drown him out. Scholars have a name for this: censorship through noise.

“The Trump campaign is planning to spend more than $1 billion, and it will be aided by a vast coalition of partisan media, outside political groups, and enterprising freelance operatives,” the article goes on to say. “These pro-Trump forces are poised to wage what could be the most extensive disinformation campaign in U.S. history. Whether or not it succeeds in reelecting the president, the wreckage it leaves behind could be irreparable.”

So yes, “Death Star” sounds like a pretty accurate nickname, though it’s still weird that Trump’s team is so eager to embrace it.