Trump Sure Does Make It Easy to Sue Him, Doesn’t He? 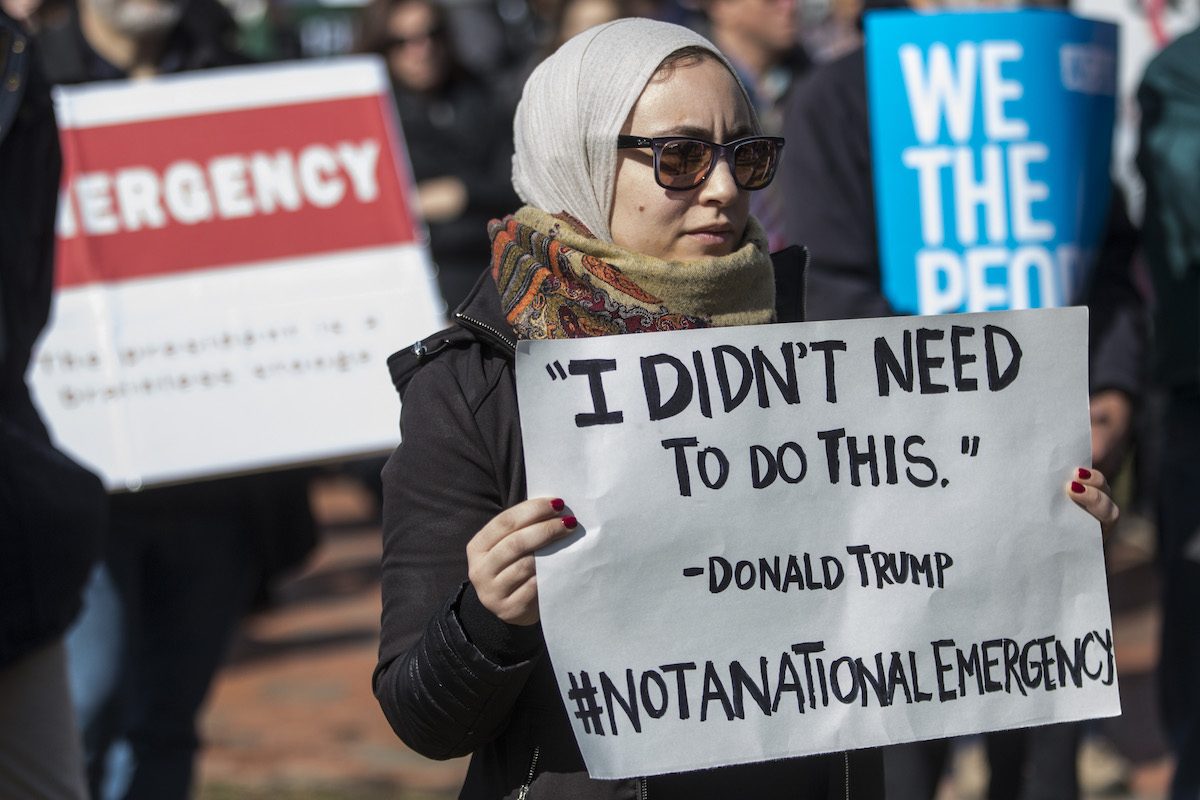 It’s been four days since Donald Trump declared a national emergency to fund his pointless border wall and already 16 states have signed on to a lawsuit challenging that move.

We all knew this would happen, including Trump himself. If you recall this lunacy:

Also as predicted, Trump himself gave his challengers the basis for their lawsuit. By saying outright, “I didn’t need to do this,” it sort of undercuts the severity he’s trying to depict.

Likely to be used in future lawsuits: Trump on his national emergency declaration: “I didn’t need to do this. But I’d rather do it much faster … I just want to get it done faster.” Via CNN pic.twitter.com/HcPrQdhRJ9

This 16-state lawsuit is the largest suit against Trump over his national emergency, but it’s not the only one. A number of activist groups, as well as the ACLU, have also filed suits or declared their intention to.

There is no emergency. This is an unconstitutional power grab that hurts American communities. We’ll see him in court.

The court chosen by the coalition of states has a history of ruling against Trump’s policies. According to the Washington Post, the Northern California court’s judges have ruled against his administration nine times. Cases include challenges to Trump’s environmental and immigration policies, and his attempts to add a citizenship question to the 2020 Census. It’s likely, then, that the case will move on to the 9th Circuit Court of Appeals, as Trump said in that maniacal singsongy clip up there.

The National Emergencies Act, which Trump says gives him the right to declare his wall-mergency, has been used dozens of times since it was enacted in 1976. But it’s historically been used to impose sanctions on foreign powers, not to divert money from other sources without Congress’ approval.

The other thing that sets this apart from prior uses of the same law is that there is no emergency. Trump specifically said he could have built his wall over a longer period of time, he would just “rather do it much faster.” He promised voters that he would build a wall, and no matter what–no matter how unconstitutional or ineffectual–he’s determined to convince them he still cares about this pointless, racist nonsense.

In a statement, California Attorney General Xavier Becerra, who is leading the lawsuit’s coalition, said:

President Trump treats the rule of law with utter contempt. He knows there is no border crisis, he knows his emergency declaration is unwarranted, and he admits that he will likely lose this case in court. He is willing to manipulate the Office of the Presidency to engage in unconstitutional theatre performed to convince his audience that he is committed to his ‘beautiful’ border wall. Today, on Presidents Day, we take President Trump to court to block his misuse of presidential power. We’re suing President Trump to stop him from unilaterally robbing taxpayer funds lawfully set aside by Congress for the people of our states. For most of us, the Office of the Presidency is not a place for theatre.