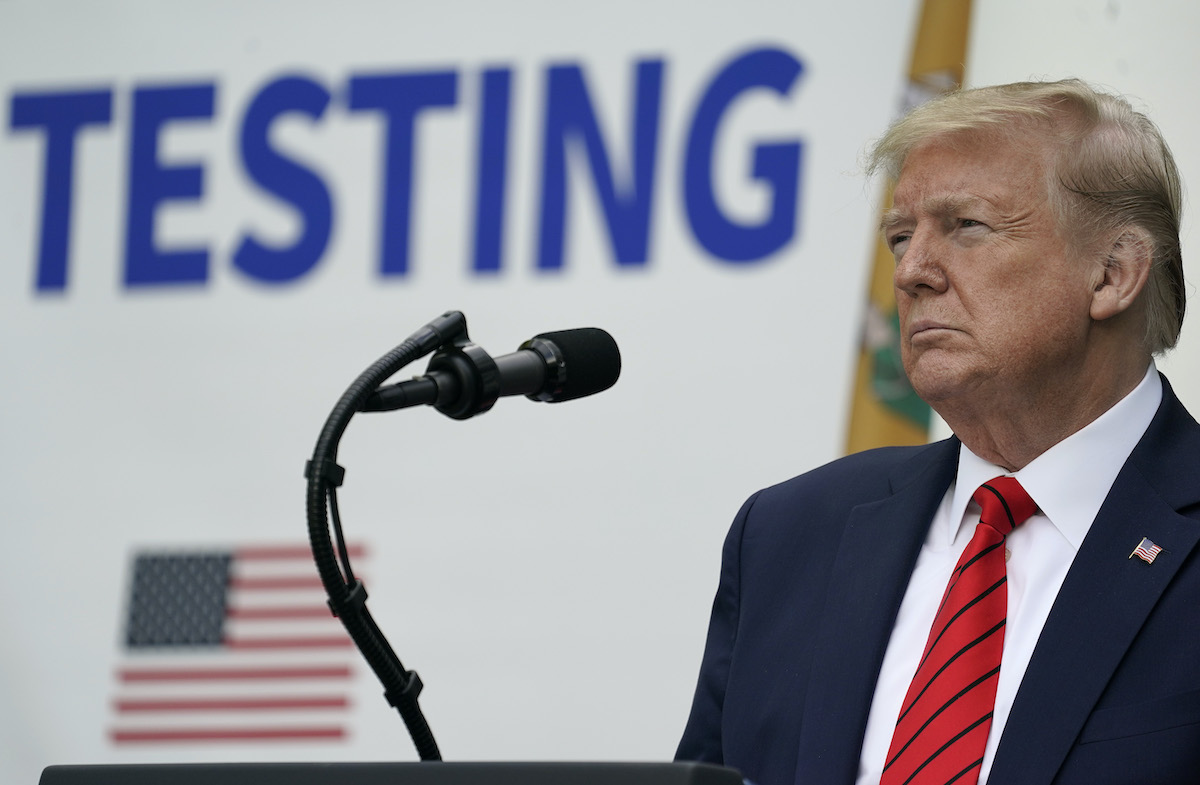 Donald Trump has repeatedly shown that he has trouble dealing with female reporters. He’s told them to be nicer, he’s accused them of asking “nasty” questions, and he’s lamented that they’re not more like Donna Reed.

Yesterday, his problem with women–especially women of color and most especially women who push back against his BS–drove him to abruptly walk out of his own press briefing.

It started when CBS News’ Weijia Jiang asked Trump why he insists on bragging about the U.S.’s testing capabilities and framing things as a “global competition” when so many Americans are still dying. His response was to “ask China.”

“Sir, why are you saying that to me, specifically?” she asked.

“I’m not saying it specifically to anybody,” Trump responded. “I’m saying it to anybody that would ask a nasty question like that.”

At that point, Collins stepped up to ask her question, but Trump waved her off, saying, “Nah, it’s okay.”

“But you pointed to me,” she said.

Trump wagged his finger at her and said that he did but she “didn’t respond,” so he tried to move on to PBS’s Yamiche Alcindor, who, like Collins, chose not to talk over her colleague. And rather than take a question from Collings, Trump just turned around and left.

The final minute of Trump’s news conference this evening pic.twitter.com/m6oGh1q9VF

Trump, by the way, thought this exchange looked so good for him that he actually retweeted video of it from Vox’s Aaron Rupar.

The Lamestream Media is truly out of control. Look how they work (conspire!) together. They are the Enemy of the People, but don’t worry, we will WIN in November! https://t.co/3YOSChXP9M

I actually agree with Trump about one thing here. It is impressive to see how these women work (“conspire!”) together, that they have each other’s backs, and show each other such profound professional courtesy in the face of a steamrolling bully. And apparently women expressing solidarity for one another is too great a power for Trump to be able to handle.

.@kaitlancollins allowed me to ask a follow up question after the President called on her, and then @Yamiche deferred to Kaitlin. I am fortunate to work alongside them. https://t.co/aG1F3xYIQO