Trump Wants Female Reporters to Be More Like Donna Reed 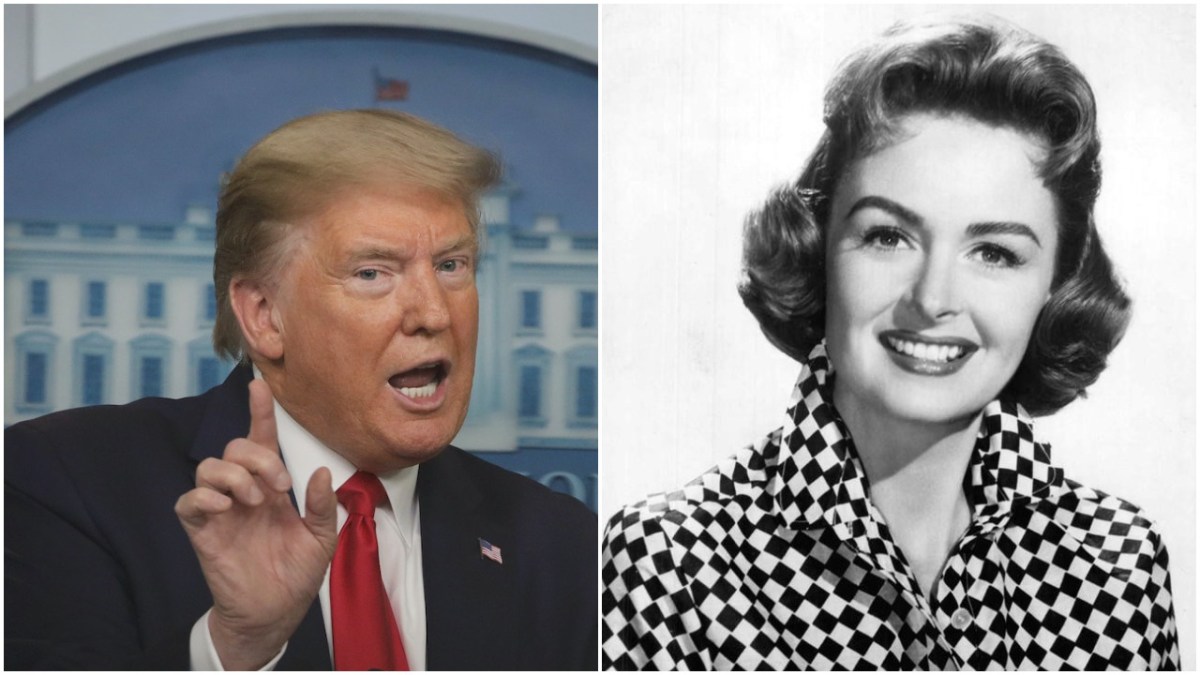 Donald Trump wants women to only be nice and get back in the house where they belong. At least, that’s the implication of his latest attempt at an insult towards members of the press. In a rambling, lie-ridden Oval Office interview with that bastion of journalistic tact, the New York Post, Trump managed to conflate two of his favorite pastimes: bashing the free press and being a misogynist jerk.

In the interview Trump, as usual, talks a lot without saying anything meaningful or true. He laments the loss of his rallies and claims that the economy will totally be fine and of course, brags about the ratings of his coronavirus press briefings because, you know, that’s what really matters when you’re dealing with a global pandemic, your ratings.

But what’s really got Twitter annoyed is how he chose to single out two female reporters who aren’t nice to him (as in, they ask real questions and don’t let him off the hook for his lies and failures). From the Post:

He singled out two CBS News journalists as people who particularly irritated him — Weijia Jiang and Paula Reid — during the briefings.

“It wasn’t Donna Reed, I can tell you that,” Trump said, referring to the film and TV star best known for playing Mary Bailey in “It’s A Wonderful Life” and later starring as the mom in an eponymous family TV sitcom of the ’50s and ’60s.

“Paula Reid, she’s sitting there and I say, ‘How angry. I mean, What’s the purpose?’ They’re not even tough questions, but you see the attitude of these people, it’s like incredible.

“So you know, I enjoyed it,” Trump concluded.

The levels of narcissism, sexism and pure delusion in these statements is classic Trump. He manages to insult the women and imply they would do better as archetypal ’50s housewives, and in doing so, insults all women by implying that they only gave value as happy homemakers who are always nice. Sorry, Donnie, but when you mismanage a crisis so badly that it tanks the economy and kills tens of thousands of Americans, no one, man or woman, should be letting you off the hook.

The women Trump targeted took it in stride, since they are used to Trump’s wrath in person. Paula Reid cheekily changed her Twitter bio to “Not Donna Reed” and tweeted this:

Weija Jiang, for her part, highlighted how sensitive Trump is.

The President told me to be “nice and easy” three out of the last four times I asked him a question. https://t.co/RfptoMczVG

Twitter was also quick to point out that Donna Reed herself was no one to trifle with.

Donna Reed was an acclaimed actor earning an Academy Award for her role in “From Here to Eternity” and one of early activists against the Vietnam War. A working woman for decades in a tough profession . https://t.co/pd4BDvLJkb

Honestly, this guy is so overly sensitive and defensive, he’s really too emotional for public life. Maybe he should get back in the kitchen and let these competent women do his job. I’d make a comparison to Donna Reed’s husband here, but it’s worth noting that no one remembers him, only the woman that produced the show and became a television legend (with ratings Trump would probably envy).