Donald Trump Is Turning Against Dr. Fauci, Surprising No One 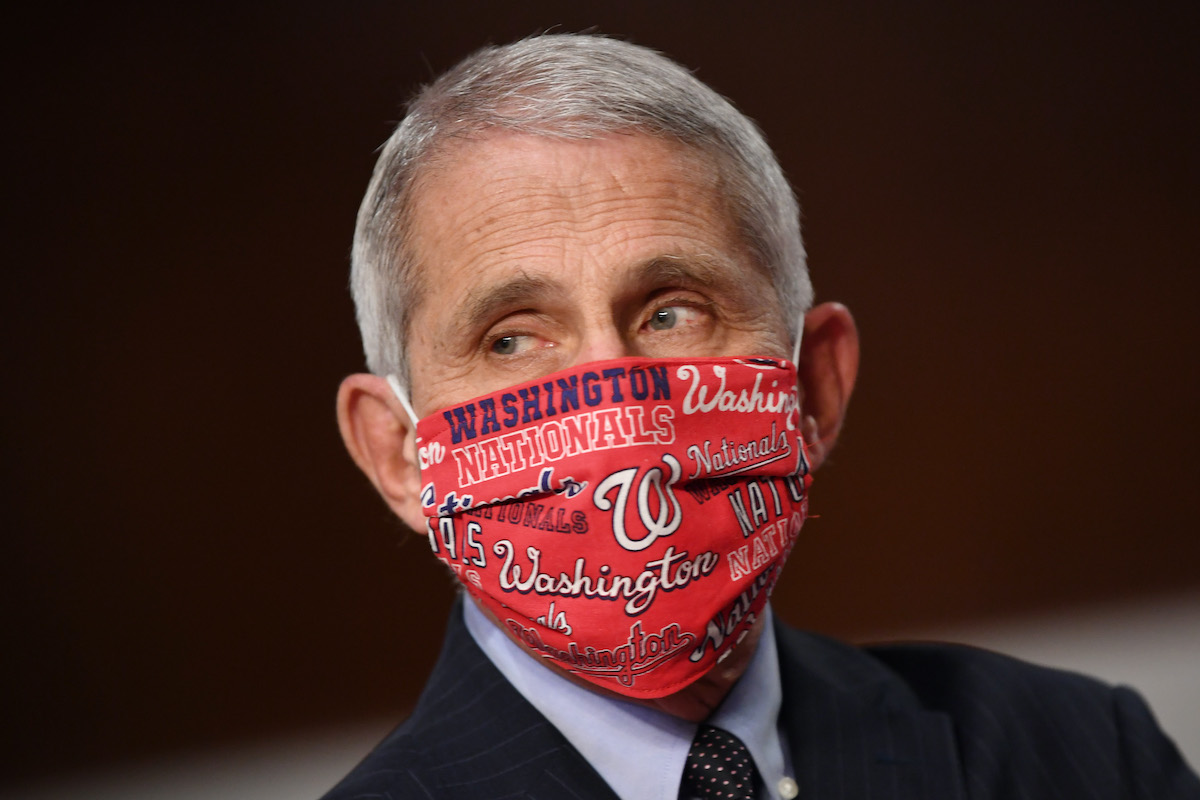 The only thing surprising about reports that the White House is working to discredit and distance itself from Dr. Anthony Fauci is that it took this long.

Dr. Fauci has been one of the lone reassuring figures in the United States’ half-assed attempt to address the coronavirus pandemic. With a task force headed by anti-science Mike Pence and perpetually unqualified Jared Kushner, Fauci was an actual infectious disease expert and he always made it clear that he put science first, including over Trump’s ego, and that tends not to go well. For months, it’s seemed like Fauci has been on the verge of getting fired, simply because he will disagree with Trump publicly.

It also reportedly doesn’t help that Fauci is so well-liked and trusted by the general public. As CNN writes:

Fauci, who has worked under six US presidents from both parties and was awarded the Presidential Medal of Freedom in 2008, has emerged as the most visible public health advocate during the pandemic and surveys consistently find that he is more trusted than Trump. He’s also emerged as something of a pop culture icon over the past few months, from being impersonated by Brad Pitt on “Saturday Night Live” to appearing on Instagram live chats about coronavirus with celebrities such as NBA star Steph Curry.

Sources told the outlet that “part of [Trump’s] irritation is over the ‘good press’ Fauci has received.”

Trump can’t handle Fauci disagreeing with him in interviews and being praised for it, so the White House has just stopped approving his television interviews.

Fauci has, however, still been doing interviews in print and other forms of media. A recent interview in the Financial Times makes it clear that Fauci is incredibly frustrated by the country’s haphazard response to the pandemic. On the FiveThirtyEight podcast last week, he said that “as a country, when you compare us to other countries, I don’t think you can say we’re doing great. I mean, we’re just not.”

Fauci has also revealed that Trump has stopped receiving his once-regular briefings. The two haven’t met in person at the White House since June 2nd.

Meanwhile, Trump has been refuting Fauci in a series of Fox News interviews, telling Greta Van Susteren last week that he disagrees with the expert’s assessment that the U.S. is still “knee-deep in the first wave” of the pandemic. Trump also told Sean Hannity that Fauci “has made a lot of mistakes.”

“The most outrageous lies are the ones about Covid 19,” Woolery wrote. “Everyone is lying. The CDC, Media, Democrats, our Doctors, not all but most, that we are told to trust. I think it’s all about the election and keeping the economy from coming back, which is about the election. I’m sick of it.”

The Trump White House is actively trying to discredit Dr. Fauci and the president is retweeting a retired, radicalized game show host who’s lying and saying that the CDC and doctors aren’t telling the truth about COVID.

Again, it’s not surprising that Trump is trying so hard to discredit his top public health expert. Trump is a man who would always take the advice of Dr. Phil over Dr. Fauci, who seems to genuinely believe (or at least desperately hope) that he can bury his head in the sand and ignore the coronavirus pandemic into nonexistence.

A number of White House officials are backing Trump up on his attacks on Fauci. Aides have been circulating a list of talking points criticizing Fauci for some of his past statements on the virus that he’s since turned around on. One senior administration official told CNN that some officials don’t trust Fauci because they don’t think he has Trump’s “best interest” at heart. Which is a good thing! Fauci’s job is to have the country’s best interest at heart and Trump all too often places himself at complete odds with that goal. If Fauci has to choose one or the other, I’m glad he isn’t picking Trump’s ego over science.

Another senior official told the Washington Post, “Our bigger issue with Fauci is stop critiquing the task force . . . and try to fix it,” though I don’t know how that can be possible at this point when Trump and his staff are making it so hard for Fauci to do his job.