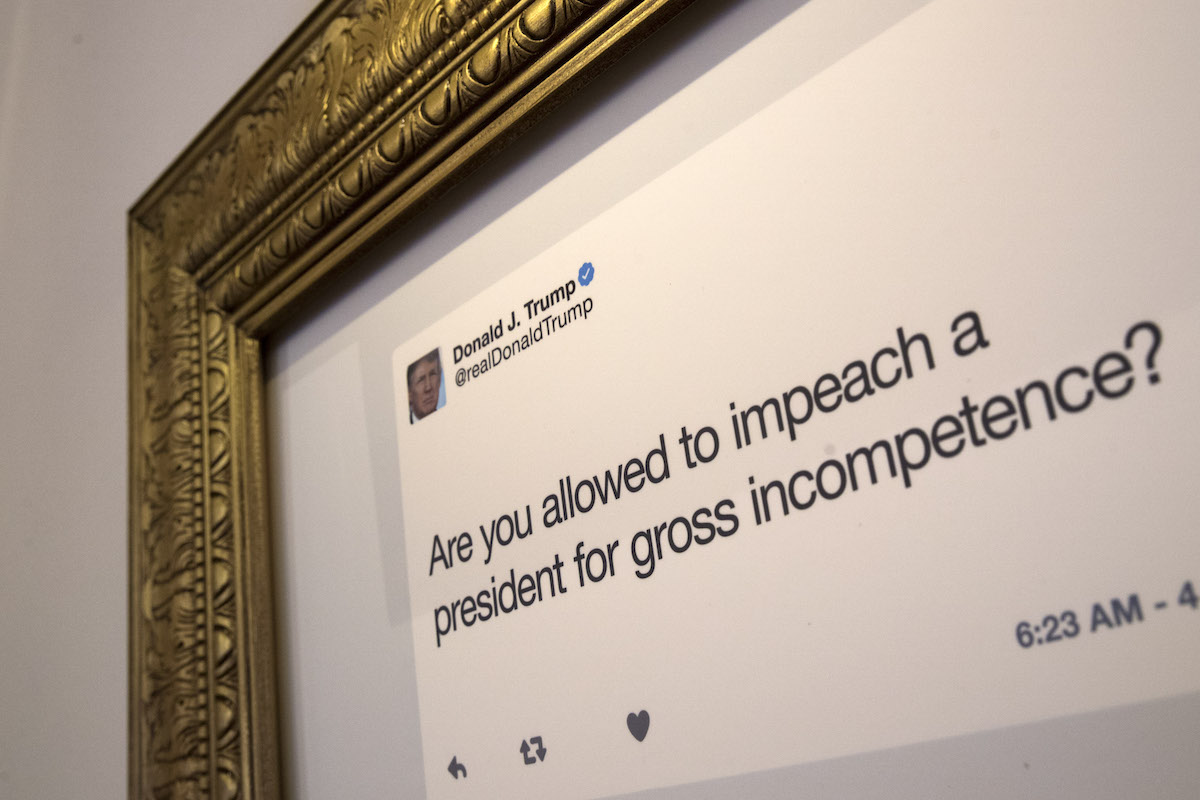 It’s been a question for quite some time whether or not Donald Trump was violating Americans’ First Amendment rights by blocking them on Twitter. Like so many bullies, Trump has exceedingly thin skin and has a habit of blocking people who mock or disagree with him.

After 9 years of hating Donald J Trump, telling him “lol no one likes you” was the straw pic.twitter.com/MhZ6bXT1Dp

As a private citizen, that’s not an issue. (I’m more of a “mute” fan myself, but to each their own.) But seeing as Trump is technically the president, does blocking qualify as silencing dissent? Is he limiting our access to our elected officials? Is his blocking unconstitutional?

Last July, the Knight First Amendment Institute filed a lawsuit against Trump claiming as much. Representing a group of seven Twitter users, they sued Trump, along with Sarah Huckabee Sanders and Hope Hicks (both of whom were dismissed as defendants), and White House Social Media Director Daniel Scavino (who was not), claiming that “The White House is transforming a public forum into an echo chamber.” (Sean Spicer was originally listed as a defendant, but as with Hicks, damn if Trump’s revolving door doesn’t keep moving.) A senior staff attorney at Knight said at the time, “[The White House’s] actions violate the rights of the people who’ve been blocked and the rights of those who haven’t been blocked but who now participate in a forum that’s being sanitized of dissent.”

Today, the federal district court judge in that case agreed.

I sued the President, and I won. https://t.co/hE3rWcxIAY

Judge Naomi Reice Buchwald issued a lengthy 75-page judgement that essentially states that the issue is not so much being blocked from seeing Trump’s tweets (which you can see without logging into an account), but rather the denied access to the context and conversation around those tweets. A blocked user cannot like, share, or comment on the tweets. And since she declared the “interactive space” around Trump’s tweets to be a “designated public forum,” it is, in fact, a violation of a person’s First Amendment rights to be blocked from that space.

As for whether or not Trump will actually unblock anyone or even refrain from continued blocking, that will have to be seen. This is likely pretty far down on Trump’s long list of legal concerns, and Buchwald didn’t even actually order Trump to do so.

With their suit, the plaintiffs sought both declaratory relief and injunctive relief—basically, for the court to say Trump can’t block people and also to demand action upholding that opinion. Buchwald, though, only gave declaratory relief. The defendants apparently tried to say injunctive relief (meaning a court-ordered act or prohibition of an act, like to demand Trump stop blocking or unblock users) “cannot ever be awarded against the President.” Buchwald didn’t agree with that claim but wrote that “it is unnecessary to enter that legal thicket at this time.”

Sigh. Do we actually think Trump will change or rectify his behavior simply because a judge rules that he should? This guy?

Has anyone ever believed himself to be quite so high above the law?

Oh well. The ruling is, at the very least, a nice theoretical victory.