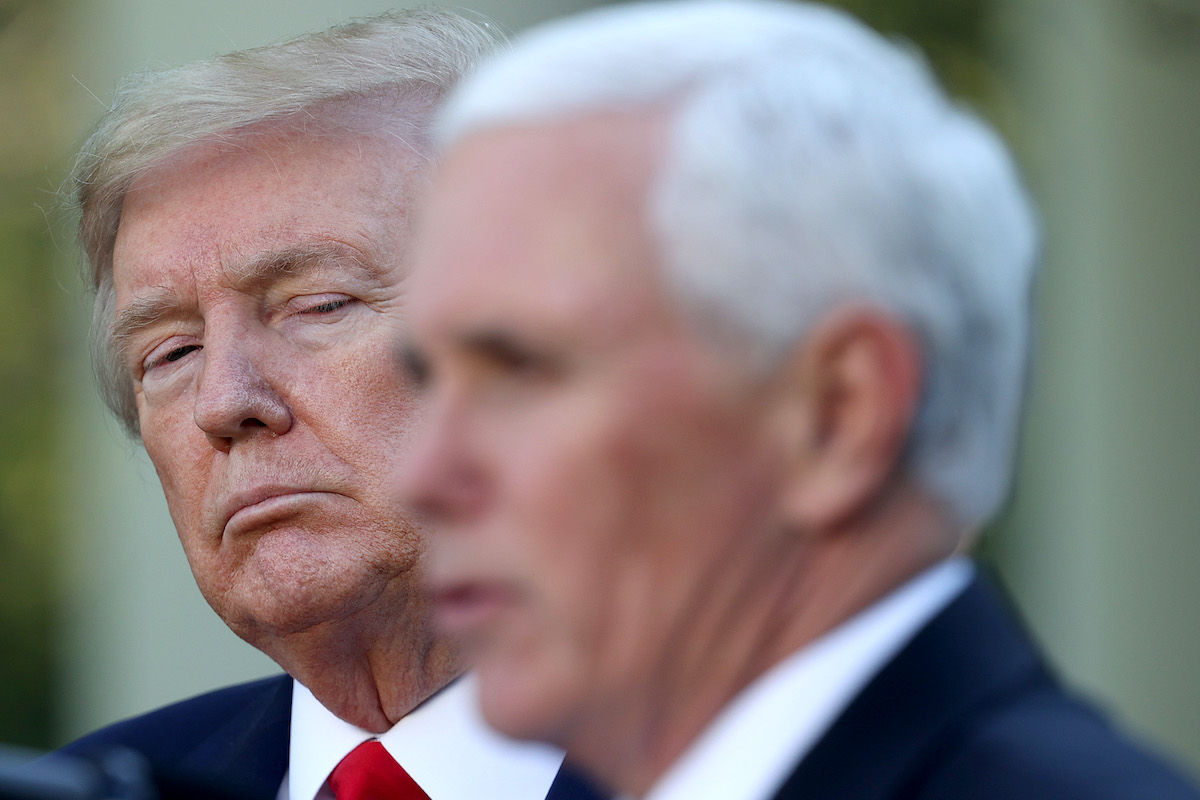 Donald Trump knows who the real dangerous folks are at protests. No, not the heavily armed police and authorities that respond to protests of police violence with more police violence. No, the real danger is … elderly people who were seriously injured by police on camera who may secretly be Antifa agitators. Makes sense.

Yes, the commander-in-cheeto didn’t watch the horrifying video of Martin Gugino being shoved by Buffalo cops, cracking his head on the pavement, and lying bleeding on the ground and think “the police are may be the bad guys here?” No. Trump doesn’t have a single shred of humanity in him, so he went with the conservative standby of … victim-blaming! (It works for sexual assault, why not for police violence!)

Even for Trump, this is truly unhinged and absolutely disgusting.

Trump has bought into the victim-blaming of Gugino, who is a long-time peace activist and advocate for things like sustainable housing and disarmament. But in the eyes of the Buffalo PD, that meant he was just another agitator. And therefore this frail old man deserved to be pushed so hard that he fell and cracked his skull, an injury for which he is still in the hospital in serious but stable condition.

But no, just calling him an agitator isn’t enough for Trump. He had to magnify a conspiracy theory heard on his favorite network OANN. This is … bad. Really bad.

Buffalo protester shoved by Police could be an ANTIFA provocateur. 75 year old Martin Gugino was pushed away after appearing to scan police communications in order to black out the equipment. @OANN I watched, he fell harder than was pushed. Was aiming scanner. Could be a set up?

First, let me just write out what any reasonable person reading this tweet is thinking because I really need to get it out there:

Now that that’s done, let’s just … break this down. For one ANTIFA IS NOT A THING. It is not an organized or centralized group or movement. It is a made-up boogie man that the far-right brings in any time they want to discredit a protest. It also stands for “antifascist,” which is now apparently a bad thing to be. But even if it were a real highly organized group … this is another level of insanity. The idea that Gugino, a peaceful protester, was scanning equipment in order to black it out! WHAT?! Yes, he fell hard because he’s an old man with underlying conditions!

But, who cares! An actual fake news network aired a segment with a computerized voice calling Gugino ANTIFA and Trump buys into it:

The “correspondent” on the story Trump cites here also works for Sputnik, a Kremlin propaganda network. The story is based on an anonymous post to a conspiracy web site. https://t.co/XCLbRZ7IrF

Anyway. This is very bad. Gugino’s lawyer has issued a statement, but the damage has been done and this will be all Trump’s cult needs to dismiss this act of outright brutality and justify more violence.

The damage this will do not just to Mr. Gugino’s life and safety, but the mindset and credibility of Trump’s followers is terrible. This man is completely unmoored from reality and yes he’s in charge of the country!

Even by Trumpian standards, this is a tweet too far down the messed-up rabbit hole.