This is transphobia, plain and simple. 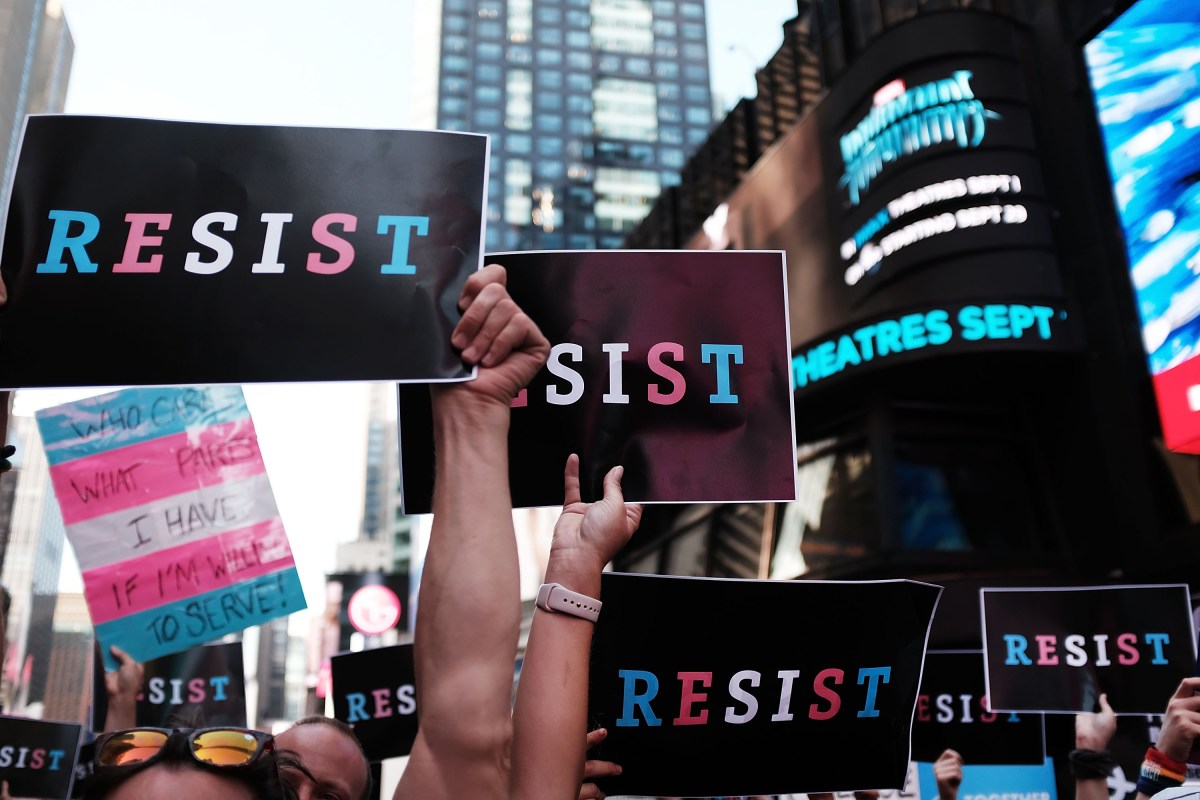 Yesterday, the Trump administration announced that it was rolling back healthcare protections for people who are transgender. The protection was part of an Obamacare regulation that prohibits discrimination against trans patients, an expansion of Section 1557 of the Affordable Care Act, known as the Health Care Rights Law, which “prohibits discrimination based on race, color, national origin, sex, age or disability in certain health programs and activities.”

The Obama administration added a ruling in 2016, which extended the ban on sex discrimination to include discrimination on the basis of gender identity. Similarly, the ruling added that patients could not be discriminated against for having had an abortion. The transphobic move comes courtesy of the Department of Health and Human Services (HHS), who released a statement that they rolled back the protections due to “the plain meaning of the word ‘sex’ as male or female and as determined by biology.”

They added, “The 2016 Rule declined to recognize sexual orientation as a protected category under the ACA, and HHS will leave that judgment undisturbed.” The rollback was announced in November, but was only just put into place. The rollback deals a devastating blow to the transgender community, made all the more cruel by its timing: the rollback was announced during Pride month, on the fourth anniversary of the Pulse massacre, where 49 people were murdered at a gay night club in Orlando, FL.

But as we know from 4 years of Trump, the cruelty is the point. Alphonso David, the president of The Human Rights Campaign, revealed plans for the organization to sue the Trump administration, saying “We cannot and will not allow Donald Trump to continue attacking us. Today, the Human Rights Campaign is announcing plans to sue the Trump administration for exceeding their legal authority and attempting to remove basic health care protections from vulnerable communities including LGBTQ people.”

Roger Severino, director of the HHS Office for Civil Rights, claimed that “HHS respects the dignity of every human being.” He added, “We are unwavering in our commitment to enforcing civil rights in healthcare.” It will not surprise you to learn that Severino once oversaw the DeVos Center for Religion and Civil Society at conservative think tank the Heritage Foundation.

But clearly the rollback shows otherwise: Trump and his ghoulish administration do not care about the transgender community, one of our most vulnerable communities, especially with regards to healthcare. According to the ACLU, 1 in 3 transgender people reported discrimination in the healthcare system, whose broad reach extends to services for mental health, substance abuse, sexual health, and even housing.

1 in 3 transgender individuals in the US report experiencing discrimination in health care.

In states around the country, we at the ACLU are fighting to prevent trans and non-binary people from being turned away from health care.

It’s especially heinous in light of the COVID-19 pandemic. Rodrigo Heng-Lehtinen, the deputy executive director of the National Center for Transgender Equality, said “It’s really, really horrendous to not only gut nondiscrimination protections, but to gut nondiscrimination protections in the middle of a pandemic, … This rule opens a door for a medical provider to turn someone away for a Covid-19 test just because they happen to be transgender.”

Every person deserves the right to life-saving testing & treatment as we navigate #COVID19, but the Trump admin wants trans people to be denied medical care because of who they are. Tell health insurance companies not now, not ever! #ProtectTransHealth https://t.co/zVjQzNdWAP pic.twitter.com/7v3amjtQCy

Lambda Legal announced that they will also file a lawsuit against the Trump administration. Sasha Buchert, Senior Attorney and Co-Director of Lambda Legal’s Transgender Rights Project, said “We know that LGBTQ people experience discrimination at disproportionately higher rates when seeking medical care which, even before the COVID-19 pandemic, led to devastating health outcomes, … The Trump administration has enshrined its discriminatory interpretation into the HHS rule book but that does not – and cannot – actually change the law. However, this is enough to cause confusion and hurt our communities, especially transgender people and people of color who already face elevated rates of discrimination in health care settings. This rule change serves no other purpose than to target and discriminate against LGBTQ people. The cruelty is the point.”

Another brutal reminder to check your voter registration status.

On the fourth anniversary of Pulse.
In the middle of Pride month.
During a global pandemic.

Donald Trump's cruelty truly knows no bounds. We have to defeat him this November. https://t.co/YAy4ZGxxyD