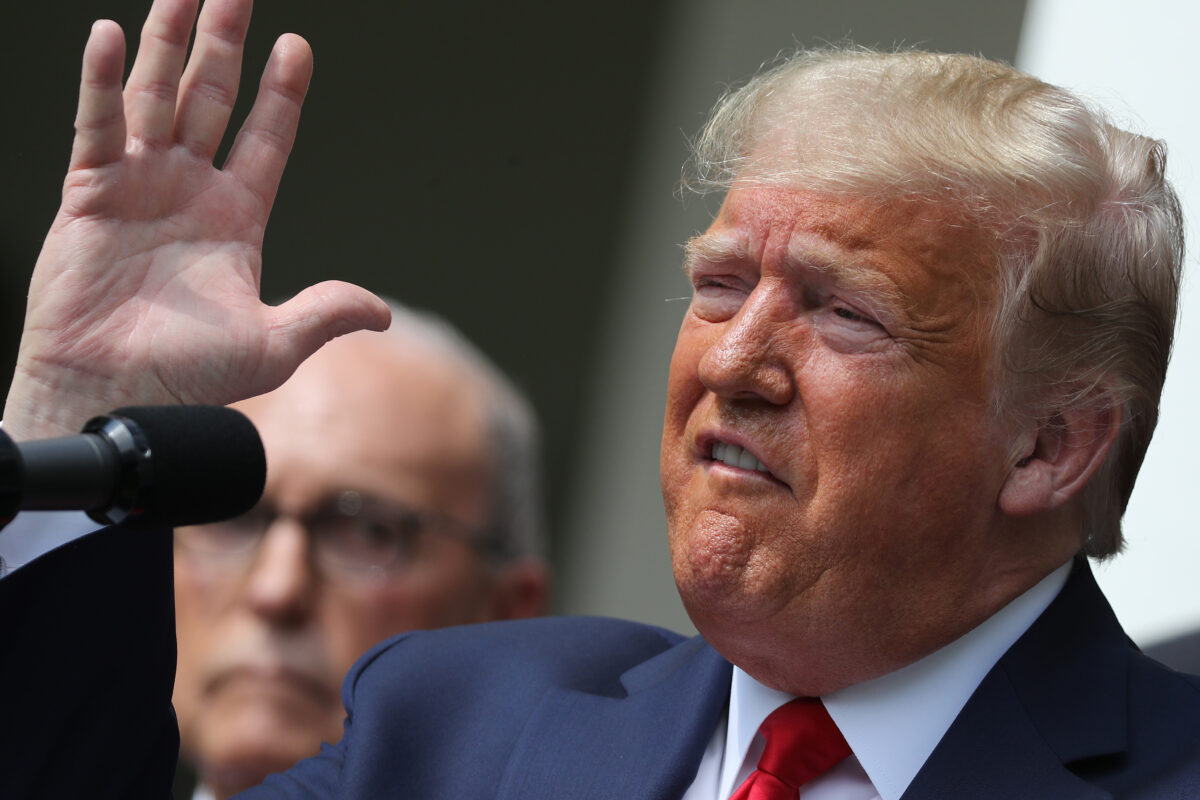 Did you go on Twitter and see the Trump rally in Tulsa continually selling tickets all weekend long? Were you also confused about the point of crowing about one million ticket requests when there is no venue in the world that can hold that many people? Great, we’re all on the same page, then. Brad Parscale, who is Trump’s campaign manager, had been taking to Twitter to share his “excitement” over how many ticket requests they have.

Saturday is going to be amazing! https://t.co/u2tQ812odW

We’ve already talked about the racial implications of and health problems associated with Trump’s decision to have a rally in Tulsa, Oklahoma on Juneteenth. Trump’s team has since decided to reschedule the rally for June 20th out of respect, but the health worries about this rally remain, especially since no one knows how many people are actually going to be there or if they’ll even be wearing masks at the bare minimum.

According to Forbes, no one knew what Brad Parscale was referring to. He just kept saying “tickets,” and no one was clear on whether or not that meant reservations or sales or what. Now, Parscale has tweeted out that there are over 1 million ticket requests for the rally, along with a short list of pandemic precautions.

Over 1M ticket requests for the @realDonaldTrump #MAGA Rally in Tulsa on Saturday.

Before entering each guest will get:

There will be precautions for the heat and bottled water as well.

It isn’t necessarily a problem that Parscale is claiming that there are a million people who want to see Trump ramble incoherently like he’s trying to recite Rush Limbaugh’s greatest hits from his rapidly deteriorating memory. Whether they could all fit in one location or not, out of the approximately 63 million people who voted for Trump, it’s hardly surprising one million of them are true enough believers to jump at the chance to feel perversely comforted by a Trump rally in the middle of nationwide anti-racism, anti-fascism protests.

Of course, with this administration, it’s also hardly surprising to see intentionally inflated measures of popularity, so we’ll reserve some skepticism about whether there are actually one million people actively trying to attend this rally—especially since the population of Tulsa is only about 400,000, and the entire Tulsa metropolitan area is only around one million. (And Trump only got 144,000 votes in all of Tulsa county in 2016, with about 244k votes in the entire, seven-county metropolitan area.)

The other problem is the health ramifications for the city of Tulsa, which has consistently asked that the President (and this rally) take the pandemic into consideration. Yes, that’s right, we are still in a worldwide pandemic, and the president doesn’t seem to care about the health and wellbeing of his citizens—let alone his most dedicated supporters, apparently.

Sure, checking temperatures is fine, but what if, I don’t know, the President took a pandemic seriously and actually was a leader instead of whatever the hell we currently have? Everything is on literal fire, and he just keeps pushing it off to the side because he thinks he’s the greatest thing to happen to this country, and lies—or whatever Parscale is doing—aren’t helping anything.

Are those of us who are paying attention to the rules and staying inside just going to be stuck inside forever? At this rate, probably, because all of this insistence on getting back to normal before it’s advisable is just drawing things out in the end! Can’t wait to finally go on a date when I’m 35 years old and let back out of the house again, all because Trump had to have a rally for no good reason.