So Crowd-Surfing Maskless at a Donald Trump Rally Is Really Something People Are Doing Now, Huh?

The least punk crowd-surfing event ever. 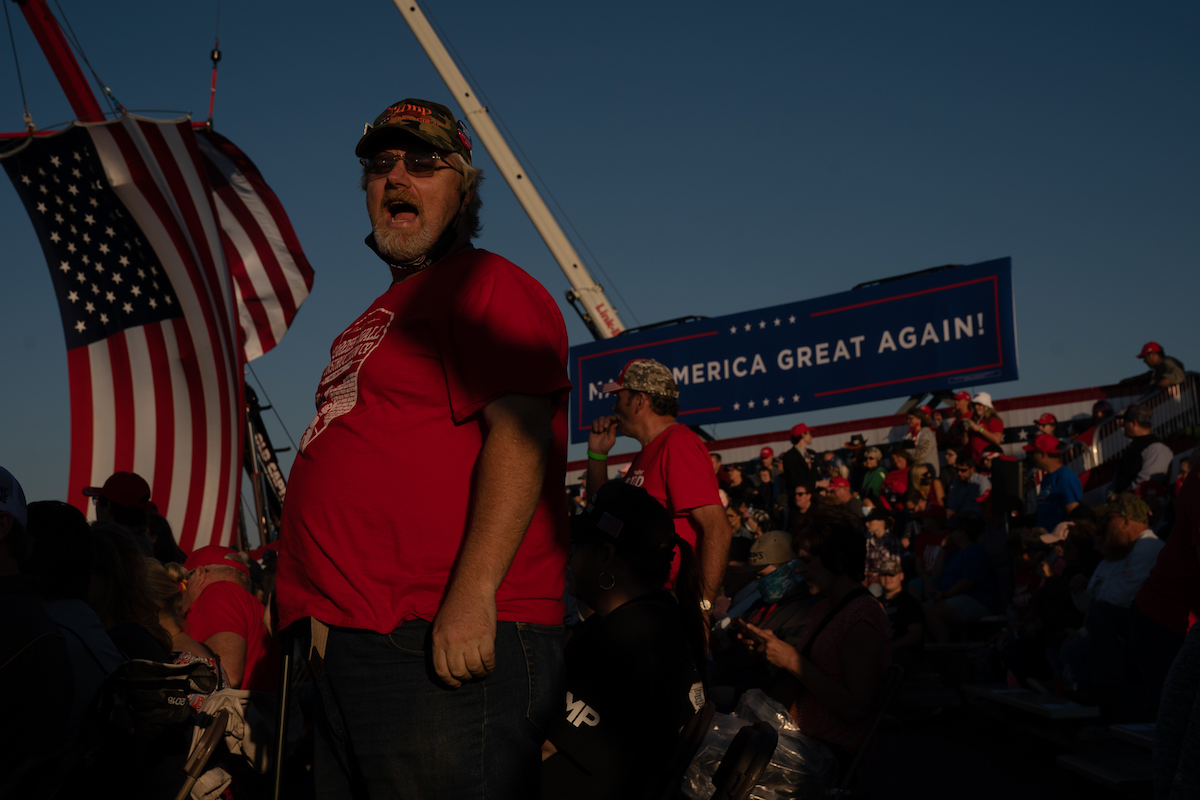 If Georgia State Rep. Vernon Jones was trying to find the #1 least advisable activity during the COVID-19 pandemic, he might actually have succeeded.

Jones is a Democrat but also a huge supporter of Donald Trump and he also spoke at the Republican National Convention this summer. Trump held a campaign rally in Macon, Georgia on Friday and Jones not only attended but decided to crowdsurf over the attendees, the vast majority of whom appeared to be going without masks.

This is what letting a crowd of COVID-deniers touch your entire body to own the libs looks like, I guess:

Surfing with @realDonaldTrump #deplorables and #PeacefulProtesters in Macon, GA. Put Georgia in the win column. We were seven thousand plus strong. This #trumptrain is about to steam roll over corrupt @JoeBiden, #fakeliberalnews, and the @DNC #FeelTheVern! pic.twitter.com/tNx87wfEEI

In that tweet, Jones says there were more than 7,000 “peaceful protesters” at that rally, though I’m not sure who or what he thinks they’re protesting, given that they’re there to support the incumbent party and the man who is currently in office.

The United States is currently seeing an average of 50,000 new coronavirus cases a day, with a lot of states having gigantic spikes as we enter the third wave of this pandemic. Much of the country is experiencing COVID fatigue, getting laxer in their behaviors and putting themselves and others at greater risk of infection.

Hey, in case you’ve missed it amid election chaos: The COVID picture in the US is much worse than it’s been at any point since last spring. Whatever relaxed levels of protection you adopted over the summer: It’s time to reevaluate them.

In a leaked all to his campaign staff, Trump said as much, bashing Dr. Anthony Fauci as a “disaster” and an “idiot,” and saying “People are tired of COVID.”

“People are saying whatever. Just leave us alone. They’re tired of it,” he said in the call, according to CNN. “People are tired of hearing Fauci and all these idiots.”

Yes, pandemic fatigue is real. So Trump should be working to get people to take it more seriously. Instead, we have crowdsurfing politicians out here trying to Make Coronavirus Fun Again.

(via HuffPost, image: Elijah Nouvelage/Getty Images)
Want more stories like this? Become a subscriber and support the site!