From Dave to Weekend At Bernie’s and Evita, the Jokes About Trump’s COVID Spin Go On 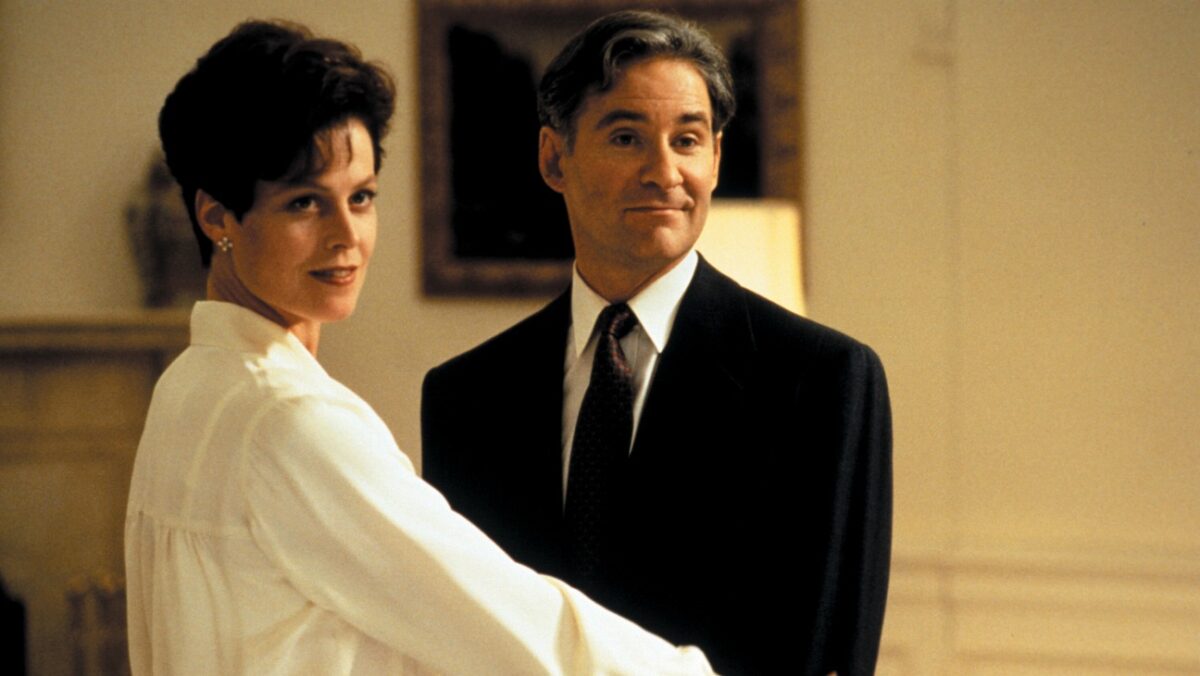 Everyone loves to make jokes about the president right now, and honestly, can you blame any of us? With everything going on, it’s easy to just mock him over and over again because then we feel as if we have some semblance of a grasp on what’s happening in this country. But with each passing day, the references get more and more obscure.

So, let’s go through each of the main references people are making. First, there is Dave. The Kevin Kline film follows Dave Kovic (Kline), who happens to look a lot like president Bill Mitchell (also Kline). When the president has a stroke after having sex with his secretary, Dave has to step in and pretend to be the commander-in-chief so that the vice president doesn’t end up in charge.

The difference between Dave and our current situation is that the president came out of Walter Reed hospital and ended up being even more of a monster, instead of a nice man getting to take over the White House. (I would take Kevin Kline as the president, though, if anyone is asking.)

If the next time we see Donald Trump after he travels to Walter Reed he looks a lot like Kevin Kline…we’re in luck.

Then there’s Weekend at Bernie’s. The 1989 film features Bernie (Terry Kiser) dying and his employees, Larry (Andrew McCarthy) and Richard (Jonathan Silverman), trying to pretend that Bernie is still alive. The problem is that they realize that Bernie was trying to have them killed to cover up his own wrongdoing. So, you know, that would be on par with the Trump administration, to be completely honest. I wouldn’t be surprised if the White House just props Trump up places and lies to us until after the election.

Scene from Weekend at Bernie’s. …

We’ve entered into the Weekend At Bernie’s phase of the Trump presidency.

Breaking news: Jared Kushner seen entering the West Wing carrying a notepad and a dvd of Weekend at Bernie’s

And finally, with his return to the White House from Walter Reed medical center came the Evita jokes. The Andrew Lloyd-Webber musical focuses on Eva Perón, the Argentine political leader married to Juan Perón. The original cast featured both Patti LuPone and Mandy Patinkin (my Broadway parents) and is iconic among fans of the Great White Way. It’s also, sadly, a musical that Donald Trump enjoys, which means that everyone makes jokes about it, and Evita doesn’t deserve this. I want to sing “Don’t Cry for Me Argentina” in peace.

But still, his balcony bullshit from his return to the White House is very Evita-esque, so the comparisons make sense.

I still have the lung power and I wore less makeup. This revival is closing November 3rd. pic.twitter.com/vRQ4LepACv

As long as we’re talking about Trump and #Evita @PattiLuPone pic.twitter.com/aL66IRFWBR

Congratulations to Madonna who is no longer the shittest Evita. pic.twitter.com/woWnM8Lb2p

Donald Trump is the worst version of all these things, and I wish people would stop talking about him and bringing them up because I enjoy them and you’re RUINING MY HAPPINESS.