I Can’t Believe Trump Made Me Defend Mitt Romney

Somehow, here we are 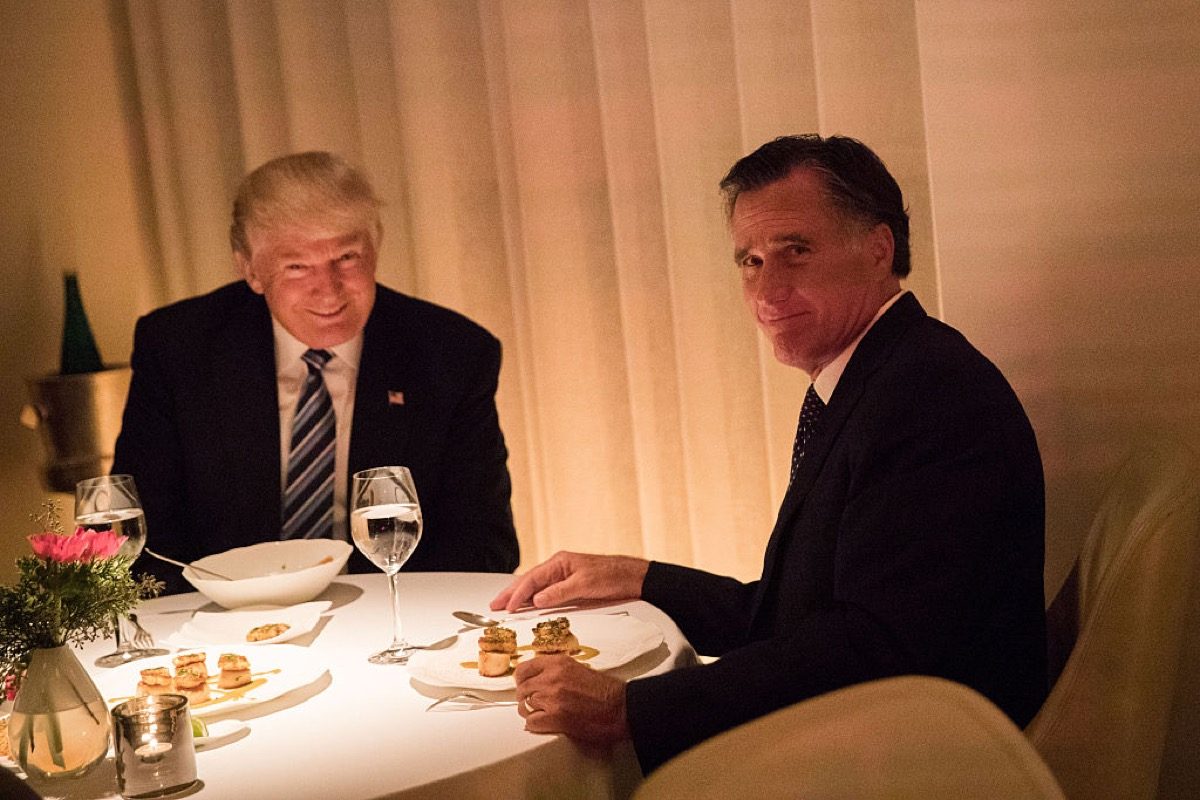 We live in strange times. We have a President so bad, so corrupt and disrespectful of the Constitution and American ethics, that sometime we find ourselves thinking the craziest things. Like “Mitt Romney is right.” And even weirder “Mitt Romney is the most dignified man in his party right how and his colleagues in the Senate could learn something from his integrity.” It’s weird.

Let’s step back for some context. Mitt Romney, former governor of Massachusetts and 2012 republican presidential candidate, has set himself apart from Republicans since the the 2016 election by standing up to the Donald Trump, or at least being willing to call him out, if not actually do much.

Back in March of 2016 Romney famously made a speech appealing to fellow Republicans to vote strategically and work to Keep Donald Trump out of the nomination. He rightly called Donald Trump a fraud, but wrongly predicted he would loose the general election. Perhaps he couldn’t even comprehend that Trump was so corrupt he would collude with foreign powers to sway voters. Welp.

After Trump was elected (but lost the popular vote, let’s never forget), Romney, like others was forced to prostrate himself before the Orange one, perhaps in the hope that Trump would listen to the adults around him about how to behave as a president or a human being. We all know how that went. And Romney continued to question the president.

In 2018, Romney won the Senate seat in Utah in a landslide, and with Trump’s endorsement, placing himself in a new position of power to stand up to Trump, if he found his integrity wherever he lost it after 2016. Perhaps Romney has been waiting for the right moment, because now he’s standing up and Trump’s hysterical response is a grim example of what we can expect in the coming months.

Trump is under impeachment inquiry for soliciting a foreign power to investigate and smear a political opponent in hopes of swaying the 2020 election. That’s not good at all, and then Trump went ahead and made the same request in public last week. Romney, who if nothing else respects the law in a way Trump never will, objected.

By all appearances, the President’s brazen and unprecedented appeal to China and to Ukraine to investigate Joe Biden is wrong and appalling.

Trump is used to obsequious, jelly-spined agreement and support from Senators, so of course he went ballistic against Romney.

Somebody please wake up Mitt Romney and tell him that my conversation with the Ukrainian President was a congenial and very appropriate one, and my statement on China pertained to corruption, not politics. If Mitt worked this hard on Obama, he could have won. Sadly, he choked!

Listen, “Donald,” that’s not how quotations work for one. But more importantly this is just more of Trump’s pattern when he’s called out for his high crimes and misdemeanors: he yells and screams and accuses his accusers of the same thing. He deflects and doubles down. But in this case, he wasn’t done because Romney really got under his skin.

I’m hearing that the Great People of Utah are considering their vote for their Pompous Senator, Mitt Romney, to be a big mistake. I agree! He is a fool who is playing right into the hands of the Do Nothing Democrats! #IMPEACHMITTROMNEY

Yes. A sitting president called for the impeachment of a Senator in his own party. This is bonkers for a lot of reasons, not the slightest being that Senators can’t be impeached, though the can be removed. Trump wants to again deflect everything he’s accused of and that he’s facing onto another person. This is the reason he’s still obsessed with Hillary Clinton’s emails, because that lie is so close to the truth of his own corruption. It’s the classic “I’m rubber, you are glue” defense. It’s annoying on a playground and horrifying from The President.

Here’s why Romney scares Trump so much –  he represents dissent among republicans, and more specifically, dissent in the Senate. If the House of Representative successfully impeaches Trump, he will face a trial in the Senate and it will only take a few brave republican senators like Mitt Romney to stand up against Trump and remove him from office.

The Democrats are lucky that they don’t have any Mitt Romney types. They may be lousy politicians, with really bad policies (Open Borders, Sanctuary Cities etc.), but they stick together!

This is the point where Trump’s past could come back to haunt him, if there’s justice in the world. Because many of the men Trump trampled and insulted throughout the 2016 primary are still in the Senate and could hold his fate in their hands. If Romney is willing to stand up, what’s to stop Cruz or Rubio? Let alone known wild cards like Susan Collins or Jeff Flake.

We all know it’s absurd for Trump to go after Romney simply for saying something true and honorable. I don’t agree with much Romney stands for, but he still has more integrity in his little finger than Trump has in his whole body. That can of course also be said of most human beings. Let’s hope that Romney refuses to be intimidated by Trump’s tantrums and that he does indeed stand for the hope that impeachment could actually succeed.