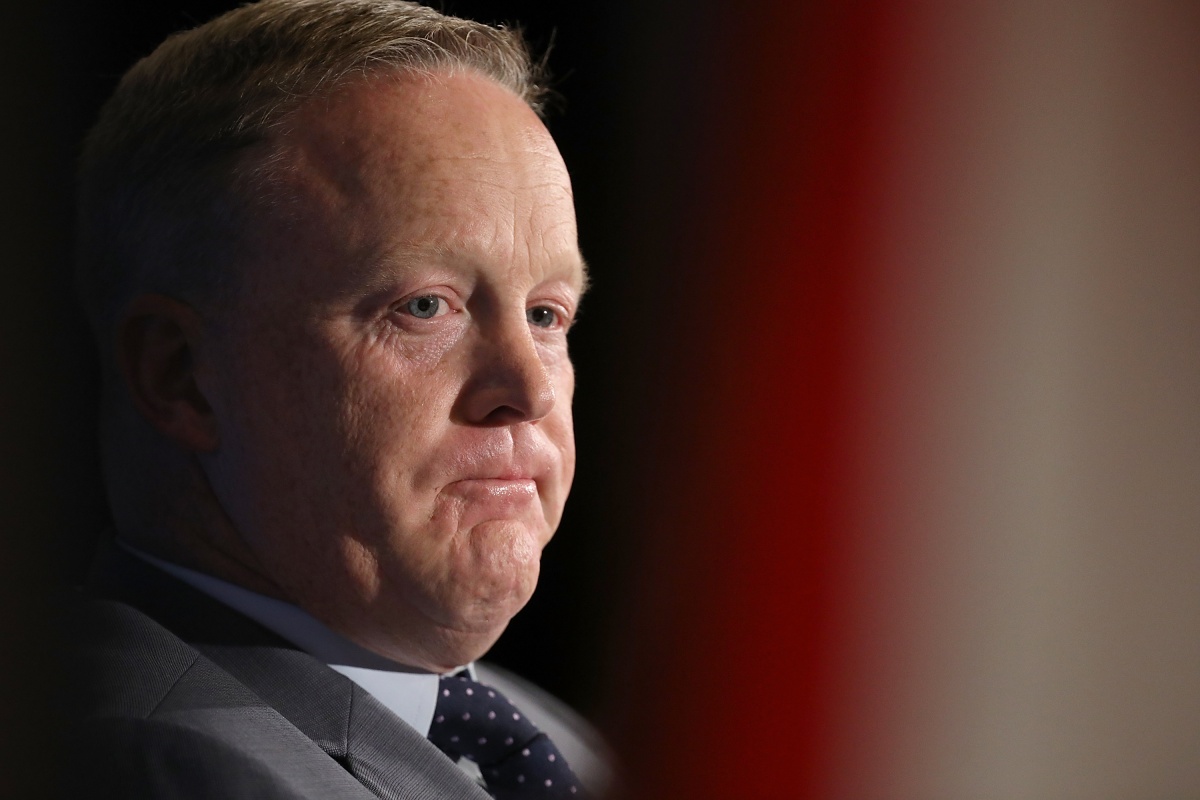 So Sean Spicer continues to be on Dancing With the Stars despite his inability to dance. Why? Because Trump supporters probably think it is their duty to keep Spicer on the show to stick it to the liberals—sorry, own the libs—when the only people I know who watch that show are friends of my grandmother, so yeah! Stick it to the old Italian women.

Anyway, Spicer is still on the show and still terrible, and the only reason this is happening is because we did something to anger the gods, and they’ve been trying to ruin all of our sanity with Trump and his nonsense. Trump, because he would rather do anything other than actual presidential work, took to Twitter to share with his millions of followers (please unfollow him) to vote for Sean Spicer.

Vote for Sean Spicer on Dancing with the Stars. He is a great and very loyal guy who is working very hard! #MAGA https://t.co/JGvKANCRqZ

Now, here’s the thing: If Sean Spicer were in any way shape or form a good dancer, I’d understand why he’s still on the show, but he’s the furthest thing from on beat and cannot dance, so why is anyone trying to support him? The point of the show is to save the best dancer, and if Sean Spicer can’t dance, then your awful stance on politics for Donald Trump’s ex-press secretary is ruining a show that should belong to James Van Der Beek.

Case in point is this bad dance he did this week. If I have to experience this cursed dance, so do the rest of you.

First of all, how dare you insult Styx in this way? Second, this is so bad. Like, he has two left feet. He can’t do anything right in it, and he’s still there exclusively because Trump’s supporters are making a stand against an ABC show that … fellow Boomers watch. Good on all of you.

To be quite honest, it’s so upsetting that Sean Spicer is on the same season as James Van Der Beek when all fans of Don’t Trust the B in Apartment 23 wanted was actual James Van Der Beek to end up on Dancing With the Stars after that was a literal storyline from the show. So let’s, instead, vote for James Van Der Beek and watch as he dances to a slow cover of “Don’t Stop Believin'” by Journey.

This entire thing is stupid because the only reason many of us would have watched this season is because of JVDB, but now, I won’t out of principle (and also because I never watched it before), but maybe I’ll just start voting every week for anyone other than Sean Spicer because, I’m sorry, but the point of a dance competition is that the person who is winning should be able to dance. Not because he once worked for Donald Trump.