Donald Trump Told His Followers Democrats & Journalists Are the Enemy. We Can’t Be Surprised When They Believe Him. 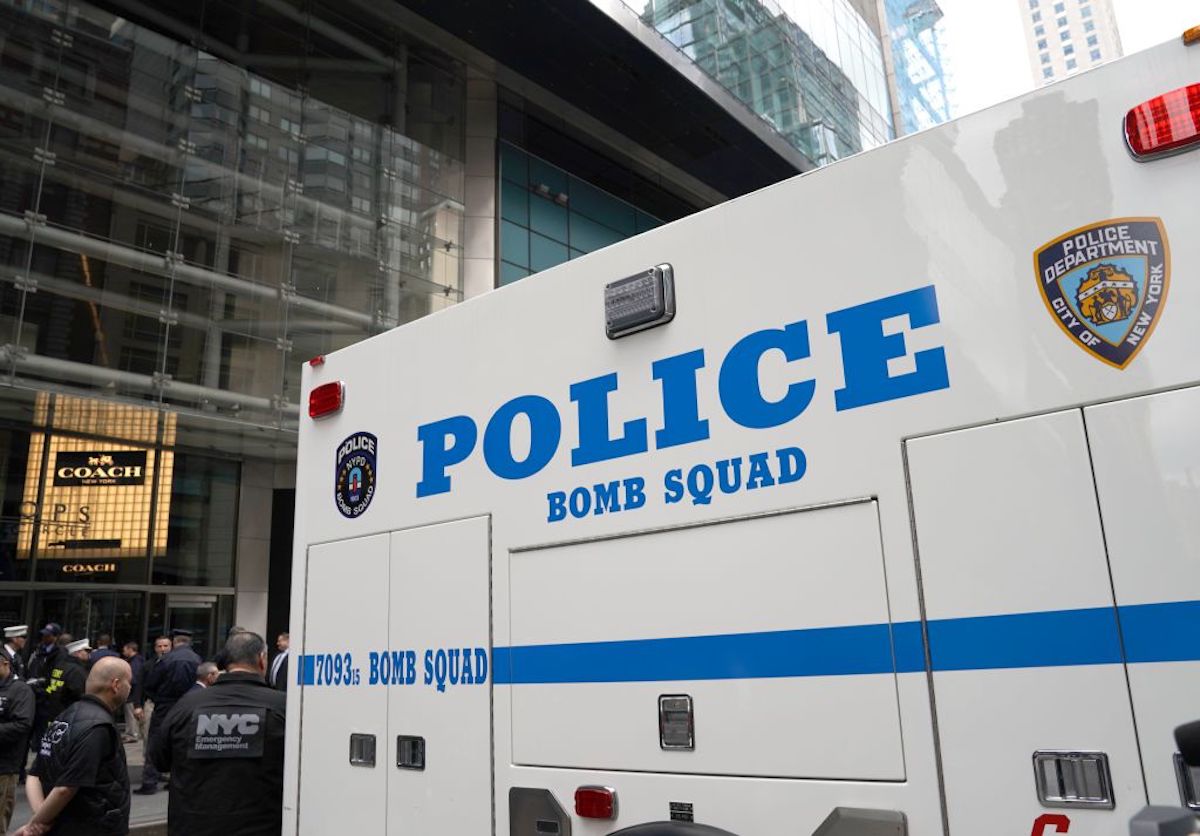 In the last 24 hours, a number of explosive devices have been sent to Democrats and news outlets. First, bombs were intercepted on their ways to Bill and Hillary Clinton, Barack Obama, and George Soros.

Today, a number of others have received similar packages, including (so far) those of Maxine Waters, Debbie Wasserman Schultz, Eric Holder, CIA Director John Brennan, and CNN/Time Warner. (Kamala Harris’ office, which shares a building with the San Diego Tribune, was also temporarily evacuated but the suspicious packages were not explosives.) If you feel like there’s a connection between those names, there is. They’re all people and institutions that Trump has spent significant time convincing his supporters are their enemy.

All folks vilified by Trump

Trump’s attacks on Hillary Clinton and President Obama have been unending and too numerous to even try to recap here. The same goes for Maxine Waters, who never backs down from calling Trump out, and whom he despises for it. He’s convinced his base that George Soros is funding liberal protests.

He’s tweeted numerous times about Brennan’s security clearance, presenting him as a threat to national security. Schultz was a major target of Trump’s anger and mockery during the 2016 primaries. Trump and Holder have a longstanding shared animosity. And of course, he’s long held up CNN as the epitome of fake news and the enemy of the American people.

On top of all of that, Trump has a long history of celebrating violence, from retweeting wrestling memes to urging supporters to be violent towards protestors at his rallies to just last week praising Republican lawmaker Greg Gianforte for assaulting a reporter while simultaneously ignoring the murder of journalist Jamal Khashoggi.

Trump celebrates violence, especially violence toward journalists. He also tells his supporters that anyone who criticizes him is a threat to the American way of life. The fact that one of Trump’s most rabid followers did the math on those two things and decided this was an appropriate way to show political support is not surprising.

Trump has always failed to realize (or, more likely, pretended not to understand) that his words have meaning and they have consequences. That people–both his critics and his fans–actually listen to what he says.

I absolutely hate that the moniker #MAGAbomber is trending on Twitter. Not because it’s inaccurate, but because it’s definitely the title the person doing this was striving for. And Trump is to blame for that, for pushing these ideas that the press and Democrats are dangerous enemies not just to him and other Republicans, but to America itself.

But he’s not the only one to blame. His supporters, both in the media and the general populous, are also to blame, for being complicit in the spreading of these messages. These are the people that care so much about the second amendment but cheer Trump’s trampling of the first. They want to believe so badly that they are the victims in every scenario that they have managed to twist even today’s events into fodder for their self-aggrandizing conspiracy theories.

None of the leftists ostensibly targeted for pipe-bombs were actually at serious risk, since security details would be screening their mail. So let’s determine not only who is responsible for these bombs, but whether they were trying to deflect attention from the Left’s mobs.

I’m going to go ahead and state that there is a 0% chance that these “suspicious packages” were sent out by conservatives.

The only thing “suspicious” about these packages, is their timing.

Caravans, fake bomb threats—these leftists are going ALL OUT for midterms.

These are the people that slam the protests and violence of Antifa with the same vigor they condemn yelling at Republicans in restaurants or elevators, but refuse to condemn with the same force Trump’s violent rhetoric or the actual violence perpetrated by his supporters.

You can’t make up a more apt symbol of this hypocrisy than what happened today.

Unbelievable — a Fox News segment fear-mongering about the ‘left-wing mob’ and ‘incivility’ toward Mitch McConnell at a restaurant was interrupted by breaking news coverage of a string of bombs sent to prominent Democrats pic.twitter.com/UKZogGKHHA

The people who cheer Trump on at his rallies when he makes innuendos about or straight-up calls for violence against the press or Democrats are complicit in the attempted mass violence perpetrated today. So is the right-wing news media that genuinely tries to say the real violence in American politics is the people ruining Ted Cruz’s dinner and not Trump.

But also complicit is everyone who voted for Trump and everyone who stays silent on these issues. American politics have become ugly–uglier than usual–but it’s not the women forcing Jeff Flake to listen to their stories of sexual assault that are the problem. It’s Trump and his attacks on the press, his political opponents, and the freedom to protest that are driving this hateful dynamic.

This is all the empathy and accountability Trump could offer today

What a leader. Everyone that voted for him should be so proud today.