Of COURSE he does. 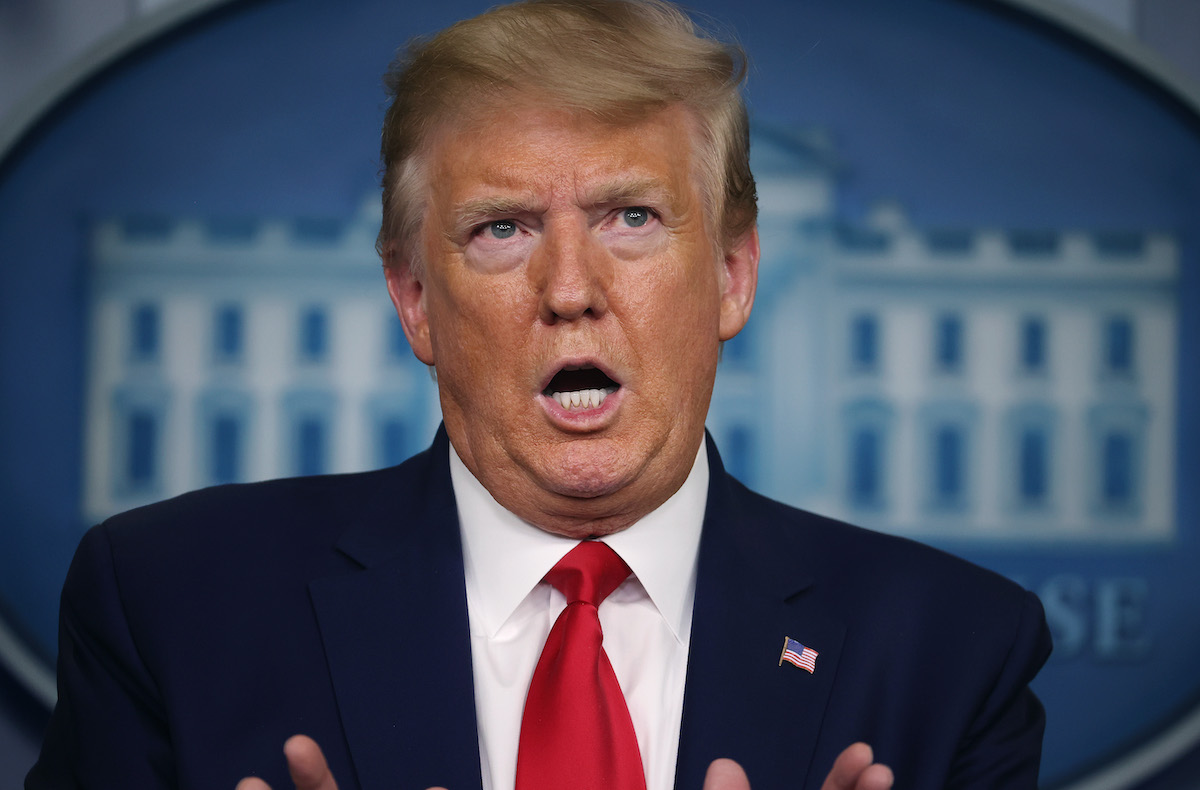 For weeks, Donald Trump has been pushing hydroxychloroquine as a potential cure for the COVID-19 coronavirus. He’s been talking about it in press briefings and tweeting about it, calling it a “game changer,” despite his own medical experts’ repeated assertion that there’s no actual scientific evidence to back that up yet.

So why has he been so insistent? Come on, you know the answer to that.

According to the New York Times, Trump “has a small personal financial interest” in Sanofi, the company that makes Plaquenil, which is the name-brand version of the drug.

On top of that, the paper writes, “Some associates of Mr. Trump’s have financial interests in the issue. Sanofi’s largest shareholders include Fisher Asset Management, the investment company run by Ken Fisher, a major donor to Republicans, including Mr. Trump.”

And there’s more! Back in 2018, it was reported that Swiss drugmaker Novartis paid then-Trump lawyer/current federal prison inmate Michael Cohen about $1.2 million to gain access to Trump. At the time, this was just your basic Trump-level corruption and Novartis was one of a handful of companies named in the same report. But guess what Novartis happens to be the world’s largest manufacturer of. You guessed it!

Just remember, every time Trump says something like “I’ll donate my salary” or “Okay fine, I won’t take any stimulus money,” it means exactly nothing because his wellspring of corruption will never run dry. And when he says things like “What do you have to lose?”–a direct quote from one of his press briefings–well, the answer is probably “A lot.”

👀 So, in the hydroxychloroquine study that showed “100% cure,” 4 patients who went to ICU or who died were excluded from the reported results because the fact that their condition worsened made them fall outside the study’s criteria of what to report. https://t.co/l8Qa9HJ64K pic.twitter.com/ABqRiWrsJF