Trump Learns Nothing From Being Sick, Halts COVID-19 Stimulus Talks Until After the Election 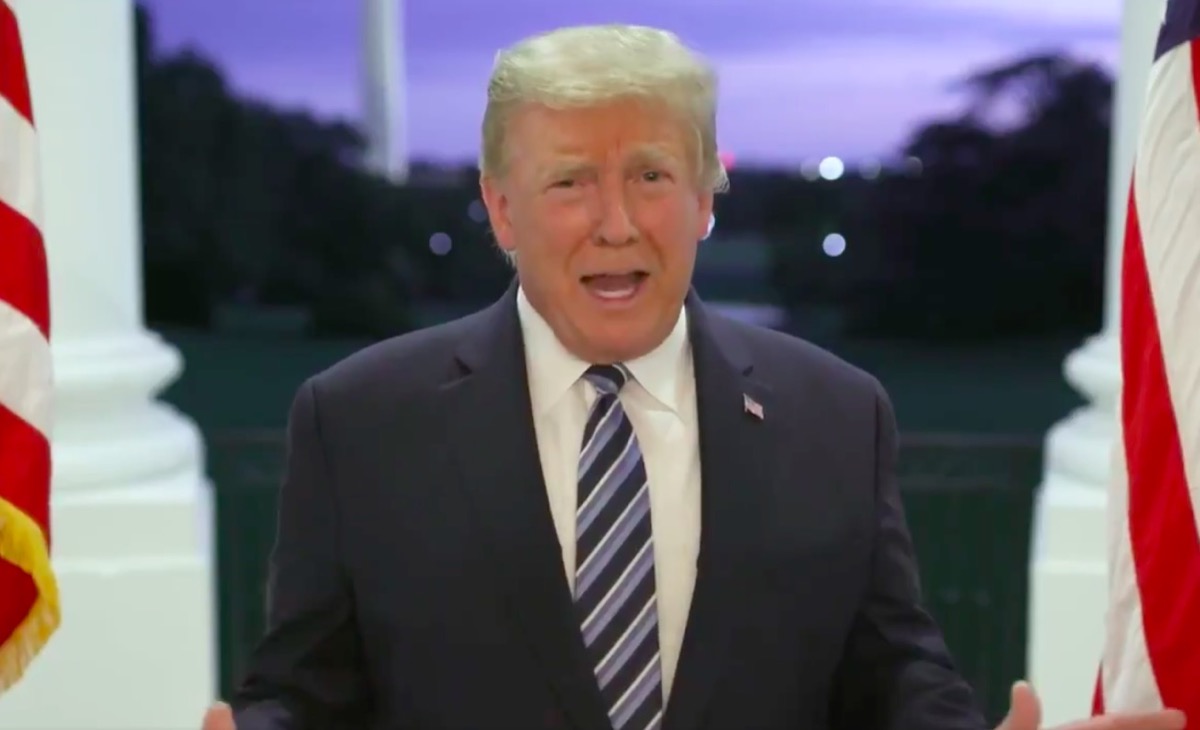 After his weekend at the Walter Reed Medical Center, Donald Trump has had a come-to-Jesus moment and returned to the White House humbled and ready to take on the pandemic with science and empathy. JUST KIDDING! The outbreak monkey-in-chief dragged his still highly contagious self back to the White House, while tweeting that people shouldn’t be afraid of COVID-19. Trump, who is on the corticosteroid dexamethasone, tweeted out his typical stream-of-consciousness raving, and released a video that was roundly mocked on social media.

Trump is unable to learn or grow from his illness, because he is incapable of any self-reflection or personal growth. And in the latest move to demonstrate his complete and utter detachment from reality, Trump tweeted that he would be unilaterally tabling any economic stimulus talks until after the election.

Trump tweeted, “Nancy Pelosi is asking for $2.4 Trillion Dollars to bailout poorly run, high crime, Democrat States, money that is in no way related to COVID-19. We made a very generous offer of $1.6 Trillion Dollars and, as usual, she is not negotiating in good faith. I am rejecting their … request, and looking to the future of our Country. I have instructed my representatives to stop negotiating until after the election when, immediately after I win, we will pass a major Stimulus Bill that focuses on hardworking Americans and Small Business.”

He continued, “I have asked… @senatemajldr Mitch McConnell not to delay, but to instead focus full time on approving my outstanding nominee to the United States Supreme Court, Amy Coney Barrett. Our Economy is doing very well. The Stock Market is at record levels, JOBS and unemployment…also coming back in record numbers. We are leading the World in Economic Recovery, and THE BEST IS YET TO COME!”

Trump’s tweets must have come as a surprise to both Nancy Pelosi and Steven Mnuchin, who have been negotiating for weeks on a stimulus bill. Democrats in the House passed a relief bill in the spring, with Senate Republicans countering with a wildly unpopular bill of their own at the end of July.

Nancy Pelosi released a statement saying, “Today, once again, President Trump showed his true colors: putting himself first at the expense of the country, with the full complicity of the GOP Members of Congress.” She added, “Clearly, the White House is in complete disarray.”

President Trump has shown his true colors: walking away from coronavirus relief negotiations and refusing to give real help to poor children, the unemployed, and America’s hard working families. https://t.co/gic4yuVsTB

Many politicians and journalists took to Twitter to question the president’s tweets, which have already caused a sharp plunge in the stock market. Even Federal Reserve chair Jerome Powell, a Trump appointee, has warned that an inadequate relief bill would extend the coronavirus recession.

President Trump apparently didn’t view it as a dire warning. He just ordered Republicans to pull the plug on stimulus talks https://t.co/Q2mUgOjHA7

McConnell admits that Republicans are going to block the stimulus in order to focus on confirming Barrett.

The only world in which this makes political sense is if McConnell knows they’ve already lost the election and this is a last minute power grab on the way out the door. https://t.co/PvggiYucgl

It’s a baffling power play from Trump, which will no doubt hurt his re-election campaign. It’s also an affirmation of his complete lack of empathy and compassion, even after contracting coronavirus himself. There is no lesson to be learned, no tone shifting. As Joe Biden said at the debates, “it is what it is, because you are who you are.”