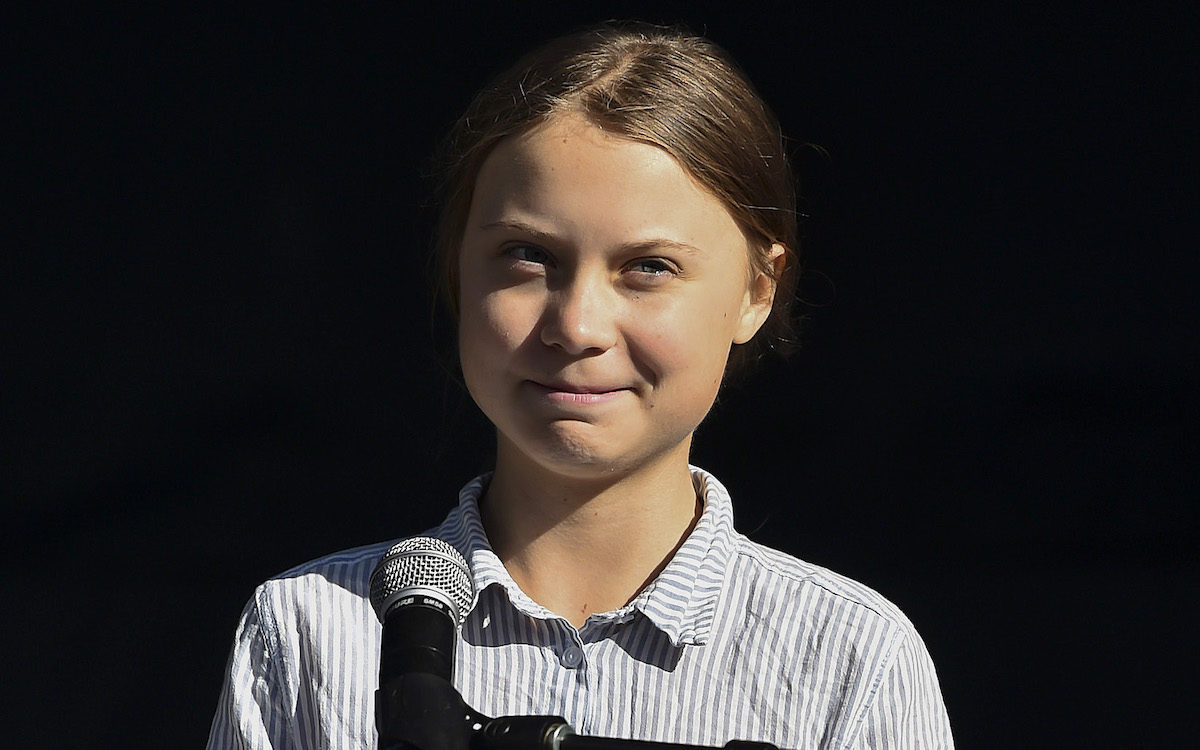 To prove that he is very stable and also super popular, Donald Trump has been retweeting pretty much any rando who says something complimentary about him. And just to spice things up, he’s also retweeting attacks on teenage activists. I wonder if he’s in a particularly bad mood for some reason?

A possibly but probably not real person named Kellie posted the video of Greta Thunberg speaking at the U.N. Climate Action Summit. That speech is incredibly emotional. It’s clear that she’s full of passion and fear and anger at the adult world leaders, who she sees as ignoring and selling out her generation.

Of course, not everyone was moved by Thunberg’s speech. Some—presumably those lacking any sort of empathy or awareness—have convinced themselves that she’s “an actress.” That’s what Kellie said, and Trump told her to “keep up the great work,” whatever that means.

This isn’t the first time Trump has mocked Thunberg on Twitter. Possibly angered by that gif of her glaring at him as he entered the U.N. headquarters going viral last month, he tweeted a video of this same speech along with the caption “She seems like a very happy young girl looking forward to a bright and wonderful future. So nice to see!”

Thunberg won that sparring match, though.

If you come for the queen, you best not miss. https://t.co/1l7Ve1YSOb

The president has decided that one of his biggest enemies is a young, passionate, autistic climate activist barely older than his youngest son, whose mother has declared cyberbullying to be the issue that most concerns her. It’s all just too much.