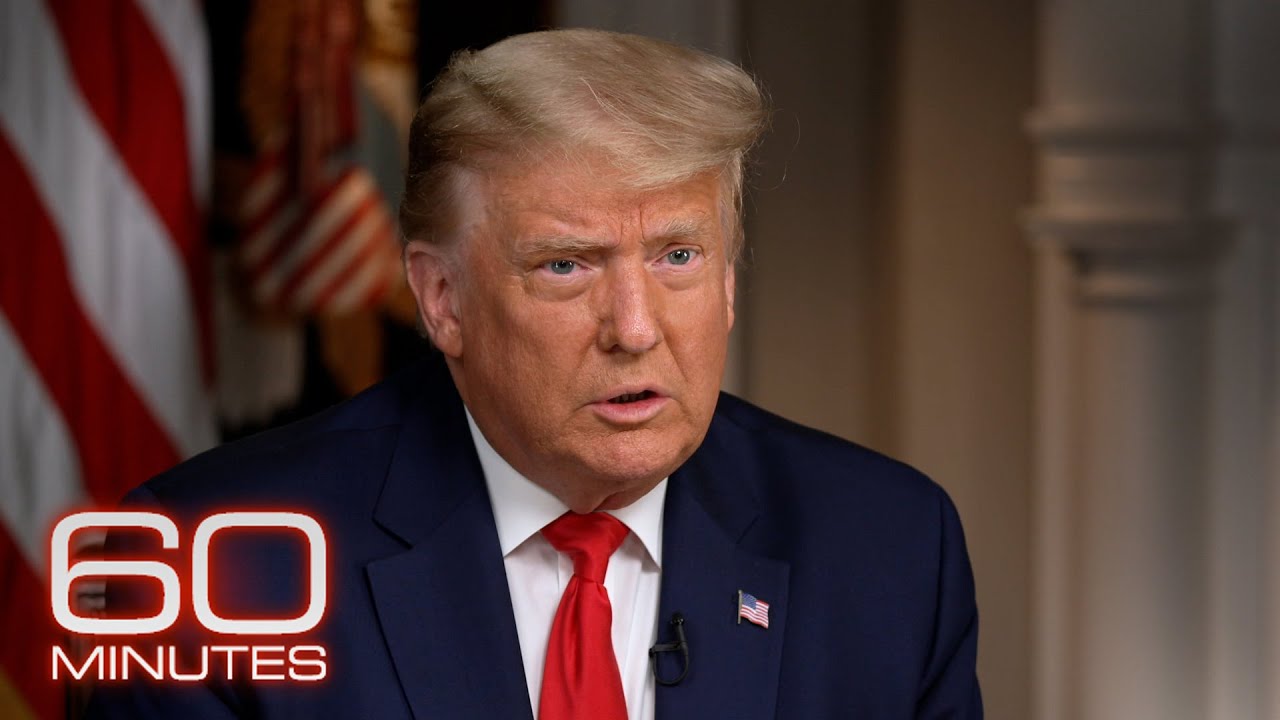 Last week, Donald Trump released footage of his 60 Minutes interview with Lesley Stahl. This was days before CBS planned to air the full episode containing the interview, and Trump’s intention seemed to be to shine a light on the “bias, hatred and rudeness” he thinks he received from Stahl. In reality, the footage, which appeared to be shot from the sidelines by someone on his team and which he posted to his Facebook account, just made him look like a gigantic baby.

CBS aired their full episode Sunday night, and Trump looks just as terrible as he did in his own uncut footage—and what’s really great is that because he released that footage first, he can’t claim that he was edited to look bad. That’s just how he actually looks!

As we already saw, the interview is pretty much just 30ish minutes of Trump lying before finally storming out entirely. In CBS’ final version, where you can see Lesley Stahl’s face as she calmly but persistently challenges Trump’s lies, it really makes it clear just how thin-skinned he is, cutting the interview short because he couldn’t take her tough but legitimate and entirely fair push-back.

This was Trump’s epic meltdown on 60 Minutes and it was even worse than reported. Trump literally ran away because he didn’t like the questions. pic.twitter.com/48Xu2TiI1o

That clip of the last few minutes of the interview starts with Stahl mid-fact-check, telling Trump that 60 Minutes “can’t put on things we can’t verify.”

Trump was talking about the conspiracy theory that the Obama administration spied on his 2016 presidential campaign, insisting that that story “has been verified” and that Stahl knows it and she is deliberately hiding that story in order to help Joe Biden’s campaign. And while I know we’ve all become pretty numb to that kind of comment from Trump, it’s worth taking a second to recognize what an incredibly serious accusation that is to lob at any journalist, especially one as respected as Stahl. It is a WILD thing to say and we all just accept it as being a totally standard Trumpism at this point.

Stahl asked if Trump thought his “tweets and [his] namecalling” are alienating people. He again got defensive and said “the media is fake” (which got a terrific eye roll from Stahl) and says that’s why he needs social media.

Stahl reminded Trump that he once told her his reasoning for calling the media fake: “You said to me, ‘I say that because I need to discredit you so that when you say negative things about me, no one will believe you,” Stahl said. That logic has always been pretty obvious, but it still works on a huge number of his supporters and it’s nice to see him called on it face-to-face, although he, of course, denied that’s what he’s doing.

The interview ends with Stahl saying she didn’t want to have a contentious conversation and Trump insisting that she did. She started the interview by saying there would be “tough questions,” he reminds her, clearly not understanding the difference between “tough” and mean/unfair/fake news. He accuses her of being tougher on Biden—whom she appears not to have interviewed in more than a decade!—than she is on him. When she asks Trump to forget about Biden for a minute and reminds him that he is currently president, that’s when he cuts things short.

“Excuse me, Lesley, you started with me,” Trump says. “Your first statement was”–and here he puts on an angry face and scolding voice to imitate her–”‘Are you ready for tough questions?'”

What an absolute child.