Donald Trump Is Planning the Worst Fourth of July Party 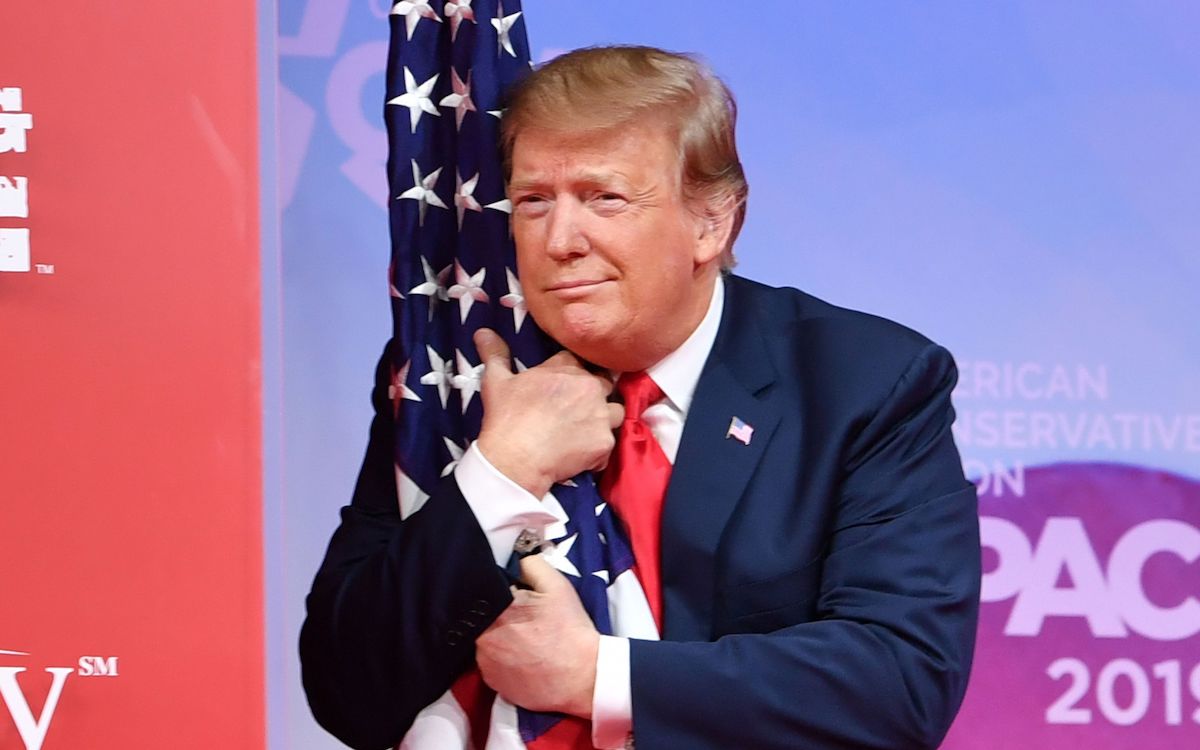 Traditionally, the National Mall in Washington, DC is the city’s most popular spot for Fourth of July festivities. The view of the fireworks is incredible and there are no partisan politics on display, just families and friends gathering to celebrate together. That will not be the case this year. This year, Donald Trump is turning the day into what will essentially look like one of his campaign rallies, but with tanks.

The typically nonpolitical celebration will now be a distinctly Republican event. Trump is reportedly planning to give a speech from the Lincoln Memorial and cordon off a large area around it—cutting off what many consider to be “hands-down best spot in Washington for fellowship and fireworks,” per the Washington Post. As for who will get a spot in that private area, the RNC and Trump appointees have been giving out tickets to major Republican donors.

One anonymous White House official told HuffPost, “This speech will not be political. It will be about celebrating our nation’s independence, our flag and our great military.” But does anyone believe Trump is capable of that? Can he give a speech without mentioning his reelection campaign, or insulting Democrats or trashing Hillary Clinton or Barack Obama? If he turns this into a campaign rally, things will get muddy, ethics-wise, since the RNC isn’t paying for the event, we all are.

Trump is turning a day about the country into a day about himself, not that that should surprise anyone. Trump told reporters that plans for the day include an Air Force One and Blue Angels flyover and also a bunch of tanks stationed around. Although the DC Council is fighting him on that last point:

We have said it before, and we’ll say it again: Tanks, but no tanks. (PS: The @DeptofDefense agrees, see highlighted area below) pic.twitter.com/ock2EORKNz

This isn’t the first time Trump’s hopes for a grand military parade have been quashed. After attending a Bastille Day parade in France last year, Trump tried to plan his own event meant to “top” that one. Trump seemed to miss the fact that the point of Bastille Day is not military might, but rather the people’s rights. No, it appeared that he saw tanks and said to himself “Gimme that.”

He ended up canceling that planned parade after Mayor Muriel Bowser told him how much it would cost to have the tanks he so coveted. (They do a lot of infrastructure damage.)

Even though Trump was inspired then by a French celebration, Vox broke down at the time why what he actually seemed to want was a parade like they have in communist dictatorships. And that’s a dream he apparently hasn’t gotten over. One RNC fundraiser (who said he received an unsolicited offer for some of those VIP tickets) commented to HuffPost regarding the plans for this week, saying “He wants to have a parade like they have in Moscow or China or North Korea.”

Tanks in the streets. Concentration camps. Bumbling toward useless war in Iran. Millions flowing through Trump’s businesses. Everything but crowns for Ivanka & Jared.

Everyone who was called hysterical was right — yet still no one is listening to them about what happens next. https://t.co/wwMUOeaNYd

Last year, Trump spent the holiday in Florida and while those frequent golf trips are a huge drain on taxpayer resources, it sure would be better than this.