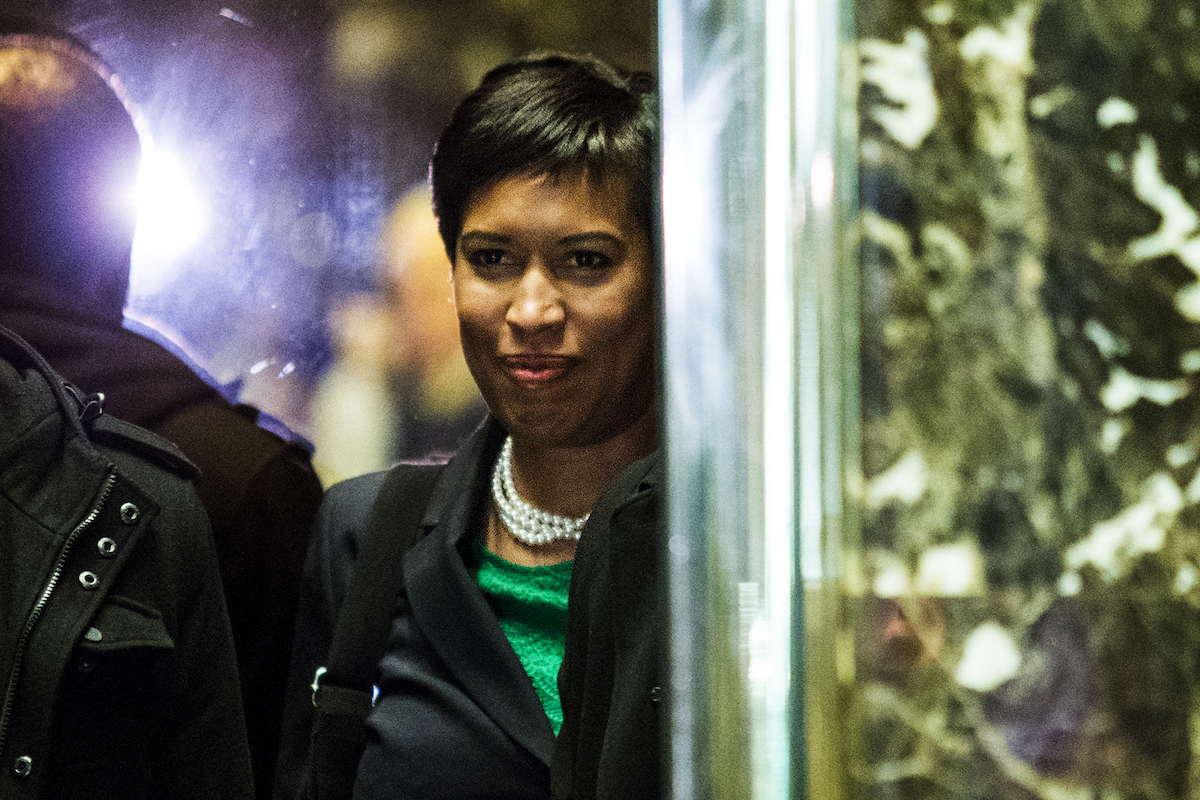 There’s nothing Donald Trump loves more than celebrating himself, so it’s no surprise that he’s a big fan of putting on parades. He’s been planning a gigantic parade in D.C., reportedly ever since he spent Bastille Day in France last year. The event was originally scheduled for November 10th and was going to be a uniquely Trumpian, lavish display of America’s military strength.

Yesterday, the Pentagon announced that the date of the parade would likely be pushed back to 2019. They didn’t say why, but most people assumed it was because the projected cost was expected to be in the realm of $92 million, up from the original estimated $12 million.

Trump essentially confirmed that theory today when he tweeted that the “local politicians” in D.C. were trying to swindle him (or rather, the American people, since we’re the ones paying for this crap) out of too much money.

The local politicians who run Washington, D.C. (poorly) know a windfall when they see it. When asked to give us a price for holding a great celebratory military parade, they wanted a number so ridiculously high that I cancelled it. Never let someone hold you up! I will instead…

….attend the big parade already scheduled at Andrews Air Force Base on a different date, & go to the Paris parade, celebrating the end of the War, on November 11th. Maybe we will do something next year in D.C. when the cost comes WAY DOWN. Now we can buy some more jet fighters!

More. Jet. Fighters. Not an increase in Veterans Affairs. Not covering the medical costs of transgender troops, which Trump deemed too expensive as justification for his trans military ban. (The actual cost of military medical care specifically for trans troops is around $2.4 to $8.4 million annually—way less than a parade.) Nope. Jet fighters.

As for those “local politicians,” D.C.’s mayor, Muriel Bowser, responded to Trump’s attacks.

Yup, I’m Muriel Bowser, mayor of Washington DC, the local politician who finally got thru to the reality star in the White House with the realities ($21.6M) of parades/events/demonstrations in Trump America (sad). https://t.co/vqC3d8FLqx

What I find amazing here is that Trump tried to shame Bowser by claiming she was price-gouging his parade, but the estimate she cites is a fraction of what the event was actually projected to cost. Obviously, there are other costs involved too, but it shouldn’t take a mayor to convince Trump that expensive things are expensive.

In another interview, Bowser said, “The notion that we would overstate what it takes to properly have a parade or demonstration, especially on this short notice, for some benefit to the city – it was just outrageous.”

“It’s pretty clear that the president is upset about the parade,” she continued, “and it appears that he didn’t want to take on his own agencies … or the Pentagon, so he decided that we were a good target.”

This is a good periodic reminder that Trump ran on the promise of treating America like a business, and that he is, and has always been, very bad at running businesses.