Who's up for a good old fashioned witch hunt? 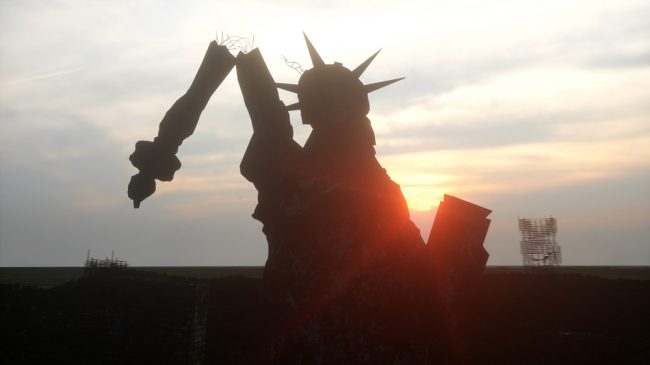 Brace yourselves, folks. Donald Trump’s transition team sent out an official request this week to the State Department, asking for information on “gender-related staffing, programming, and funding.” The Washington Post reports that request was sent out Wednesday, and required the reports by 5:00 pm that same day, demanding each State Department send a list of programs that “promote gender equality, such as ending gender-based violence, promoting women’s participation in economic and political spheres, entrepreneurship, etc.” They don’t specifically ask for names, but they did say the reports “should note positions whose primary functions are to promote such issues.” So… pretty much asking for names, right?

What are the chances this request for information is an effort to help make sure the department is fully dedicated to diversity, equal hiring practices, and enacting progressive projects? Any? Is there any chance at all? Like how we’ve been hearing about Hollywood studio heads and shrowrunners and producers realizing they need to keep tabs on what percentage of their directors, employees, protagonists, etc. are female or people of color or LGBTQ?

Yeah, this is not that. An anonymous state official told the Washington Post,

“It’s not clear to us what the intent is behind this request,” the official said. “The Trump team could be looking to advance gender issues and make it a priority — or you could look at it as a witch hunt.”

Can we please, maybe, naively allow ourselves to believe the former? Okay, no, probably not.

“These types of requests send a cold chill through the Department and career diplomats dedicated to their work and service to the country,” a different State Department official told me. “It’s devastating to morale.”

Last week, a similar request was sent from the transition team—or at least a member of the team—to the Energy Department, who refused to fulfill the request. In the past, Trump has called climate change a hoax manufactured by China. He has… let’s go with issues, with women. Trump compiling lists of the programs and people driving forward the things he hates is a terrifying idea.

The democrats of the House Foreign Affairs Committee wrote in a letter to Secretary of State John F. Kerry, “In our view, gathering names in this manner bears striking resemblance to dark chapters in our history marked by enemies lists and political witch hunts.”