Welcome to Your Dystopia: The Smoke and Mirrors of Trump’s First Press Conference 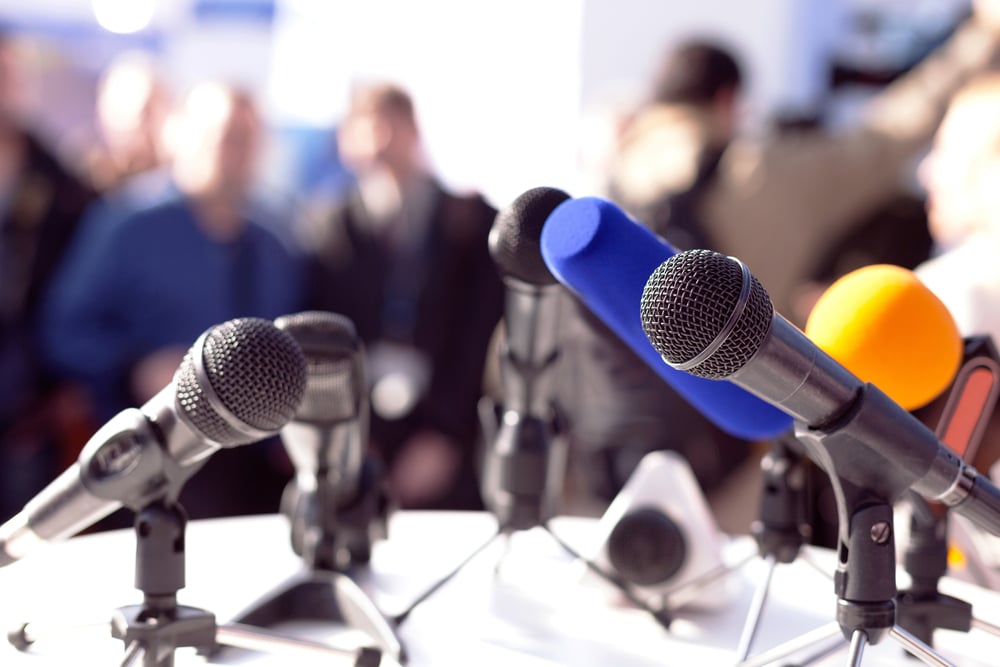 The last time, until yesterday, that Donald Trump held a press conference was before the election, when he bizarrely took credit for verifying that Barack Obama had been born in the United States—a thing almost no one had doubted for years, and no one with any self respect ever doubted at all. Then, yesterday, Trump held his first press conference as president-elect, and it was every bit as dystopian as you could’ve imagined.

First and most obvious was his table of folders that supposedly contained just a small part of the paperwork to help separate Trump from his businesses as president, even though he’s already claimed that, as president, he can’t have any conflicts of interest. Wow, so much paperwork! They must really be taking things seriously … except that no one was ever allowed to look inside the folders and see if they were full of anything but blank paper. Even if they were full of legitimate paperwork, which I highly doubt, they were present at the press conference entirely for show, in the way that adding an image to “fake news” (Trump’s new favorite accusation) makes it immediately feel more legitimate.

Meanwhile, the actual “plan” to separate the president-elect from his business interests, presented by a lawyer instead of the man himself, is complete nonsense. A lengthy statement from the Office of Government Ethics, which we narrowly avoided seeing Congress dissolve in recent days (thanks to phone calls, not intervention from Donald Trump, who only objected to the timing of Congress’s plans), says as much, while also explaining why “the president can’t have conflicts of interest” is a statement based on a single, specific law that doesn’t apply to the president for logistical reasons, not because the president can’t have conflicts of interest in general.

Whew. All that just talking about a table of inanimate objects! Then, there was the audible response—laughter, whoops, and clapping—in the room for Trump’s “jokes” and other statements. If you heard all that and thought, “What? No way the news media actually likes what this man is saying,” you were right! It was Trump’s paid staffers in the room audibly reacting to him that created the illusion of support for his nonsense, not the reporters, who he chastised as “fake news” when it came to CNN, and he called Buzzfeed a “failing pile of garbage” for publishing the unverified contents of an intelligence memo about him. (Buzzfeed was very clear in their article about the contents of the report being unverified.) Then, he refused to take a question from their reporter, which resulted in more shouting and belittling of the press.

He also said no one but the press cares about seeing his tax returns, which, if released, could help him out by cutting off all manner of speculation about his conflicts (or confirm them, in which case we fully understand why he refuses to release them), as evidenced by the fact that he won the election. (People actually do care.) Meanwhile, as previously mentioned, this is the same man who thought America cared deeply about President Obama’s birth certificate, even though it’d already been produced, despite that being a strange thing to even ask. To top it all off, Trump’s lawyer (from a law firm whose Moscow office is rated #1 in Russia—no, that’s not a joke) tried to make everyone feel bad for the man and complained that he shouldn’t have to “destroy” his company to be president. The Office of Government Ethics disagrees, and they wish he would’ve started working with them a long time ago—or at all—so they could’ve helped him figure out how to go about it.

If he’s not prepared to do what’s necessary to serve his country, he shouldn’t be president at all. This wasn’t forced on him. He asked to be president. He fought hard for it, but being granted that position and power, he should get everything that goes with it.

He also finished the press conference with his TV catch phrase, so I’d better not hear anyone among his supporters ever complain about celebrities talking politics ever again.

Meanwhile, the Senate took steps last night to gut the Affordable Care Act after Trump mentioned it in the press conference. There’s still no suitable replacement plan in place that would keep the things people like about the ACA (preexisting condition protections and contraception coverage, to name some) while getting rid of the parts people don’t like (the individual mandate).