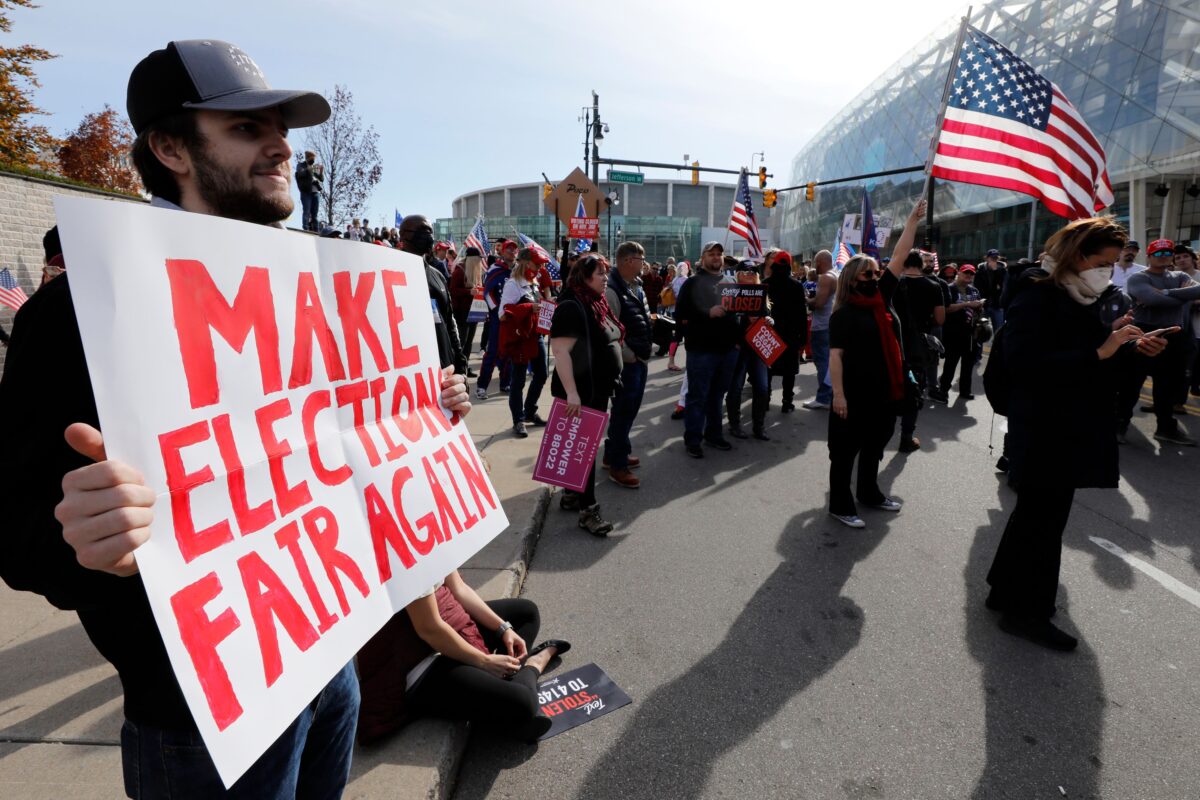 As it becomes clear to anyone with a sense of reality, Joe Biden has won the presidency and despite massive Republican efforts to the contrary, it was done in a free and fair election. But Donald Trump and his millions of supporters will not go quietly, as we suspected. And also as suspected, they are fighting for fake democracy in the dumbest way possible which includes sending lawyers to other states who look like children?

This is Briscoe Cain (a name that sounds totally real!) who is apparently an elected official of some kind and also claims on his Twitter profile that he has five (5!) children. Which is … surprising. But he’s on his way to Pennsylvania to … stop legal votes being counted? Along with very Harlan Hill, who looks like a bad recurring character on All That, we have a whole team of “people” aligned to “help” Donald Trump.

It’s cost effective too, because you can fly for free as a lap child https://t.co/kIXchEUM47

This is three kids standing on each other’s shoulders https://t.co/e77hSyoZ1w

His hat is so big to store all the jelly beans he needs for such a long flight https://t.co/kIXchEUM47

The thing is that this is nonsense in other ways. I am a lawyer, I passed the bar and was admitted to practice law in the state of Oregon, and so I know that you can’t just fly to another state and start suing people. You have to be admitted to the bar there or associate with in-state counsel. This is because laws are different in different states! This guy is a bad lawyer! This is pure performance and, even more, the suits that are being filed are garbage! Like, the attorney general of Nevada literally called it that!

Nevada Attorney General Aaron Ford on CBS responding to Trump campaign: “This six-page complaint that they filed late last night is, in a word, garbage.”

And they’re losing too:

A statewide appellate court judge in Pennsylvania has dismissed a request from Republicans to stop the state or counties from counting provisional ballots that were cast by voters whose mail-in ballots were disqualified by a technicality.https://t.co/Xmb9XGxMP0

You can’t just sue people to force them to … not follow the law. But again, I guess we can expect cries of unfairness because they didn’t win from a bunch of political toddlers. The good news is that the entire “#LawyersForTrump” is a fun trip to the daycare.

This Texas lawyer is flying to Philadelphia this morning to link up with a team of attorneys from across the country to fight for a fair and honest election in Pennsylvania. #lawyersfortrump pic.twitter.com/kb93fOXDL0

And yes it’s easy and a bit mean to make fun of these tiny man-children, but we’re not shaming their looks. We’re shaming the fact that are silly, petty, ignorant fools making themselves look even more idiotic by supporting another fool, Donald Trump.

Brisco and friends here are participating in the fallacy that there is any sort of fraud in any of the states yet to be called. That’s terrible. It doesn’t just make them silly people who deserve to be skewered on Twitter, it makes them a disgrace to the legal profession where our first oath and duty is to uphold the law and constitution.

So please, someone call this child’s parents and send him home for a time out to think about what he’s done.