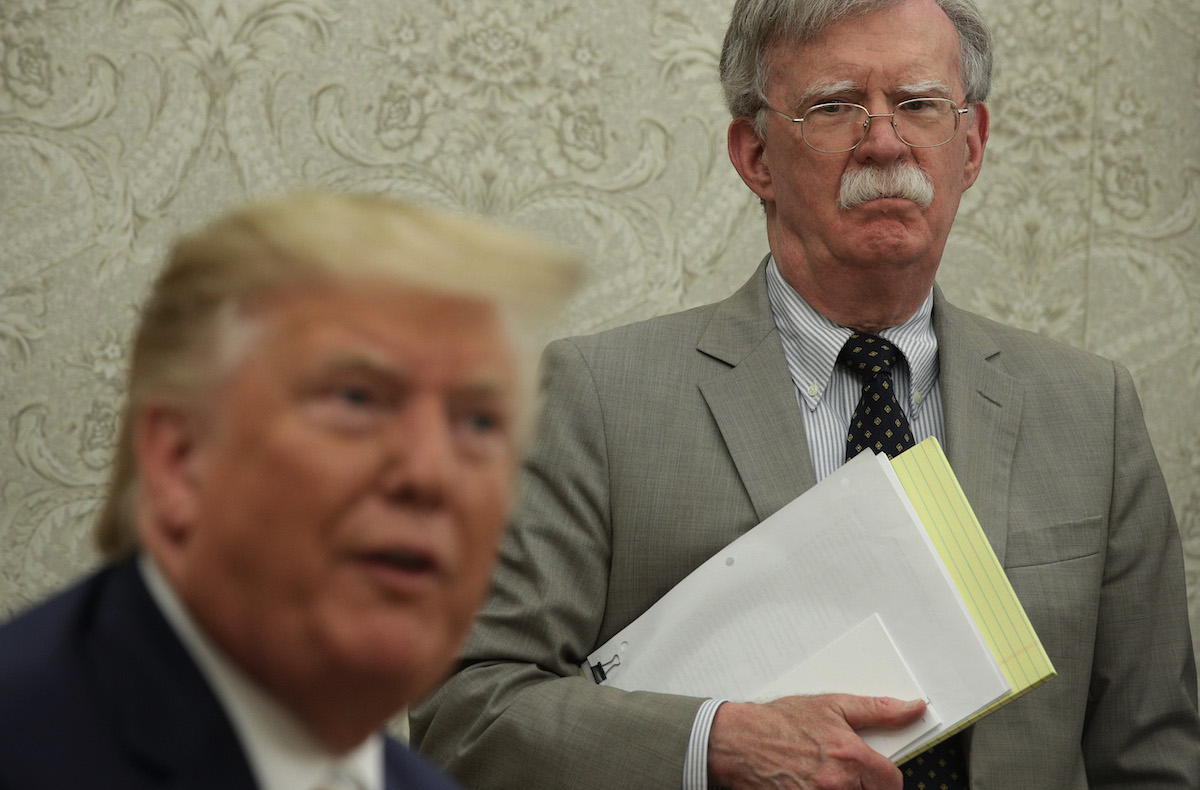 Bolton was the third National Security Advisor to leave this administration, as Trump has apparently had trouble finding someone who is both aggressively hawkish enough to quench his bloodlust and fawning enough to satisfy his ego. Bolton is a staunch neocon nationalist who has supported the Iraq War as well as American military intervention in a whole host of foreign regime changes. But he also frowned on Trump’s desire to cosy up to dictators and reportedly refused to support his policies in television interviews.

Have similar reporting – West Wing officials said Bolton didn’t want to defend Trump on Russia being readmitted to G7. People close to Bolton insisted it was because he didn’t want to be the front person talking about tariffs, per multiple sources, which made little sense. https://t.co/qcop2GVK2F

He also, it should be remembered, always had a seriously weird fixation with that mustache.

As a reminder, Bolton would’ve had this position starting in 2017, but Trump hated the look of his mustache and Bolton wouldn’t shave. So that’s how national security decisions had been made under this administration. https://t.co/LDqLoJeU0C

But apparently it was Bolton’s disapproval over Trump’s plan to host Taliban leaders at Camp David this week (seriously) that was the final straw and, as with former Secretary of State Rex Tillerson and plenty others, Trump fired Bolton by tweet.

….I asked John for his resignation, which was given to me this morning. I thank John very much for his service. I will be naming a new National Security Advisor next week.

Getting fired in a tweet is petty and mean and unprofessional but most who have gone that way just suck it up and leave quietly. Not Bolton, though, who has proven today that he is not averse to some messy drama.

First, he met Trump on his own preferred platform, tweeting the professional equivalent of “You didn’t dump me, I dumped you.”

I offered to resign last night and President Trump said, “Let’s talk about it tomorrow.”

But then he took things a step further and texted a host of Fox & Friends–Trump’s favorite show and one that he reportedly always watches, while the show was on the air!–to push his version of this breakup.

There is absolutely no one I’m rooting for in this fight. I’m just here for the drama.

So long, John Bolton. I’m sure your replacement will somehow be even worse than you but for now, we can just celebrate your very messy departure.

John Bolton has been one of the leading proponents of making the world a more dangerous place.

John Bolton should testify before Congress as soon as possible ✌️

Don’t let the door hit you on the way out, bitchbag. pic.twitter.com/FmrkmeGPZ2