For Trump, a Tuna Bout Is Not Fair Play 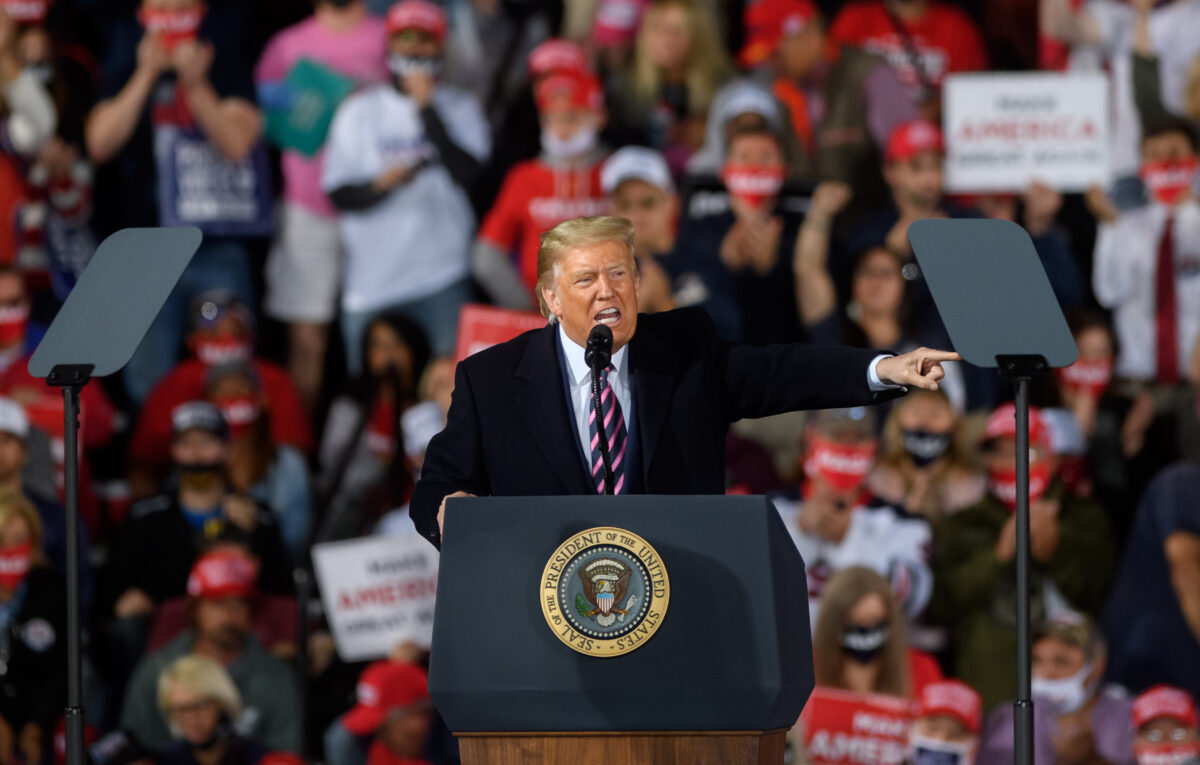 There’s nothing more dangerous in the hands of a protester than … a can. In this case, Donald Trump has come to warn us all about the terrible dangers of cans. Specifically, cans of Bumblebee Tuna. Well, at least in the hands of protesters. Or was it immigrants? Antifa? CANtifa? I can’t even follow any more.

“They go out & buy tuna fish & soup, you know that, right? Goya, I hope. Good guy. Because they throw it. It’s the perfect weight. Tuna fish, they can really rip it & it hits you. It’s true … You can throw that sucker, you can put a curve on it.” — Trump on protesters pic.twitter.com/FVkDLv1hdD

The president on violent protesters: “Cans of tuna fish. They go out and buy tuna fish and soup. You know that, right?…Because they throw it. It’s the perfect weight, tuna fish, they can really rip it, right? And that hits you. No, it’s true. Bumble Bee brand tuna.”

Everything about that clip, and Trump’s assertion, is just bonkers. You have the President again advertising Goya products because it owns the libs or whatever. You have the false claims about antifa or whoever he’s smearing. And he’s not just doubling down on his ridiculous bags of soup claims from earlier in the year, he’s upping it to tuna. TUNA.

Now, yes, it is odd that someone who is often dumb as a rock has never heard of rocks, or protesters simply throwing whatever is around—you know, like normal people might do, though recent protests in America have largely seen violence and aggression coming from law enforcement and counter-protesters and not the protesters. But Donald Trump only understands and cares about things you can buy. If you don’t spend money on it or get money from it, it’s meaningless, pointless, and probably doesn’t exist.

Bumble Bee, for their part, had a simple response.

But that’s just the beginning of the jokes that Twitter lobbed like, well, cans of tuna at this deflated basketball in a suit yelling about nothing.

Slept with a can of tuna under my pillow last night. Who needs the second amendment.

I’m done with Antifa. I bought 700 stay fresh pouches of Starkist tuna and now I find out we are using Bumblebee tuna cans?????? I can’t keep up.

1/7 Trump supporters are running around with semi-automatic weapons and the DoJ turns a blind eye.

Meanwhile, Trump warns of a mythical crime spree of #BumbleBeeTuna flingers, to go with the Cambell’s soup brigade.

The use of tuna technology as a weapon by the Resistance started in 17th century by Antifa soldiers by way of primitive tuna guns. It is also said Antifa Submarine tuna technology gradually advanced during the 19th and 20th centuries. Early submarines were mounted with Bumblebee

I’ve located the an Antifa weapons cache at my local Kroger. So much Bumble Bee. There are rumors of soup cans also stashed at this location. Please send in DHS. pic.twitter.com/rLStI5cU4N

And finally, it’s easy to laugh at this, and that’s good. We need to be reminded periodically that the man pretending to be President isn’t just a racist, cruel, fascist criminal, he’s also a rambling fool. We can mock his idiocy and fight his evil, it’s fine.

And either way, we’re ready for the election to be very fishy.