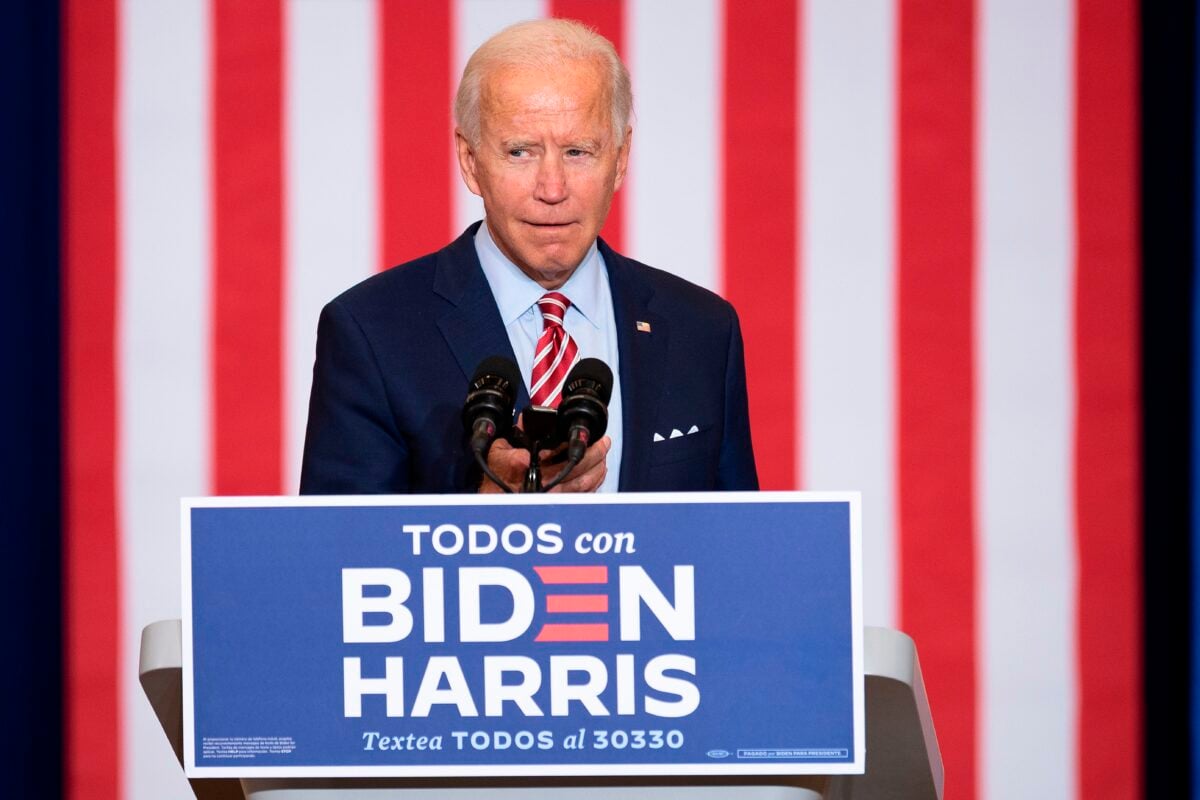 The speed at which Trump supporters manipulate and misuse media is frightening, but it’s luckily only matched by the swiftness of the world calling them out for it. The latest example: Trump sharing a doctored video of Biden playing “Despacito” off his phone to make it seem like he was playing NWA’s “F*** the Police.”

Biden played “Despacito” at an event for Latinx voters honoring the kick-off of Hispanic heritage month in Kissimmee, FL. He was introducing the song’s singer, Luis Fonsi. Here’s the original video.

After being introduced by Luis Fonsi, Joe Biden pulled out his phone and started playing Despacito ahead of his remarks kicking off Hispanic Heritage Month in Kissimmee, FL. pic.twitter.com/7R6hUZgLW1

Almost immediately, the video was edited to replace the audio with NWA’s “F*** the Police.” It’s very clearly not the same quality of audio … but of course, our liar president immediately shared the manipulated media (which Twitter put a warning on).

What is this all about? https://t.co/AAmBGgHhyR

I would say “I doubt Donald Trump is stupid enough to think this was real,” but … who knows. He’s either a fool or a liar or both. But it seems more likely that he’s being knowingly misleading, as usual. Given that he tweeted the video … again.

And he’s adding some subtle racism and China blame in there too.

China is drooling. They can’t believe this! https://t.co/AAmBGgHhyR

But that’s what Donald Trump does. He lies and lies and lies. It’s not the first time that he’s shared fake media or doctored videos. His campaign has used stock photos of other countries to stoke fear of violence in the US.

Here’s a brilliant thread outlining how the Trump campaign uses stock footage and manipulated media in their campaign ads:

Here is the last commercial I’ve seen in Florida — touting the “Great American Comeback.” Watch it on mute. And then I’ll show you how they made it. pic.twitter.com/JBIfyhsYww

This one irritates me to no end, because somewhere some Trump staffer or TV firm typed in “teacher and pre-school child during COVID wearing masks.”

And they are still working for Trump. pic.twitter.com/DV9nzbZkZT

It’s not surprising that Trump likes to try and weaponize fake videos about his opponent in an attempt to embarrass him, given how he embarrasses himself every time he opens his mouth. But we’re still living in a world where the president of the United States is sharing doctored video and reveling in helping to spread misinformation. He’s also trying to ramp up the fear-mongering that he thinks will drive Americans to vote for him. Trump’s own record is a catastrophe, and he’s clinging to the fiction that Biden will usher in chaos because Trump has no legs left to stand on, and the very real chaos around him is of his own making.

The fact remains, however, that there’s pretty much nothing he could do to manipulate Joe Biden to look half as terrible in a fake world as Trump looks every day in the real one.