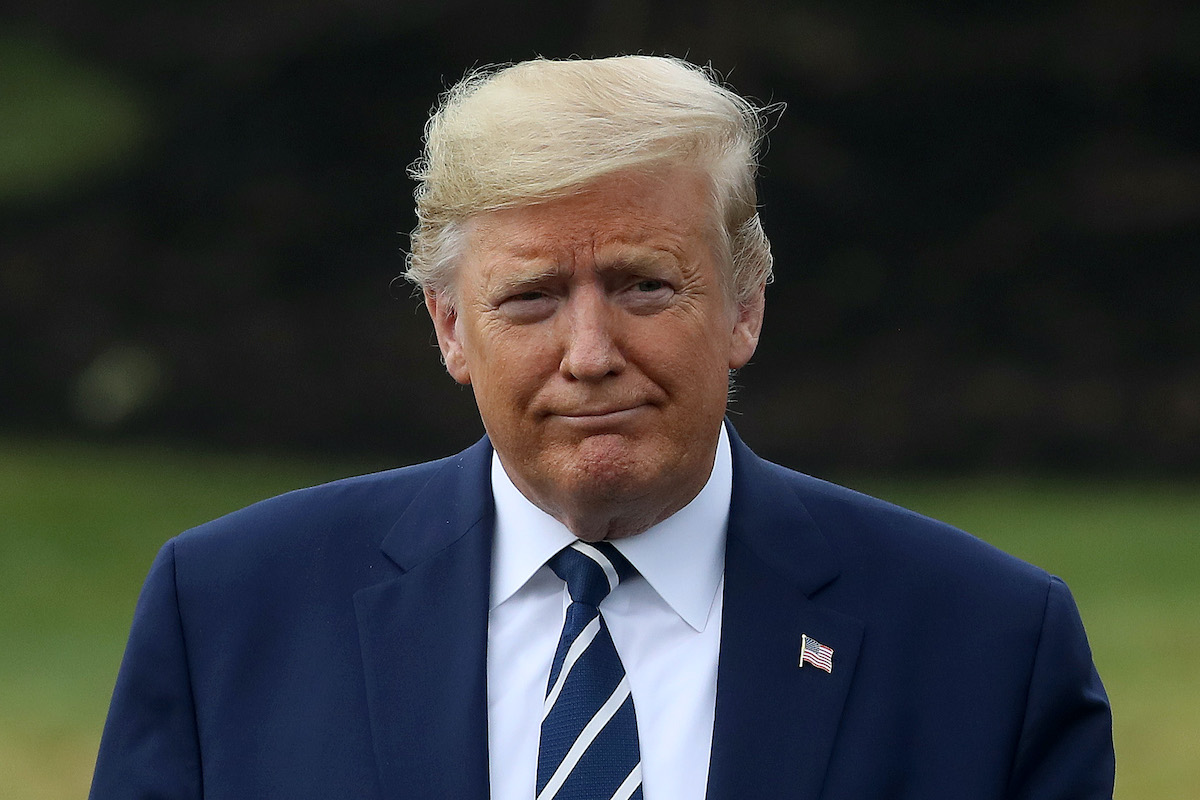 Over the weekend, Donald Trump shared a video from Joe Biden’s campaign rally in St. Louis, Missouri. The video, which Trump retweeted from his social media director Dan Scavino, appeared to show Biden accidentally endorsing Trump after stumbling over his speech.

“We cannot win this reelection. Excuse me, we can only reelect Donald Trump,” Biden says in the clip. Trump retweeted the video with the caption, “I agree with Joe!”

That clip leaves out the second part of Biden’s sentence, which was addressing “negative attacks” in the Democratic race. Here’s the full context: “Excuse me. We can only reelect Donald Trump if in fact we get engaged in this circular firing squad here. It’s got to be a positive campaign.”

About 18 hours after Scavino posted the video (and after Trump had retweeted it), Twitter flagged the tweet as “manipulated media,” a new label being used by the platform to fight false and misleading political information. 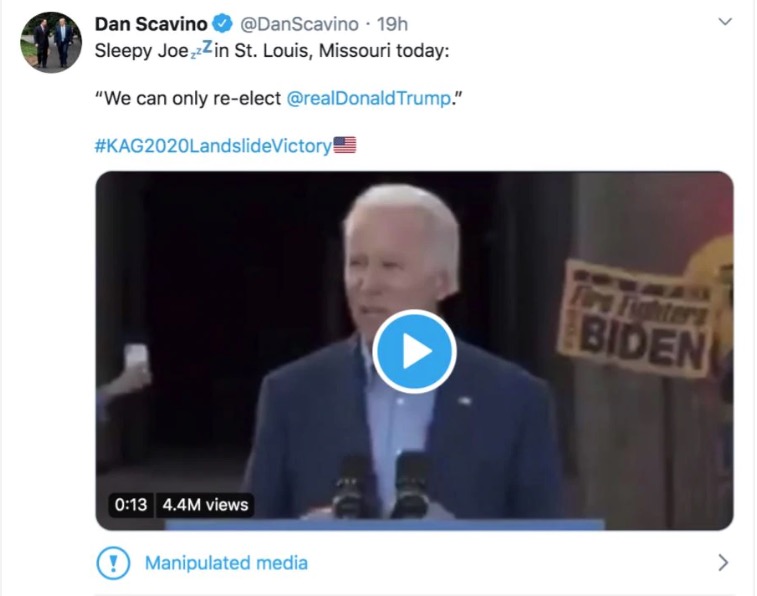 There have been some inconsistencies with the visibility of that “manipulated media” label. It appears not to show up for those searching for the tweet or viewing it through Scavino or Trump’s profiles, but Twitter spokeswoman Katie Rosborough told the Washington Post it was appearing in people’s timelines and that they’re working on a fix.

“Fact-checkers rated this video as partly false, so we are reducing its distribution and showing warning labels with more context for people who see it, try to share it, or already have,” Facebook spokeswoman Brittany Uter said in a statement. “As we announced last year, the same applies if a politician shares the video, if it was otherwise fact-checked when shared by others on Facebook.”

We all know how conservatives love to speculate about “shadow banning,” so I’m sure they’ll be totally cool and not at all paranoid about that reduced distribution.

Scavino responded to the label by denying the video is manipulated.

The video was NOT manipulated. https://t.co/p9QrNPYOvf

This is nowhere near the first time Trump or one of his surrogates has tweeted out a manipulated video. Last year, Rudy Giuliani shared a video of Nancy Pelosi which had been slowed down to make her appear drunk or otherwise impaired. “What is wrong with Nancy Pelosi?” Giuliani tweeted (and then deleted).

Before that, Sarah Huckabee Sanders shared an InfoWars video of CNN’s Jim Acosta that had been sped up to make him appear violent. Kellyanne Conway defended the video, saying it wasn’t “altered,” just “sped up.”

Of course, speeding up a video, like slowing it down or cutting it off mid-sentence in order to alter the meaning are all forms of alteration and manipulation.

Not that Trump cares about being labeled fake news. He retweeted the video twice more after it had been flagged–once again from Scavino and once from professional rightwing troll Charlie Kirk.