I have a dream that someday folks will stop doing this. 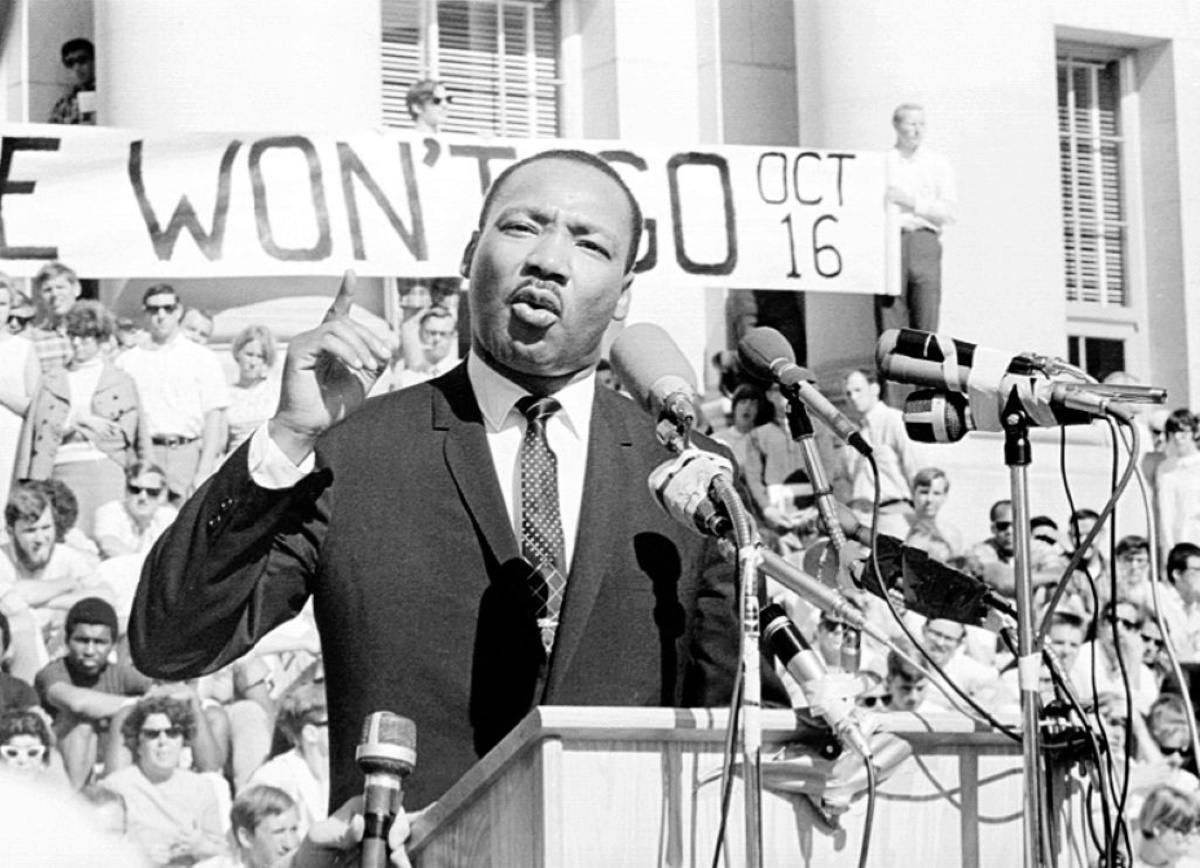 Hearing the phrase “I have a dream” should not be something that makes my soul feel tired, but when I hear it now I can’t stop myself from rolling my eyes toward the heavens. What should’ve been a phrase to inspire us has been weaponized as a way to gaslight Black folks about our legitimate feelings regarding how we’re treated in, well, every corner of the world.

Despite what some will tell you about “moving somewhere else” when you discuss racism in this country, racism is a global phenomenon.

With the increased necessity of reminding society that Black Lives Matter all day every day, Martin Luther King Jr. has been sanitized into a figure that’s used to tone police us. Arguably, that’s been the case for a long while, but now we have social media at our disposal, which means he’s gonna be trending with I Have A Dream captions made by “well-intentioned” allies.

“If you’d be peaceful like him then there’d be more progress,” is what I hear when I see it quoted now, knowing damn well that’s entirely false. All you have to do is ask Colin Kaepernick, or if you want a more recent example, ask any of the teargassed George Floyd/Breonna Taylor/Ahmaud Arbery protestors versus the folks who waltzed into the Capitol like it was a Wendy’s.

Speaking of the storming of the Capitol … this MLK Day will be especially egregious this year because of it. Now more than ever folks will be championing for “peace” despite Trump supporters doing jack and shit to prove that they’re worth any sort of compassion or that they’re sorry about anything. Hell, Republicans started before MLK Day with their calls for unity now that we’re in the endgame of Trump’s time in office. Today, they’ll have a sanitized version of a prominent Black figure to add to that narrative.

Which begs the question … who is this version of the iconic Civil Rights activist actually benefitting?

The tone policing of the Black community

It never got more nuanced than that.

(Full disclosure: I was labeled as the MLK type, lol)

So imagine my mindblown surprise when I got wind of the MLK quotes that aren’t from his I Have A Dream speech? Take this snippet from When Peace Becomes Obnoxious.

I had a long talk with a man the other day about this bus situation. He discussed the peace being destroyed in the community, the destroying of good race relations. I agree that it is more tension now. But peace is not merely the absence of this tension, but the presence of justice. And even if we didn’t have this tension, we still wouldn’t have positive peace. Yes, it is true that if the Negro accepts his place, accepts exploitation and injustice, there will be peace. But it would be a peace boiled down to stagnant complacency, deadening passivity, and if peace means this, I don’t want peace.

Or this one from The Other America.

But it is not enough for me to stand before you tonight and condemn riots. It would be morally irresponsible for me to do that without, at the same time, condemning the contingent, intolerable conditions that exist in our society. These conditions are the things that cause individuals to feel that they have no other alternative than to engage in violent rebellions to get attention. And I must say tonight that a riot is the language of the unheard. And what is it America has failed to hear? It has failed to hear that the plight of the negro poor has worsened over the last twelve or fifteen years. It has failed to hear that the promises of freedom and justice have not been met. And it has failed to hear that large segments of white society are more concerned about tranquility and the status quo than about justice and humanity.

Or even the START of the frickin’ I Have A Dream speech.

Five score years ago, a great American, in whose symbolic shadow we stand today, signed the Emancipation Proclamation. This momentous decree came as a great beacon light of hope to millions of Negro slaves who had been seared in the flames of withering injustice. It came as a joyous daybreak to end the long night of their captivity.

A lot of people like to cut to the end of the speech without acknowledging any other part of it, which points out how we’re still being mistreated because of our race, which is why he is DREAMING of a time when that’s not the case anymore.

And. Like. We had an attempted coup to start 2021. From a group who strongly believed in our president’s misinformation about election fraud. A group that consisted of off-duty cops. So. Um. I don’t think we’re at that dream yet.

By insisting that we rely on this selective image of King, you’re not only missing the entire point of that speech (and many others), but you’re tone policing the very audience that he’s trying to achieve this dream for. It’s frustrating as hell to be made to feel like we could end racism if we (the victims of it) would go about it a certain way.

Telling me to not be angry about something that’s been a part of my life, my mother’s life, and my grandmother’s life is a level of privilege I can’t even begin to comprehend. I’m supposed to do that while watching that dude in the fur and horns who stormed the Capitol NOT be met with hostility despite his act of terrorism, knowing that if he were Black he’d be detained immediately or dead on the pavement, his corpse circulating social media?

I’m supposed to accept the Zimmermans? The Dylann Roofs?

How white folks relying on this image immediately tell on themselves

So Martin Luther King Jr. keeps getting placed on the social justice field like some kind of trap card, but his being used as some kind of “keep the peace” icon isn’t actually doing what white folks seem to think it’s doing.

Let me do a bit of revisionist history of my own. Let’s say this “let’s all come together without any critical thinking behind it” depiction was the actual factual version of King. Hell, I’ll go one further, let’s say I did accept it.

What kind of message does it send to the Black community when you tell us that if we’re peaceful, we’ll make progress, but the Magical Negro you’ve conjured up by using the CliffsNotes versions of MLK was assassinated?

I mean, it’s not like he died of old age.

I dunno, if peace is the answer, yet that notion still led to cold-blooded murder… I think that me quietly asking to not become a hashtag because I was killed in my sleep, or in my car with my partner as a witness, or in church, or while in a park because I’m a child playing pretend with a toy gun, or by an officer choking me until I can’t breathe, or hanging in a jail cell, or the numerous other ways we’ve trended over the years? Wouldn’t do a damn thing.

And no amount of camera footage has proven otherwise.

But that’s just unjust killings, don’t get me started on having the cops called for when we, gasp, have a BBQ, or because a neighbor thinks we’re breaking into our own house, or because a woman walking her dog is in her feelings, or every way we’ve parodied because dark humor about existing as a Black person is the only coping mechanism we have.

At this point when white folks share “Positive Vibes MLK” all over social media, it tells me that they’re unwilling to accept the fact that this is a mess that their people created because their people have always been about oppression. Constantly shifting responsibility on us to make positive changes is an attempt to absolve them of that hard truth. Even worse, they’re spreading that message through a misconstrued image of someone who was killed for trying to make the changes they expect us to make.

And I get it. It’s not fun to admit that those folks with the zip ties from a short time ago did all of that because they wanted to. This need to understand why this destructive group of people acts the way they do is an attempt to find a reason other than “because they don’t want peace” which leads to that “this isn’t America” narrative that makes it sound like there was once a fantastical time where Black people were treated equally. Admitting that white supremacy exists because the perpetrators of it like it means having to hold whiteness accountable for a whole lot of shit.

If only things could be peaceful, you know, the way that historical Black-figure wanted?

It’s a nice dream, but it’s still just a dream, and it will continue to be a dream if white folks keep living in denial with this image they themselves created after killing the real thing.

So really, who does this sanitized version of MLK benefit if it harms the Black community AND depicts the white community so poorly?

No one. It benefits no one.