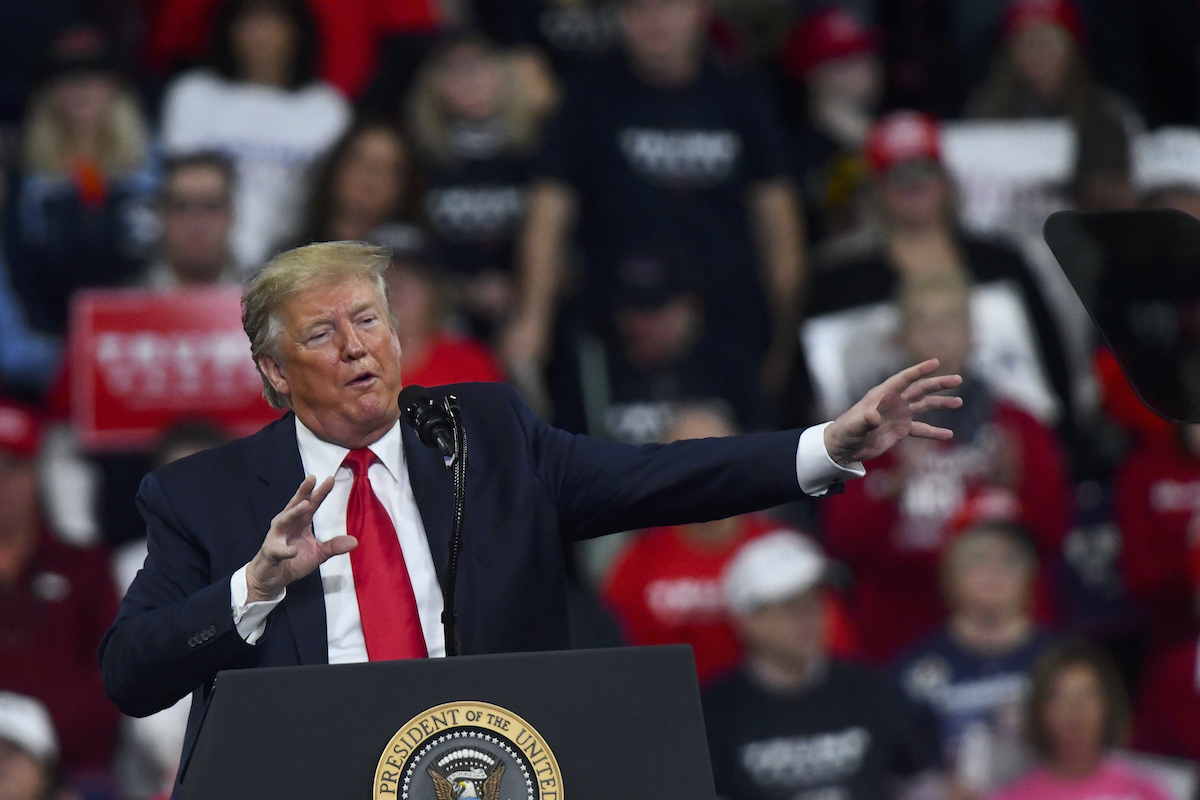 Donald Trump just made a court-ordered payment of $2 million after using his own charity as his personal ATM and it really seems like this should have been a bigger story.

It was around this time last year that the Donald J. Trump Foundation was ordered to shut down amid ongoing lawsuits and ethics investigations. There were quite a few complaints lobbied against the foundation, including using charity funds to settle lawsuits and pay legal fees. Trump also used the campaign to fund various political campaigns, including his own—something that is very much not allowed. He also famously used the fund to purchase a portrait of himself (more than once, actually), which he then bragged about online.

Just found out that at a charity auction of celebrity portraits in E. Hampton, my portrait by artist William Quigley topped list at $60K

All of this is what the suit called “a shocking pattern of illegality.”

Trump admitted to misusing the foundation’s funds and was ordered by a judge to pay $2 million in damages to various charities.

Also as part of the settlement, Trump’s adult children—Donald Trump, Jr., Ivanka Trump and Eric Trump, all of whom were on the board of the foundation though reportedly never met to discuss its happenings—will have to go through training to make sure they don’t make similar missteps in the future, as if this were just a big oopsie from a family that didn’t know any better.

This story was reported on by major outlets but it doesn’t seem to have made a dent in the public consciousness. You’d think a story about $2 million worth of admitted presidential crimes would break through the noise but there is a lot of noise right now with the ongoing impeachment inquiry and looming trial.

This isn’t the only big story to fail to get the public attention it deserves in recent days and weeks.

The Trump administration is expanding its stringent anti-immigration policies.

A recent report detailed how multiple presidential administrations deliberately misled the public regarding the reality behind the decades-long war in Afghanistan. It has gotten little attention from the media, lawmakers, or the public.

Also, the president’s eldest son shot and killed a rare, endangered sheep in Mongolia and got a special permit to do so after the fact.

No one can blame themselves for not being able to pay equal attention to every big story, especially not when there seems to be a new one every hour of every day—each of which should be the story of the month or the year under normal circumstances. But nothing about our circumstances are normal. They’re just exhausting, in every way and all of the time.

(via Intelligencer, image: Mark Makela/Getty Images)
Want more stories like this? Become a subscriber and support the site!