HBO Renews True Blood For Season 7, We Hope For A Game Of Thrones Crossover 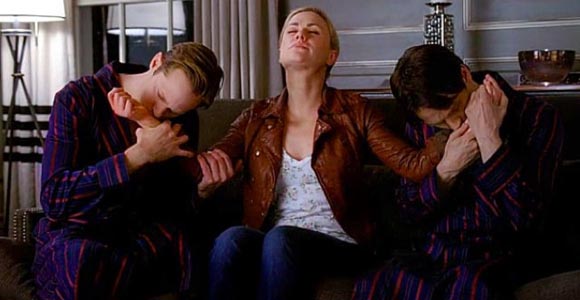 Nothing major. Perhaps one of Daenerys’ dragons coming through a rip in reality for a split second and killing Season 7’s big bad?

Next year, expect your hot, summer pick-up of True Blood. HBO has officially renewed the show for Season 7. Executive producer Brian Buckner will be continuing on as showrunner after Alan Ball’s planned exit.

“True Blood remains a signature show for HBO, and a true phenomenon with our viewers,” said HBO programming president Michael Lombardo. “Thanks to Brian Buckner and his talented team, the show continues to be a thrill ride like nothing else on TV.”

Unlike some other shows, Game of Thrones specifically, I don’t believe anyone has ever really discussed an endgame for the vampire series. While there’s a lot more of Charlaine Harris’ novels to pull from, True Blood has also diverged down its own path quite a bit.  But sometimes it feels like it will never end.

What do you think of the renewal news? I’ve been recapping the show this season and while it hasn’t lost its fun, it’s certainly lost something in my opinion.