Trolling in the Deep: How Internet Trolls Can’t Even Harass Men Without Dragging Women Into It 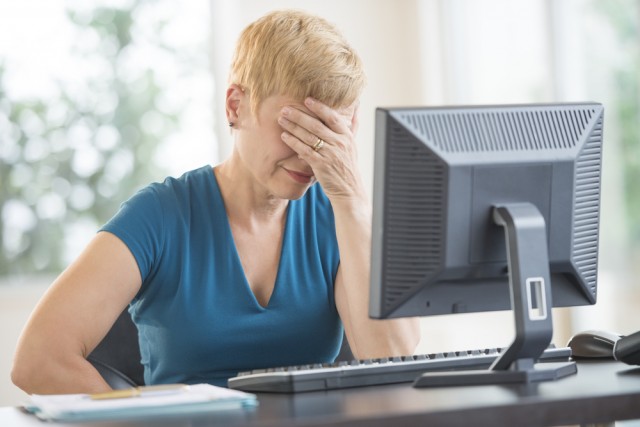 I should begin by noting it was definitely a mistake to tweet at Anthony Cumia in the first place.

Anthony Cumia, for those fortunate enough not to know, is a talk-radio shock jock (a somewhat obsolete term, as the last time anyone bearing that label “shocked” anyone, they responded by turning him off and listening to a cassette tape) who spent several years as the host of the Opie & Anthony Show before he was fired in the summer of 2014 for going on a racist Twitter rant after a black woman hit him for taking pictures of her on the street without her permission. Since then, this fine gentleman has started a podcast, as one does; if you have any experience with angry, aging white men, you can guess that the circumstances of his dismissal only made his fans admire him more.

Cumia had his second consecutive banner year when, last December, he was arrested for assaulting his 26-year-old girlfriend, Danielle Brand, which is where I come in. Last week, I was messing around on Twitter when I noticed an account I follow catching hell for disparaging Cumia. I responded to the account I followed, not realizing that Cumia himself was also tagged. A few minutes later, the man himself responded to me directly: “You sure you want to trash me with THAT profile pic?” In a spectacularly ill-advised move, I responded “I’m not a domestic abuser, so yep.” My Twitter avatar at the time was this picture of me and my wife, Raychel, a beautiful, fierce woman I’m proud to be seen with. 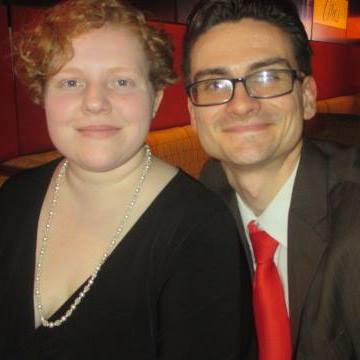 But I’ve since removed that picture because, at Cumia’s signal to noise, she became the primary target of his fans for the next day and a half. Oh, sure, they went in on me, too, to some extent; I was told I looked like Milhouse (which is fair), that self-identifying as a feminist meant I was gay and (in an argument anyone who’s tried to engage a Bill Cosby defender will recognize), and that by making up my mind about Cumia’s guilt, I, a private citizen, had somehow violated his right to due process.

The worst of it, though, was directed at Raychel, who was called all the things you would expect a publicly-visible fat woman to be called, as well as hit with transphobia, numerous misogynistic slurs, and bizarrely, told she had the “hairline of Lebron James.” (I don’t know what this means, either.) Some of it, we laughed off (Raychel was flattered to be compared to Miss Piggy who is, after all, “an independent woman who beats up fuckboys,”) but some of it was too much to laugh about. I blocked almost everyone who harassed me at Cumia’s behest but reported one, for a tweet reading “whos [sic] the fat cunt that needs a hot curling iron rammed up her stink chamber?” A few days later, Twitter emailed me to inform me the tweet didn’t violate their terms of service.

It’s not hard at all to find a story from a woman who’s been harassed on social media; I’d bet money any woman reading this has one, so really, I have no right to be surprised at this kind of hatred coming from the dregs of the Internet. What really struck me was how much of it was directed at a woman who had nothing to do with any of this, with whom none of them were even directly communicating, simply for being a woman with a connection to me. Even the most hateful posts directed at me, specifically, were trying to make a point, however clumsily, be it “ANTHONY GOOD MAN” or “FEMINISM STUPID.” Raychel, meanwhile, was entitled to nothing more than “you’re fat,” “you’re ugly,” “you’re transgender,” etc.

All this happened to me shortly before another Twitter-harassment-related tempest in a teapot. Last week, Twitter “de-verified” Breitbart columnist Milo Yiannopoulos, a major booster of the loathsome “Gamergate” non-troversy who has a cult of personality on Twitter something like the relationship between Hannibal Lecter and Francis Dolarhyde. For those of you smart enough to not be on Twitter, what this means is the blue checkmark next to his username—the social platform’s certification that the user is “the” person in question—was removed for unspecified terms of service violations. Twitter doesn’t comment on its rationale for disciplinary action, but general consensus is that Yiannopoulos was penalized for incurring numerous reports of targeted harassment from the many, many women he’s set his sights and followers on. Since every messiah needs to be martyred, his followers (and he himself) have taken this as proof of some insidious crackdown on “freedom of speech” by Twitter.

The usual troll suspects’ emphasis on women in particular is not a new phenomenon; when Gamergate reached its peak in 2014, actress Felicia Day had her personal information published simply for expressing a sense of unease with them, while former Minnesota Vikings punter Chris Kluwe noted his far more vocal attacks on them attracted no such venom. It’s going to continue as long as platforms like Twitter issue slaps on the wrist, or no penalty at all, for such behavior, because Yiannopoulos is right: when all that happens to people like him is a punishment so insignificant it takes a full paragraph to explain why it’s punishment, Twitter is sending a message about whose side they’re on. It’s just not the side he thinks, and the result is a bunch of angry, violent misogynists who only need to be pointed to a picture of a woman before they know exactly what they’re being told to do.

Zack Budryk is an editor and journalist who is happiest writing about the intersection of gender issues, popular culture, and snark, which is more common than you would think. He lives in Alexandria with two badly-behaved cats, a fairly chill betta fish and his wife Raychel, a feminist, environmental activist and general force to be reckoned with. He recently completed his first novel, Judith, and is trying desperately to get it published. He blogs at autistic-bobsaginowski.tumblr.com and tweets as ZackBudryk, appropriately enough.