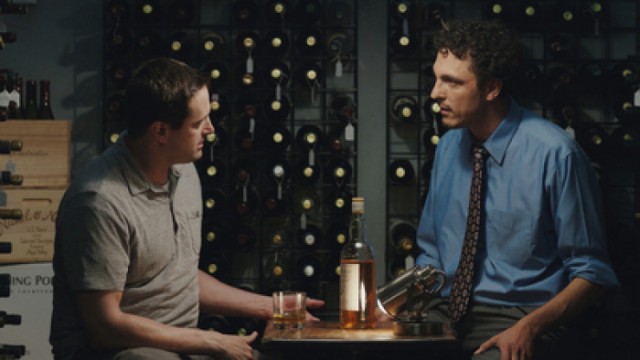 In the wake of the mortgage crisis and recession, a former Wall Street banker (play/screenwriter Wally Marzano-Lesnevich, in his feature debut) is forced to return to his hometown and start over. Part of this also means confronting his own mistakes in his previous career, as he observes his sister struggling to raise a family, his brother deal with a bad mortgage, and parents barely afford their well-earned retirement. Alongside Marzano-Lesnevich, the film stars Adrian Marinez, Adam LeFevre, Abigail Hawk, and Michael Sorvino.

When it came time to find a director, Sorvino, who co-produced with Marzano-Lesnevich, thought of childhood friend Domenica Cameron-Scorsese. The actress-turned-director makes her feature film debut, receiving a world premiere tonight at the Tribeca Film Festival. We spoke about making an intimate family drama that still looks cinematic, humanizing the world of finance, and her experiences juggling a life as a working mom.

Lesley Coffin (TMS): After seeing those pictures (Domenica brought in several adorable pictures of her daughter dressed as a Supergirl), how old was she when you left to direct this movie?

Domenica Cameron-Scorsese: It was just before she turned 3 when we were in pre-production. And we were supposed to start filming 2 days after her birthday, she’s a Fourth of July baby. But then we had the locations shuffle, so I got to be with her on her birthday and celebrate with her. But I knew that I’d be on kind of on a ride because the shooting schedule happened to be kind of wild. So my husband played single dad for a while, and our aunts and uncles picked up some slack. We are a big “it raised a village” family.

TMS: How long was the shoot?

Cameron-Scorsese: We were originally scheduled for 18 days to film 129 difference scenes. So we were defined as a SAG ultra-low-budget film. I won’t give you the specific budget, but that gives you the context of what we had to work with. And because of the amazing generosity of the community we were filming in, we got 21 different locations, 18 of which ultimately made it into the film. And we had 20 speaking roles, which on that budget is rare. It would have been more likely that we get 2 to 3 locations and 10 or 12 actors with speaking roles. So this movie ended up having much more scope and being much more ambitious than we originally anticipated.

TMS: If the film had been made around the time it’s set, the movie likely wouldn’t have fallen under the definition of ultra low-budget and struggled with such tight financial restrictions.

Cameron-Scorsese: Right, the indie world has changed so much just in that time frame. Depending on the casting, we probably would have aimed to make the movie closer to the 2.5 to 5 million dollar range back then, which happened to be far more common before the recession. It’s very funny what is possible now, and a lot of that had to do with the camera we used. We had much more freedom to light as we moved than when directors first started filming with HD cameras. 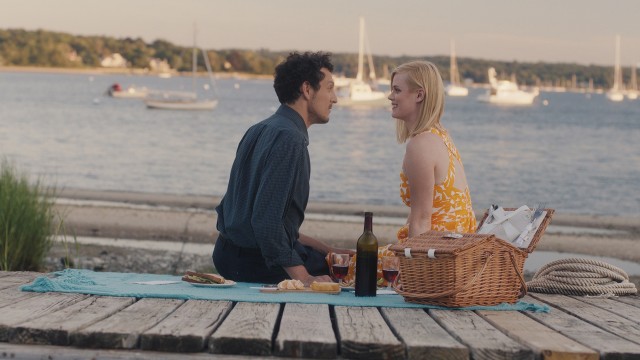 TMS: The movie has a nice vibrancy and brightness to it, and seems to avoid the more digital noise we are used to in other films made on a similar scale. Were you attempting to make it look a little less digital?

Cameron-Scorsese: I grew up on film and love film. I like the feeling and lushness that film has. So I was so happy to shoot on the Alexa which can provide a similar look. I’m not enough of a techie to go into detail. But I will say, I shot my short on a Panasonic HD200, using all available light. And did the color correct on editing software, so we could adjust some things in post. But that movie had a sharper, almost chartreuse look to it which looked more like the movies I think you’re talking about. Not exactly pixelation but the sense that the camera doesn’t feel as much like the human eye. It creates the weight of importance for the objects, but it still feels like you are watching something through a camera lens, as apposed to your eyes. And we wanted that human touch with this film.

TMS: I think that is a great description of why sometimes digital looking movies can have a different effect on the audience’s interpretation of what they’re seeing, almost feel cold or dirty.

Cameron-Scorsese: And it can be great, depending on your context, and embracing what those two cinematic looks mean to an audience taking everything in. But what I wanted with this film was different and I had to kind of embrace what I had available. We had an amazing camera and limited time, but an incredible amount of natural light and were filming in real, specific locations. We were filming in a kitchen that couldn’t fit more than 5 people, so the scenes had to be staged to allow for that. We loved filming on location and outside in a community that embraced us. So with the exception of one day on a sound stage, we filmed on the real locations and spent less time prepping the set. And we used the camera’s strengths and weaknesses to our advantage. Not to mention filming with a 5-year-old, making her film debut, and never knowing what would come out of her mouth. There were so many variabilities I’m just so grateful the movie came out the way it did. I used to joke that movies have their own angels, but really, I just mean that movies require you not only to problem solve but embrace collective problem solving and work with what you have.

TMS: Did you have any favorite scenes?

Cameron-Scorsese: There is a scene with their father that I thought were vital but I had to fight to include it because it is very brief and almost silent. The scene after he leaves the bank. And it was important we spend a few moments alone with him, for the information to settle in the character’s mind and in the audience’s mind, so we would align with where he is in his life. It needed to be clear that the journey, small as it might seem, was not easy for this kind of man. And we ended up losing the location we wanted for that scene after he’s left the bank, and had to just use the wall of the place that we were holding our stuff. And I just shot it really close up, and thank God for Adam, who is such a lovely and amazing actor. Because that moment is all about what is going on in his eyes. So that was a gift to find ways to work around the limitations we had.

TMS: What drew you to the script?

Cameron-Scorsese: On March 16th, I got a call from my friend Michael asking me to direct the movie he’s production. And I said “send me the script and we’ll see.” That simple. What I connected to was the ensemble, family nature of the story and sense that there was a heart at the center of the whole story. And going back to the look of the film’s look, and not making it look as hard as a lot of other indie films, a lot of films about the recession have stressed how hard and painful it is, but we also need to remember the resilience and strength people showed on the face of it. Yes, we need to focus on the struggles and sacrifices people had to make. But we also needed to focus on the way people were getting by and moving forward. And in terms of the brotherhood aspect, the draft of the script I got, Michael and Wally’s relationship had an intimacy that I thought would be really interesting to explore. The intimate, loving kind of friendship the brothers have. Because I liked the idea of exploring the different types of love throughout the story…family love, friendship, romance. Even the failed romance of divorce is a kind of love. So I wanted to stress, with the production design and look of the film that even if people were going through a hard time, the family’s house would feel lived in and loved on.

TMS: Have you ever thought about what you were able to bring to this kind of story?

Cameron-Scorsese: I totally connected to the family first and foremost. But in the course of pre-production, we made sure that all the characters had a 360-degree quality. I was honestly concerned about having female characters that might seem like “the madonna,” “the whore,” “the crone,” “the martyr.” I wanted to make sure that when we were dealing with people’s frailties, regardless of their gender, we were seeing them in a balanced and contextual light. I do think that considering my previous work on shorts it was interesting to balance out the group as the protagonist and a character going on a personal journey. Because I’ve had a short about a woman who experiences self-discovery, that was the first short I had at Tribeca. And I had another short about a family dealing with the loss of their mother. So this film felt strangely logical, and it was exciting to dive into the world that isn’t black or white. The really juicy stuff is in the mess when people try to be the very best they can be.

TMS: Since the financial crisis we’ve been very quick to turn those who worked on Wall Street into the villains. So it’s very interesting to have a film in which the protagonist is from Wall Street. Did you look at how people involved in the recession had been portrayed on screen before and how you could add a bit more nuance and humanity to those types?

Cameron-Scorsese: I did, and noticed that the images we were getting were almost circus-like. And I’m lucky that I didn’t have to explain how the crisis happened because another filmmaker already did that brilliantly. But what I wanted to do was really think about where we are culturally when it comes to how we talk about money. We can rattle off numbers and statistics, but to put it in human terms is much harder, and I took that challenge seriously. Because I think it is important if we want to see real change to look at the human side. So it was more interesting to start with someone who had been drawn into the life. And you have to acknowledge the seductive side of that life, not just the money he wanted but the dreams he had. And we can place a value judgment on his ambitions and dreams, but eventually, you have to put things into the larger context and accept how inner-connected we all are.