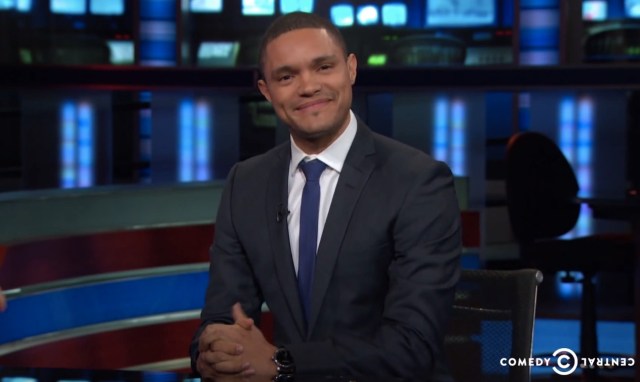 The new host of The Daily Show has been officially announced, and they’ll be bringing more diversity to the late-night talk show crowd. It was rumored on Friday that Trevor Noah would be taking Jon Stewart’s place when he vacates it later in 2015 after over 15 years on the show, and it’s now been officially confirmed.

Noah is a relatively new correspondent on The Daily Show with only three appearances under his belt, but the South African comedian has plenty of experience hosting his own late-night talk show, radio shows, and the South African Music Awards in his home country. To his new hosting duties, he’ll bring all that experience plus his comedy skills, unique outsider perspective on US politics, and dreamy accent.

Just listen to it in this clip of his first appearance on the show:

American comedians, you did not stand a chance.

“You don’t believe it for the first few hours,” Noah told the New York Times. “You need a stiff drink, and then unfortunately you’re in a place where you can’t really get alcohol.”

Jon Stewart expressed his own excitement in a statement, “I’m thrilled for the show and for Trevor. He’s a tremendous comic and talent that we’ve loved working with,” adding that he might “rejoin as a correspondent just to be a part of it!!!” And then probably said something about how he’ll be too busy being president.