What Does Benedict Cumberbatch’s Star Trek Into Darkness Character Have To Do With Starfleet Academy? 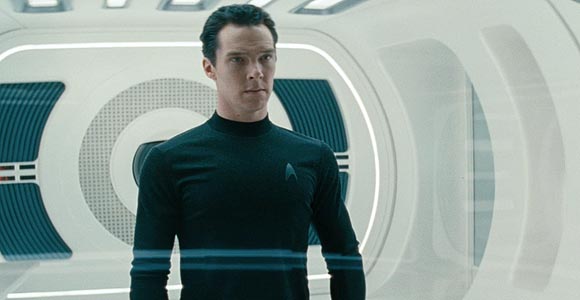 We’re still mostly in the dark about Benedict Cumberbatch’s role in Star Trek Into Darkness , and that’s how some would prefer it but a recent interview, writer Roberto Orci revealed something interesting. Or so we think.

Director J.J. Abrams has said Cumberbatch’s villain is “completely rational. He’s someone that you can have conversations with.” And although the actor himself is frustrated with the secrecy surrounding the role, Damon Lindelof said it’s important. “The audience needs to have the same experience that the crew is having. Kirk, you’re Spock, you’re McCoy, so if they don’t know who the bad guy is going to be in the movie, then you shouldn’t know,” said Lindelof.

That being said, Orci discussed the character of John Harrison with the official Star Trek magazine.

Well he understands Starfleet because he was enlisted in a similar way. Some might see part of the title coming from the fact that he’s kind of a dark shadow of members of our crew. He too has gone through the process to some degree, that some of our crew have gone though, and clearly for some reason it’s failed to bring him over, so I think he represents that part of our heroes.

Does that mean Harrison was a Starfleet cadet who dropped out? Or is the “enlisted” bit just a way to say he was recruited into doing something for the Federation?