Healthcare Just Got Complicated for Transgender Americans | The Mary Sue 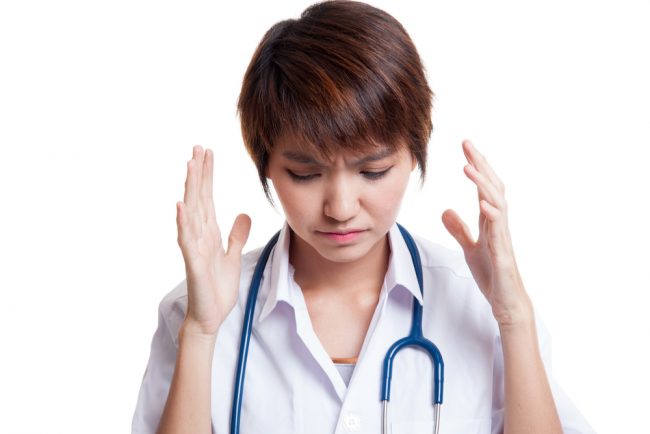 Essentially, what happened is that the Department of Justice sent back Section 1557 of the Affordable Health Care Act to be reviewed by the Department of Health and Human Services (HHS). Tom Price, the current head of HHS, has a long track record of voting against equal rights, and has previously expressed his distaste for and unhappiness about trans bathroom equality. Because of this, it’s expected that the HHS will effectively dismantle Section 1557, which protects patients from discrimination by requiring equal treatment to all patients at any healthcare facility receiving federal funding.

In other words, it prevents discrimination on the basis of “race, color, national origin, sex, age, or disability in certain health programs or activities.” Here, sex has been expanded to mean gender identity as well, and by nature of the case that enjoined that definition, it also means termination of pregnancy (abortions). Straightforward, no?

Well, apparently not so much for the religious right, as they felt that having to treat humans with dignity and respect was too much, and thus infringed upon their religious freedom. So much for having Christian values, I guess. This move is part of a long, sustained campaign against LGBTQIA equality. It comes as no surprise (but is nonetheless just as heartbreaking) to many who expected extreme rollbacks in civil rights.

For those of you who don’t fall under the aforementioned categories, you should still take note. The list of pre-existing conditions that bar you from receiving health insurance are a mile long, and because of that, whatever healthcare alternative they’re proposing isn’t going to solve a single thing. They’re working to sabotage the entire idea of government-funded healthcare and thus set back public perception of the concept.

The United States is one of the scant few remaining western nations that refuses to provide universal health care for its citizens. This “fuck you, got mine” stance on healthcare and equal rights in general is something that continues to bewilder and otherwise mystify literally anybody else who isn’t a citizen of the U.S.. We’re forced to turn to crowdfunding sites and charity campaigns in order to pay for the right to live, all while those in power are allowed to decide upon things from which are effectively exempt. They get to keep the best parts of the AHCA (such as not being bound by the pre-existing conditions clause that prevents many, many Americans from receiving healthcare) while leaving the rest for everybody else.