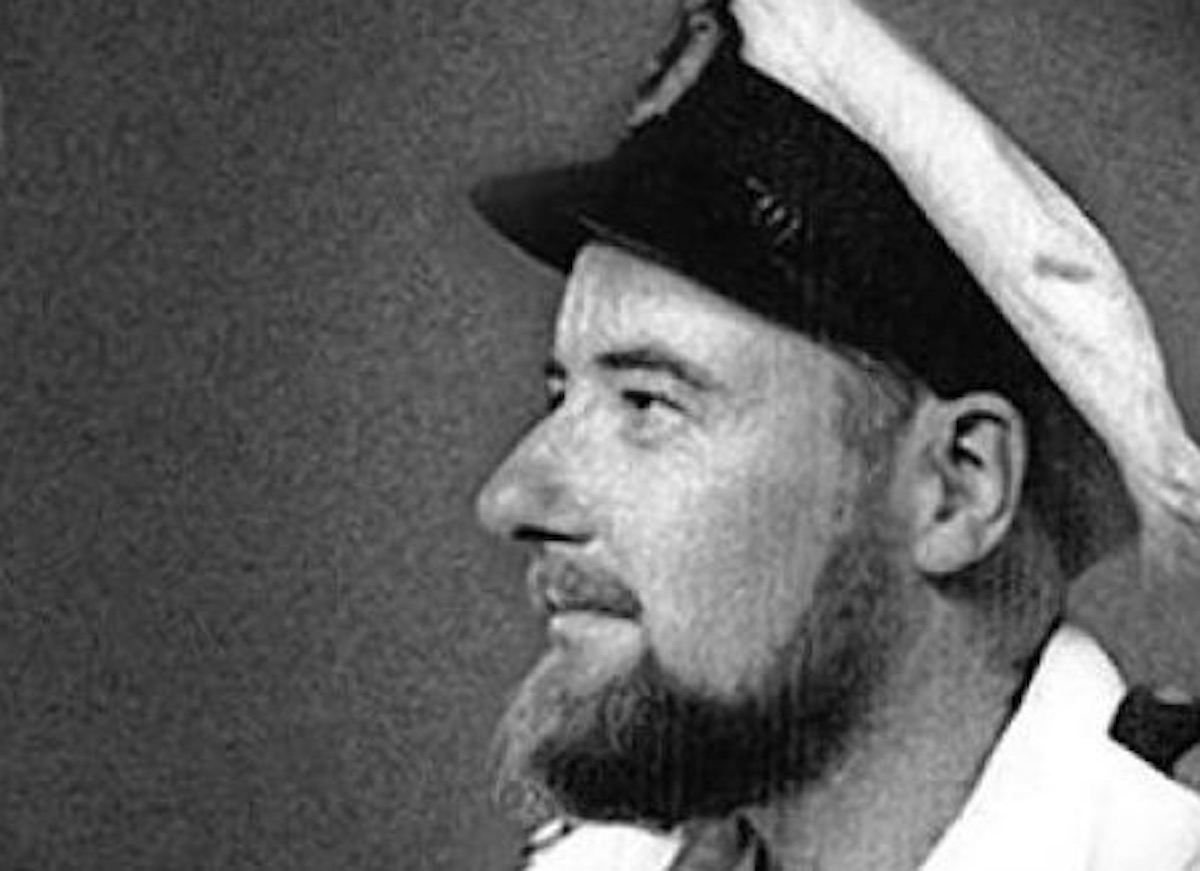 He was a boy; she was a girl. Could I make it any more obvious?

He was the second child of a baronet; a Rowing Blue at Oxford and Trinity College, Dublin; a doctor who later became a Buddhist monk—and the first documented person in the UK to undergo a medical female-to-male transition. She was a World War Two Spitfire ace, then a racing driver, and unfortunately she didn’t love the boy back because she was a lesbian, but it was a beautiful friendship while it lasted.

Sir Harold Gillies, who became world-renowned as the “father of plastic surgery” after he gave countless war-ravaged soldiers new faces in the 1920s, pioneered gender confirmation surgery on them both.

This may sound like the plot of a (frankly, fantastic) novel, but it’s entirely true. The boy and the girl in question were Michael Dillon and Roberta Cowell, but I’m willing to bet most people have never heard of either of them. The thing is, we’re not often very aware of trans people—the whole point, of course, of Transgender Awareness Week, which this is. But that doesn’t mean trans people haven’t always been here.

This year has felt pretty “We Didn’t Start The Fire” all round, but nowhere more than in the arena of Trans Issues. J.K Rowling, Abigail Shrier, we don’t want no men in here, self-ID, where to pee, gender recognition fear. But I didn’t want to start this piece by talking about people who’re desperate to make the world aware of trans people in a way that fits a false narrative, one in which trans people are a new and pressing threat. They get enough time in the spotlight. I wanted to talk about Michael Dillon instead.

Last night, Wednesday 18th November, I was thrilled to be a behind-the-scenes part of the launch event for a new series of LGBT+ lectures named in honour of Michael Dillon. The series is a flagship project which will be run in collaboration between the University of Oxford, its constituent college, St Anne’s—which was Dillon’s college—and the charity Frontline AIDS.

It’s very possible that, a year ago, most people didn’t know Dillon’s name or his story; but that, a year from now, with a lecture series like this being run as a flagship project by an institution as globally visible as Oxford, many more people will. In Transgender Awareness Week, that’s something I’d much rather be talking about than J.K. Rowling, again.

The line-up last night was impressive, to say the least. In view of the state in which we currently find the world, however, it was CN Lester’s comments that particularly struck home to me. CN Lester is a British musician and the author of trans like me, which, if you haven’t read it, you should. They spoke about our current tendency to “put the narrative of our lives first and the truth second” rather than confront truths which contradict our worldview. There’s a pandemic afoot, but I won’t get it. There’s coronavirus in the 5g signal. I WON THIS ELECTION, BY A LOT. And so on, and so forth.

The Trans Agenda narrative is another one of these, as Lester put it, “false frames.” They referred to Shrier’s Irreversible Damage—which, if you haven’t read it, please don’t because it will enrage you—in which the argument is made that trans people are a danger to women and children; an epidemic; a new and terrifying threat to the world as it always has been. Trans people, Shrier argues, are a Brand New Problem.

Michael Dillon is evidence enough that this is utter stuff and nonsense, but he’s only a drop in a well that goes down and down for centuries. Drop a stone in it and it would never reach the bottom. I’ve written before about Dillon, who, as a student at Oxford in the 1930s, was remarkably widely accepted. There’s a letter in the archives of St Anne’s College, Oxford, showing that Grace Hadow, then Principal of the Society of Home Students, as it was, helped put Dillon in touch with a doctor who could help him with hormone treatment.

While the process of changing a gender marker is today extremely challenging and lengthy, Dillon was able to reregister as male and change his name on the basis of a letter from a doctor, declaring him to be “intersex.” When he headed to the Labour Exchange to claim a new identity card as a man, the clerk declared, ‘”We have had quite a lot of these applications,” and made [Dillon] out a new card without batting an eyelid!’

So much for self-ID as a new phenomenon. In his book, Self, published in 1946, Dillon was already arguing, both as a doctor and as a trans person, that trans people had a natural position within the order of things. As his book makes clear, trans people were not new even then. Being trans was not “new” in the nineteenth century when confused teenagers were writing to sexologists like Havelock Ellis, begging him to explain them to themselves. Trans people have always been here.

The other day I was rereading an interview The Beatles gave (a bit unwillingly—they were obviously all in terrible moods) to Playboy in 1965. As usual, they’re asked some extremely bizarre questions; on this occasion the interviewer, struggling, demands their opinion on The Homosexual Problem—possibly to detract from George’s repeated insistence that he’s going to marry Ringo. Unprompted, they mention that they’ve met April Ashley, the English model outed as trans by The Sun (of course) in 1961.

The language is highly questionable; it was 1965, after all, but Paul makes the salient point that commenting in print that you have no problem with April Ashley’s transition suddenly makes it shocking, whereas, in actual fact, it shouldn’t be. This was 1965. Most people, until it is blown up into a bogeyman, simply aren’t that bothered, as YouGov polls bear out. Books like Irreversible Damage and their ilk are an attempt to create a trans bogeyman where one has never existed. They reframe the world as they’d like it to be, and demand that we be shocked by it.

In times like these, then, it’s more important than ever to take stock of reality as it truly stands: a world in which trans people are nothing new, but simply another variation of humanity. For as long as trans and queer histories are deliberately erased and forgotten, people like Shrier can continue to push their inflammatory and, frankly, false arguments.

This Transgender Awareness Week, then, let’s not engage. Let’s read about Michael Dillon instead.

If you would like to donate to Frontline AIDS and help support LGBT people’s rights, and access to HIV medication, during the pandemic, you can do so here.

You can find Dr J on Twitter at @jaylikesthings for more of this sort of stuff.