The Only Good Thing About Transformers: The Last Knight Is the Horrified Reviews 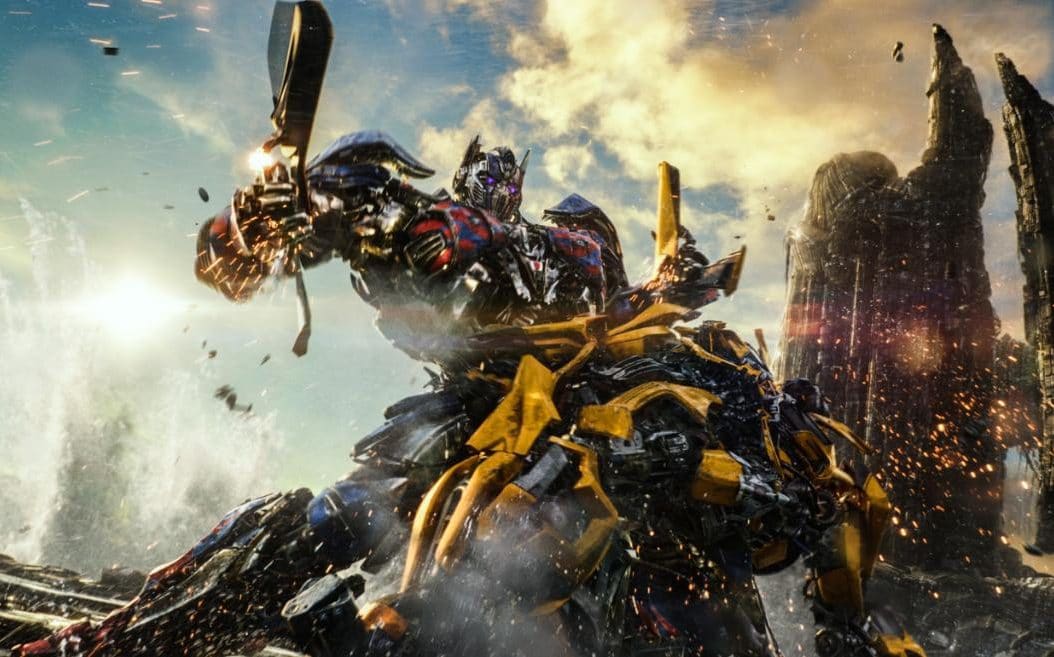 There’s a new Transformers film out from Michael Bay, connoisseur of explosions and talking cars and exploding talking cars! Apparently it is not a good movie.

You’re shocked, I know, shocked that The Last Knight is not destined to go down in the annals of classic cinema. I just googled “how many Transformers movies are there” and learned, to my horror, that there are now 5. This film is the fifth outing in the world where good and bad sentient alien vehicles battle for prominence and things blow up.

I enjoyed the first Transformers film in 2007. I saw it with a huge fan of the Transformers property and their delight was infectious, plus it had a cheeky script and somewhat coherent plotline. By the time we roll out to #5 in any series, however, coherency is going to be lost to paint-by-the-numbers cynical money grabs: it worked before so let’s do more of that, the creatives say. Who the hell keeps paying to go to these movies? Are there really that many people who love the classic Hasbro toys that they’re willing to suffer Mark Wahlberg playing a person named Cade Yeager and conversing with Chevrolets? I guess the answer to this is yes?

Transformers: The Last Knight currently has a 17% freshness rating on Rotten Tomatoes, which makes it about on par with The Mummy, which is saying something. So far this hasn’t been a great summer for blockbusters unless you are an Amazon of Themyscira. Here’s what the critics are saying as they seek to regain a sense of inner peace:

‘Transformers: The Last Knight’ is Sloppy, Stupid and Quite Possibly Evil

The long and the short of it (not that anything here is short) is that Mark Wahlberg’s Cade Yeager must team with Laura Haddock’s Viviane Wembley (an Oxford English professor who is presented in such a way that you would think she earned her Doctorate in Penthouse Letters) and a bunch of Autobots to stop an invading planet of aliens— including former good guy bot Optimus Prime— from destroying Earth. By the end of the first hour, you will be rooting for Earth’s destruction. 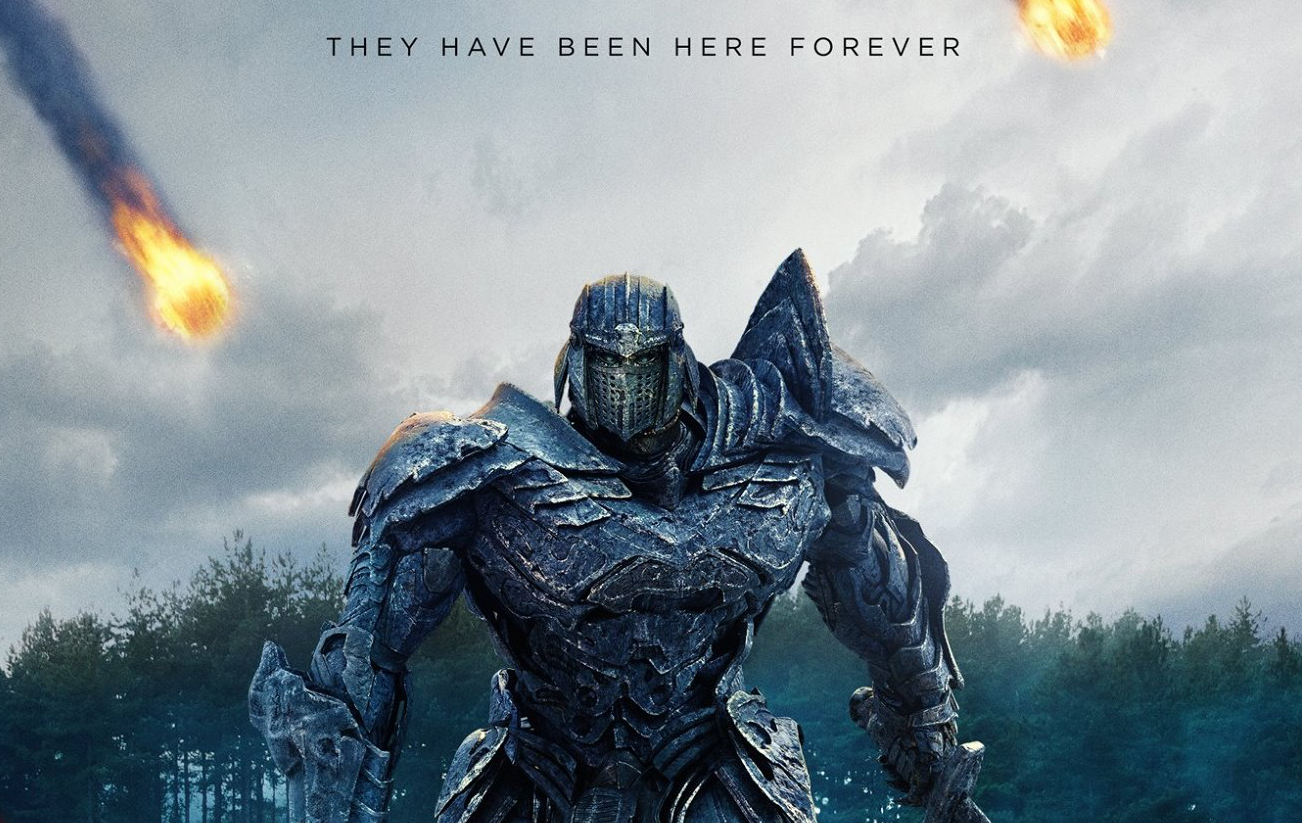 In “The Last Knight,” Transformers have been declared illegal. If only Hollywood would support that same declaration.

Still, it’s better than 2014’s “Transformers: Age of Extinction,” in which Bay had Cade’s 17-year-old daughter (Nicola Peltz) parading about in ludicrously short shorts and ankle boots while dating a 20-year-old who carried a laminated card explaining that it’s OK for him to sleep with a minor under Texas statute 22.011, aka the “Romeo & Juliet” Law. Because that’s not creepy at all. Someday, I’d love to meet the woman who hurt Bay so deeply.

Yes, that’s zero stars you see up there.

By part five, however, the humans have been reduced to caricatures, while the Transformers exist only to destroy things and mumble the occasional rap lyric. As a showreel for the extraordinary capabilities of special effects departments, Transformers: The Last Knight is great. On every other front it’s an abysmal waste of time.

It’s a film where nobody bats an eyelid at an alien robot t-rex, but if you believe in the possibility of magic well then you’re obviously a crazy person. Perhaps worst of all, it’s a film that has Sir Anthony Hopkins deliver the line “what a bitchin’ car she is!”

Michael Bay’s Transformer films have been many things: loud; obnoxious; loud; silly; overtly racist; nonsensical; loud; annoying; unfunny; and loud. But for all their many, many, many, many problems, they have at least never been boring. At least not until now.

Cogman (Carter) [is] one of the worst things Bay has ever come up with for these films (and that is saying a lot). Cogman, Burton’s Transformer butler, seems to be the result of Bay and his screenwriters binge-watching Downton Abbey while feverishly writing The Last Knight script and getting the two somehow intertwined.

He’s meant to be a bit of comic relief to create pauses in Hopkins’ endless recitation of fake history, which gives us the spectacle of Carson the Butler alternately singing, attacking Mark Wahlberg or randomly screaming profanity. It’s so strange, it almost manages to render concepts like ‘good’ or ‘bad’ obsolete.

And over in the Twitterverse …

In the new Transformers film, Autobots & Decepticons are made from TRANSFORMIUM. Don’t let anyone discourage you from chasing your dreams.

A nuanced and thought-provoking review of the new Transformers moviehttps://t.co/o4nYqnmYyb pic.twitter.com/BZTvuT4gKf

the new Transformers is trying to advertise on tumblr. the trailer has 94 notes & one comment reblog: “Optimus prime can eat my ass out.”

Guys, come on. Be fair. Those Transformers movies. They’re more than meets the eye.

If I go see Transformers, I wonder if I should discuss it tastefully here, Mummy-style…

PLEASE DISCUSS IT MUMMY-STYLE, GAIL. PLEASE. THE FATE OF THE WORLD IS IN YOUR HANDS.