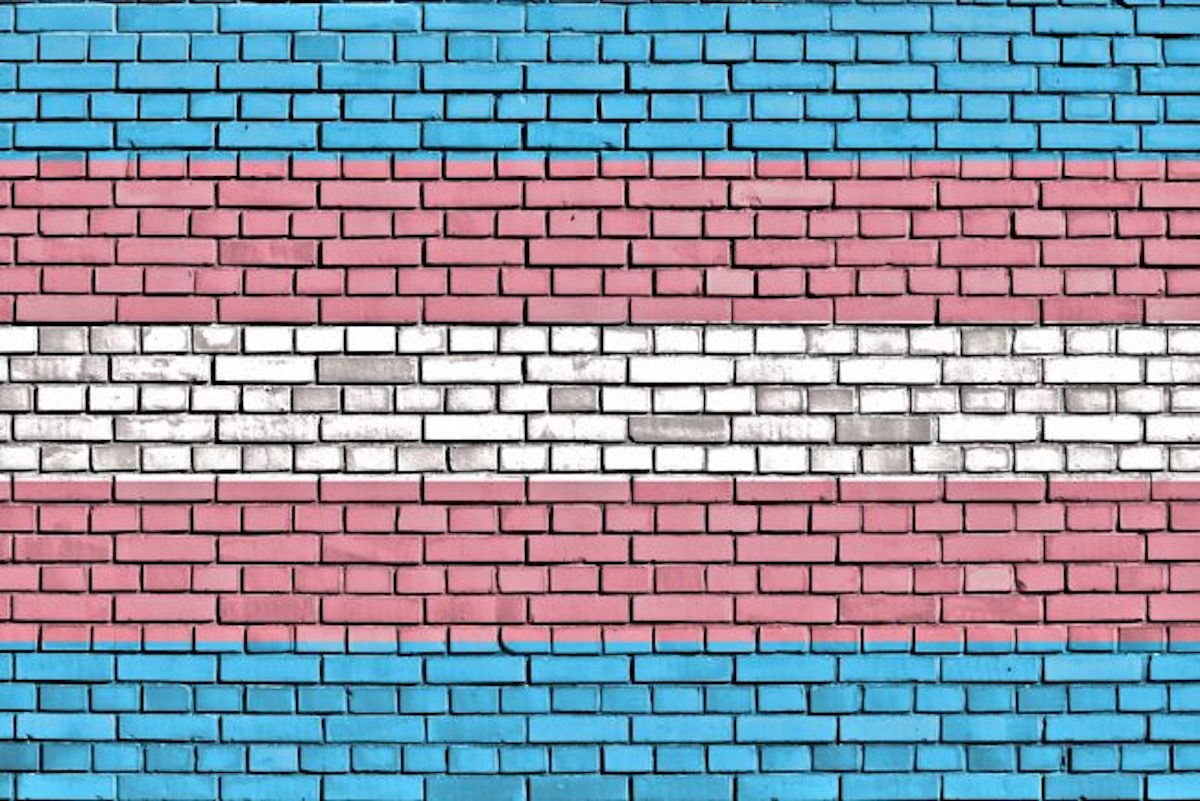 I drive twenty miles to and from my workplace in Oxford, England, Monday to Friday. For the uninitiated, Oxford is not only the stately seat of one of the world’s oldest and most beautiful universities; it is also an absolute nightmare zone for traffic, which is pretty much what happens when one cramped city provides the jobs for everyone in a vast rural county.

This is not a rant about the execrable state of the road system in Oxfordshire, although I could provide one on the spot (interested parties please apply below). The point is that, when a twenty mile journey takes over an hour on the regular, you listen to the radio a lot. Imagine my feelings when, already riled about having moved two car lengths in thirty minutes, I heard veteran clinician Robert Winston—usually pretty left wing!—assert that it isn’t actually possible for a person to physically change their sex. You know. Actually.

Wow. This is going to be big news for a lot of people I know who’ve physically changed sex.

Specifically, Winston was responding, on the supposedly neutral BBC Radio 4, to a news item about waiting times for Gender Identity Clinics in the UK. Gender Identity Clinics are, effectively, the first stop for people seeking any kind of transition on the NHS. First of all, you go to your GP. If you’re as lucky as I am, you go with a supportive friend who will dress as a chaotic twink Harrison Ford and flummox the doctor by having forgotten more about the system than Doc will ever be arsed to learn.

The doctor asks you a series of questions from a form provided by the nearest GIC to you. I came prepared with form in hand, which is lucky because my doctor, although generally very well-meaning, had absolutely no idea where it was to be found. He did not understand why most of the questions on the form were there—Have you ever suffered from a mental health condition? What is your BMI? What is your waist measurement?—but he answered them with me dutifully, trusting that the GIC, in its infinite wisdom, knows what it’s doing.

Unfortunately, the NHS is floundering as it is, as ten years of Tory rule see it sold off piece by piece, and trans healthcare has been the first bit of dead weight to be jettisoned. If there was ever any doubt that nobody gives a shit about trans and non-binary people, it has now vanished entirely.

There are seven GICs in England. The nearest one to me is in London, over sixty miles away from where I live. They received my referral from my doctor last August, and I, then naive, thought things were finally on the move. But I heard nothing, and still nothing, until eventually I rang them and was told that I would—if my referral was accepted, i.e. we’d used the right words and ticked the right boxes—receive a welcome pack, probably in January or February of 2020. After this, it would be another six months to a year before a first appointment could be arranged. A first appointment.

I was horrified by this, until I looked into the truth of it. At the Nottingham Clinic, one of few that’s actually listing waiting times in keeping with what’s being reported by the trans community, waiting times for a first appointment are currently at two and a half years from referral.

Two and a half years.With suicide rates among trans people being elevated as they are, there are many who won’t live to see their first appointment. Waiting times are so long that the issue is being picked up in the mainstream press as a travesty. Robert Winston, bastion of the establishment on Radio 4’s flagship Today Programme, though? He knows the score. Waiting times have to be this long, he explained, while I fumed in the car, because changing your sex isn’t really possible. Because the causes of transgenderism and dysphoria are not understood. Because the long wait gives people who “think” they’re trans or non-binary the opportunity to sit in a corner and think about what they’ve done.

Bullshit, obviously, but Winston is far from alone. Trans healthcare is the focus of gatekeeping in the UK to a horrendous extent, with particular emphasis being placed on the idea that none of us know what we’re really doing to ourselves, and so a whole parade of cisgender doctors has to sign off every step of progress made, because they know best. Jump through the right hoops, and maybe you’ll get your hormones in the end. Or maybe you’ll die first.

I am in the very privileged position of being able to pay for a private appointment with GenderCare, an association of London-based doctors who provide specialist consultations for those who, like me, are astonished and dismayed by the waiting times for GICs. The GIC backlog is so enormous, though, that the knock-on effect means even private appointments have waiting times of four months or more.

Moreover, the same palaver of hoop-jumping applies. You might think that if I, a competent adult with a PhD and a mortgage, were to pay money to a doctor and say “my chest has made me suicidally uncomfortable and dysphoric from the moment it began to develop, and I would like you to remove it,” they’d trust my word and do it. After all, if I wanted a simple breast reduction, they’d do it, if I was willing to pay. If I wanted to blow the damn things up to gargantuan, video game proportions, the line would be that it’s my body, my choice.

As soon as gender comes into it, though? We don’t know what we’re talking about. We need to be protected from ourselves.

The Gender Recognition Act in the UK is in desperate need of reform. At the moment, the barriers to acquiring a gender recognition certificate are arbitrary at best, actively transphobic at worst. “Proof” is required that a person has lived “full time” in the “gender of their choice” for over a year, which might take the form of a letter from your doctor or employer, or evidence of a name change.

Basically, you need a teacher’s note, because you couldn’t possibly be trusted to know anything about yourself, despite—you know—being the one living in your body. Where situations are not binary, understanding is extremely limited: I asked numerous doctors what would constitute evidence of “living in my chosen gender” if that gender was “non-binary transmasc” and the response, after much deliberation, was bizarre and astonishing. I would have to show, they suggested, that I had dressed in masculine clothes and had a masculine haircut for over a year.

To begin with, that’s … not what non-binary means. Also, “masculine clothes”? I’ve heard stories from friends who’ve been turned down for further referral, at appointments they’ve paid for with GenderCare, because they were trans men wearing earrings (which obviously men never do) or trans women wearing jeans (who do they think they are—Katharine Hepburn??). Not trans enough, according to cis doctors with an absolute bare minimum of education in the subject. And God forbid you should have mental health problems, such as the depression which often accompanies living with dysphoria. The moment you admit to being mentally ill, your capacity to make any decisions about your own life is instantly dismissed. As a result, trans people suffering with depression are afraid to admit as much to their GPs, because a diagnosis of depression would mean a further roadblock to accessing the hormones and surgery that might just make the depression lift for good.

If the wait for hormones on the NHS is long, it is nothing compared to the wait for surgery. I have seen comments on the Gofundme pages of young trans men trying to raise the necessary £6k for top surgery, having finally received referrals for it, saying “aren’t you in the UK? Isn’t this stuff free there?”

Yeah. Not so much. In any sense of the word.

The situation for trans people has improved over the past three decades; nobody would deny that. But the UK currently seems poised on the edge of a grim meathook future in which trans rights are at the bottom of everyone’s list of concerns. In December, we had an opportunity as a nation to vote for a Labour manifesto which would have enshrined the rights of trans people to recognise their own genders in law. Instead, Britain voted for Boris and Brexit and bigotry. Instead, TERFs like JK Rowling are being defended by public figures, and then defending other TERFs, like Maya Forstater, in their turn.

Trans people, in the UK as in the US, are a bogeyman, an imagined horror held up to distract the right wing masses from the nation burning behind them. As we settle in for another five years of Toryism, I can’t see this changing any time soon.