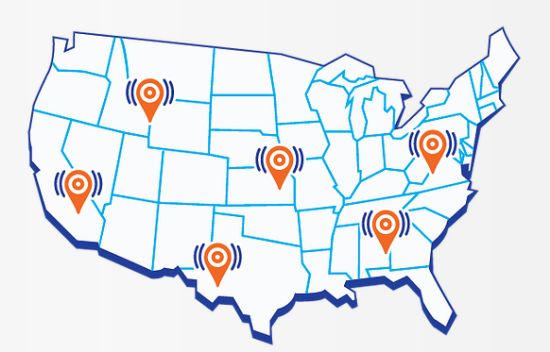 An airline losing your luggage is one of many terrible things about flying. You land in a new place, go to the baggage carousel and wait, and wait. And wait. Bags that look like yours come down the chute, but are picked up by other travelers. You start to worry. Eventually you realize your bag’s not there at all. Then you talk to someone at the airline who tells you that not only is your bag not at that airport, but they have no idea where it is. GlobaTrac has introduced the TrakDot, a small cellular device to track your luggage so you can at least tell the airline where they sent it. Then you can tell them where to stick it.

GlobaTrac showed off the device at the Consumer Electronics Show (CES) happening right now in Las Vegas that you’ll be reading a lot about this week. It’s where companies debut the latest and greatest in technology. Where does he get those wonderful toys? He gets them at CES, and we’ll be bringing you the ones we think are the coolest all week.

The TrakDot is being tested with a pilot program right now, but the company says they will be commercially available by March of this year for a price of $50 and a $12 annual fee for using the service. The location tracking will be through cellular signals rather than GPS, which the the CTO of GlobaTrac Joseph Morgan insists is the more reliable option, because GPS signal can be lost without a clear view of the sky. GPS is more accurate, but as long as the TrakDot works well enough to tell you and the airline which city your bag is in, it should be fine.

Anyone still worried that cellular signals can affect a plane during takeoff and landing needn’t concern themselves over TrakDots on board. The FAA doesn’t regulate any cellular signals in the luggage compartment of airplanes, and even if they decide to, TrakDots are designed to shut themselves off during takeoff and landing by using an accelerometer to know when those events are happening.

The cellular signals tracking the devices will be controlled by a cell carrier that we’ve never heard of, but that Morgan owns, named Aspenta. Despite the low profile, Morgan says he has roaming deals with major carriers around the world, so the TrakDot should be able to be found — and get the luggage it’s in found — anywhere.

This seems like the kind of thing an intrepid geek could put together MacGyver-style with an old cell phone and some duct tape, but a main advantage to the TrakDot is that it boasts a three-week battery life, which is about 20 days more than most people get out of the battery of their smartphone. Also, you probably don’t want the person inspecting your luggage at the airport to find a cell phone duct-taped to anything inside your bag. You could have some explaining to do, and that can be a bigger hassle than losing your luggage.

This is being touted as a luggage tracking device, but it could presumably track other things as well, and although it’s being targeted at consumers, maybe airlines should consider buying them all up. They cost as much as one checked-bag fee, and they could really cut down on the number of bags lost.

(via Ars Technica, image via GlobaTrac.com)